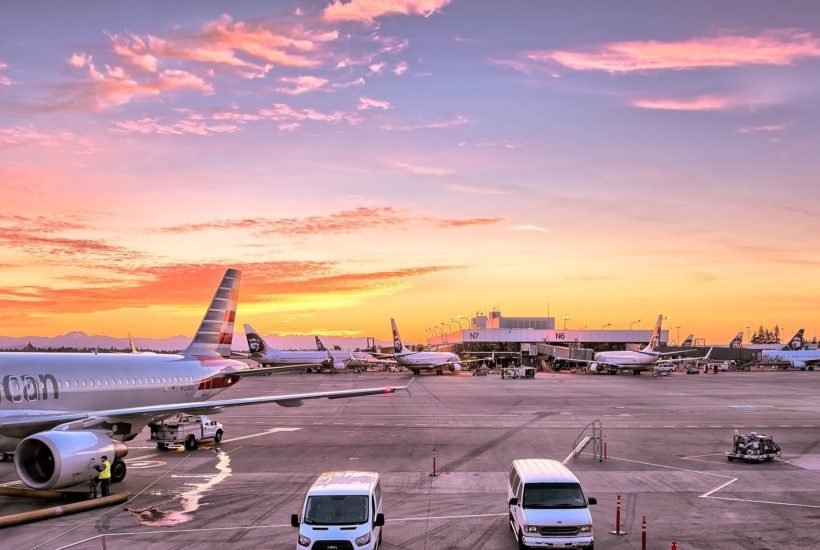 U.S. Secretary of Transportation Elaine Chao announced in July that more than $273 million in airport safety and infrastructure funding has been approved for 184 airports in 41 states and six territories. Program details can be found here for airport safety and infrastructure grants. The bulk of the funding, just over $242 million, is provided through the FAA’s Airport Improvement Program, while $31 million is a result of the recent Coronavirus Aid, Relief, and Economic Security (CARES) Act.

This funding provides a 100 percent federal cost share for airport projects that fall into the category of infrastructure and/or safety. Projects of numerous types are eligible, but recently approved ones range from runway and taxiway construction to lighting improvements  and master plan studies. And, most of the projects are slated to launch within the next year.

Plans for a major renovation at Punta Gorda Airport are underway and will be enhanced by a grant allocation of $471,305. The FAA funding will cover the design phase for renovating the airport’s 7,193-foot-long runway. Construction is slated to begin in 2021. Punta Gorda Airport is off the Gulf Coast north of Fort Myers.

Boca Raton Airport received a $694,444 federal grant to update its master plan. This upfront work will outline and prioritize airport improvement projects and expansion plans for the next two decades. Recent conversations have focused on new additions related to lighting, signage, taxiway and runway drainage, and other improvements. The 243-acre airport is in southern Palm Beach County.

While Tampa International Airport didn’t receive funding in the most recent round of FAA grants, numerous upcoming projects have been announced. The projects are listed in the airport’s 2021 Proposed Budget. Among those is an elevator modernization project projected to cost approximately $7.4 million. It is slated for the airport’s main terminal. Another technology project covered by a fiscal year 2021 capital commodity plan has a cost allocation of $1.5 million, and an airside A&C shuttle car and control system replacement project totaling $13.2 million is anticipated in the near future.

Miami International Airport is working on the solicitation for a new hotel with a 30- to 50-year lease agreement. As the nation’s second-busiest airport, officials hope to partner with a group to construct a “world-class” 350-room hotel. The plans call for the new hotel to be connected by a pedestrian bridge to Concourse D. Amenities will include a restaurant, business center, 20,000-square-foot meeting space for events, and a fitness center.

A small airport off Interstate 5 in northern California has been notified that it will receive funding for renovations. The Dunsmuir Municipal-Mott Airport was awarded $3.2 million to perform critical renovations to the runway and reconstructing the taxiway. City officials were pleased to announce that the airport runway, which has been in disrepair for some time, will now be completely refurbished and made safer.

Engineering and design work is nearing completion for a new $13 million terminal for Texarkana Regional Airport. The facility, which is located along U.S. 67 east of downtown Texarkana, received $3.6 million in FAA grant funding. Construction of the new terminal is just one part of a larger $34 million project for the airport.

Columbia Regional Airport will extend one of its runways with the help of a $9.9 million federal grant. The Columbia City Council in March approved extending Runway 2-20 from 6,500 feet to 7,400 feet in order to be able to accept larger aircraft and also increase takeoff and stopping distances. City officials estimated the total cost of construction at $11 million, and the city has budgeted an additional $1.1 million for the runway extension project. This project will be launched in 2021.

Although airports in the state of Louisiana did not receive grant funding from the FAA, the Louis Armstrong New Orleans International Airport is working to finalize its master plan and has numerous projects already slated for the near future. Once the plan is completed, interested contractors will be able to find numerous and diverse improvement and expansion projects outlined. The airport is just south of Interstate 10 and Lake Pontchartrain.

Hillsboro Airport has a $2.8 million construction project planned for early 2021. Officials have announced that a contractor will be selected to reconstruct almost the full length of Taxiway A and connect it to several other taxiways. The work will be performed in conjunction with the FAA and Port of Portland Operations.

The city of Atlanta is scheduled to release a request for proposals (RFP) for on-call engineering services at Hartsfield-Jackson International Airport. An engineering firm will be selected to provide ground surveys in support of upcoming work that will be handled by the city aviation planning and development department. Atlanta’s airport held the distinction of being busier than any other airport in the U.S. in 2019. More than 110 million passengers passed through the airport either departing on or arriving back from airline flights.

Although these most recent grant awards will not fund huge airport projects, the funding will enable the launch of thousands of smaller contracting opportunities. Projections for increased airline travel in 2021 are strong, and pent-up demand will result in even more upcoming airport projects of all types.

(Featured Photo by Pixabay via Pexels)