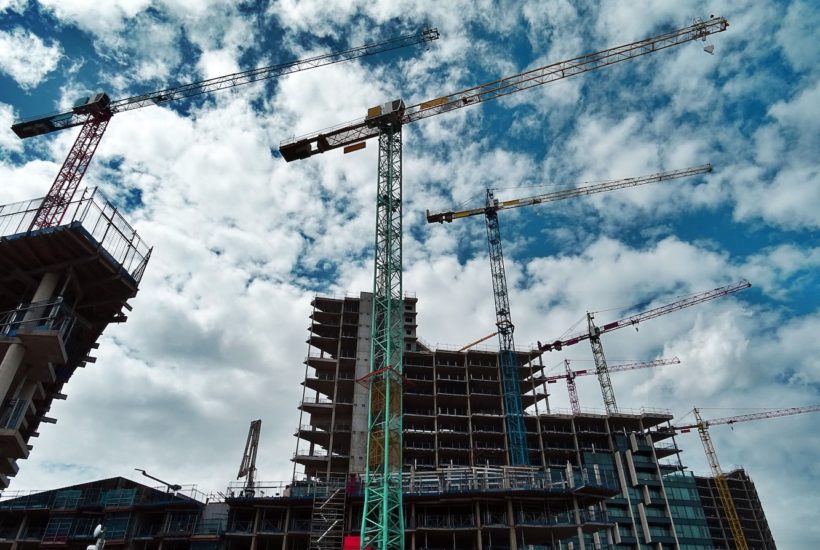 In spite of a decline in contracting opportunities in state and local government, public officials are announcing dozens of new, large projects each week. The announcements usually include upcoming solicitations for new construction projects as well as renovation and upgrade projects.

Because of population growth, many of the most recent announcements have expansion projects. Educational facilities need more classrooms, cities, and counties need more office facilities, and economic development organizations have plans to develop more revenue-generating venues. Overall, it appears that contracting opportunities will not suffer much as a result of fewer solicitation documents that are anticipated over the near term. Here’s a sampling of what to anticipate in 2021.

Broome County is planning a two-phase $180 million renovation project for the Floyd L. Maines Veterans Memorial Arena. The project will be a rather large one, and the first phase work has a projected cost of $58 million. That work will involve improvements and upgrades to the arena’s current space. Phase two of the project carries an estimated cost of approximately $125 million. It will include construction of a second ice rink and a convention center, both of which will be linked to the current arena.

The objective is to increase the number and type of activities that can be accommodated in this downtown. Accommodations will be made for e-sports, various types of tournaments and space for practice sessions by the American Hockey League Binghampton Devils. Phase two will also include another downtown hotel and a new park alongside the Susquehanna River. Formal solicitations for the project may be delayed until 2022, but interested contractors and/or partners will find no better time than now for positioning and pre-sales activities.

The Mississippi Legislature ended its yearly session with the approval of a bond bill in the amount of $291 million. This funding will be allocated for various types of projects. The sum of $13.5 million is earmarked for Mississippi Valley State University. The school will expand its student union building and upgrade other facilities. Another $13.5 million has been set aside for repairs to the state capitol building, grounds, and War Memorial building. Funding also will be provided to the city of Tupelo for repair, renovation, and expansion of the BancorpSouth Arena and Conference Center. Greene County will receive funding for the renovation and expansion of the county’s rural events center in Leakesville.

The Georgia General Assembly’s final version of a $25.9 billion fiscal budget was adopted in June and it calls for making $70 million available for an expansion project related to the Savannah Convention Center. Another $10.24 million is allocated for infrastructure improvements to the Georgia World Congress Center in downtown Atlanta. The budget also will finance universities, colleges, and technical colleges. Specifically, $5 million is designated for renovations at the Driftmier Engineering Center at the University of Georgia’s main campus in Athens, $4.8 million for renovations to the Dublin Center and Library on the Dublin campus of Middle Georgia State University, and $4.5 million for renovations to the Memorial College Center on the Armstrong campus of Georgia Southern University in Savannah.

An architecture firm will be selected to conduct a fast-tracked assessment of the Holyoke Soldier’s Home for an upcoming renovation and expansion project. The state of Massachusetts has designated 12 weeks for a firm to complete a needs assessment that will provide three scenarios for improvements that focus on infection control and needs of the residents. Planning for this project which is projected to cost approximately $116 million plan began years ago. The objective is to expand the facility with a five-story addition that provides 120 new private rooms.

The Seymour ISD has announced plans to convert the Seymour Middle School Sixth Grade Center into an intermediate school for fifth- and sixth-grade students and also upgrade Seymour High School. Construction should begin in 2022 on this $52.45 million project. Objectives include the provision of additional classroom space, enhanced security, upgraded accessibility, and expansion opportunities for career and athletic programming. Enhancements and upgrades also will be made at the intermediate school. These include the construction of a new kitchen and cafeteria, administrative office, gymnasium, library, and band and choir rooms. The number of classrooms will be increased from 15 to 38. At the high school, a minimum of 25 new classrooms will be added and a corridor will be constructed to relieve congestion and create space for additional lockers.

SEE ALSO  How much are American couples spending on weddings?

The Greenbrier County Courthouse, built in 1837, is slated for an expansion project that will add approximately 22,000 square feet. The new annex, which will have an elevator, will be attached to the northern end of the current courthouse. The solicitation for construction is likely to begin in December. The construction project will include code upgrades and the upgrading of air conditioning equipment, sprinkler systems, and heating units. A secure elevator will be added in the existing courthouse to move prisoners.

These projects are indicative of what can be found by researching upcoming contracting opportunities. Each new project also will require additional purchases related to technology, security, upgraded equipment, furniture, office supplies, landscaping, and numerous professional services. The government marketplace is still one of the hottest places to find abundant opportunities for private sector firms.