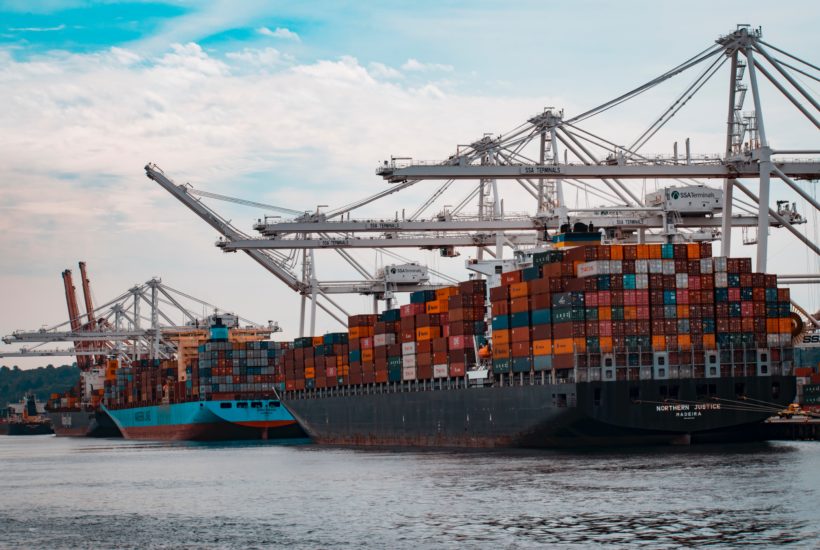 It is easy for government contractors to overlook opportunities related to ports in the United States. That should not happen though because ports throughout the country have seen a surge in imports over the last several years, and many of them – undaunted by the pandemic – are launching projects that require private-sector partners. Take a look at some of these upcoming contracting opportunities.

Officials at the Port of Los Angeles are preparing to launch a $24 million project that includes construction of a pedestrian bridge and the development of a 12-acre entry plaza. The bridge design is underway now and will be completed in spring 2021. Design of the railyard expansion, which includes the construction of five new tracks, enhancement of three existing tracks, land preparation and more is scheduled to be completed in 2021. Construction will begin in 2022 on projects that are estimated to cost approximately $40.5 million.

In 2020, the governor of Maine designated the port of Searsport to support the transportation, assembly, and fabrication of offshore wind turbines and called for a study to further analyze related needs. The study will include recommendations related to port upgrades, and a public-private partnership venture will be considered. Once the study is complete more decisions will be made and contracting opportunities will be outlined with projected costs. Dredging the commercial channel of Searsport, which serves Mack Point, is planned.

The Port of Everett’s Capital Improvement Plan outlines plans for development of the Everett waterfront. The objective will be to improve and enhance the area for commerce while developing it as well for recreation for citizens and visitors. The plan includes 74 projects and many that will be launched in 2021. A sampling of upcoming contracting opportunities includes:

The Port Authority of New York/ and New Jersey has announced plans to transform the busiest bus terminal in the county. Plans are in place to spend as much as $10 billion on the port’s 70-year-old bus terminal in Midtown Manhattan. The project may include selling rights for the construction of a commercial tower on top of the expanded terminal and possibly the three other high-rises nearby. The plan requires environmental reviews and then officials will apply for federal funding. Many contracting opportunities will result. Port Authority officials say that the new terminal needs to have the capacity of handling 1,000 buses. Currently, the facility manages about 850 buses. The plan also calls for charging equipment for electric buses.

The Port of Houston’s planning documents provide for capital projects to enhance the port’s waterway, industrial property, roadways, rail infrastructure, and its port facility. In 2020, the port was awarded more than $100 million in federal grants for these types of projects. And some of the immediate plans include:

The Port of Galveston has announced a bulkhead replacement and mooring upgrade project which has an estimated cost of $17.3 million. In 2023, a slip fill project has a projected cost of $16.1 million. Another project at Pelican Island in 2023 has a cost estimate of $21.2 million, and an auto processing berth project has a price tag of $30 million. Within the next 10 years, expect contracting opportunities for several projects that each has a cost estimate of more than $100 million.

Officials at the Port of Miami plan to invest $756.8 million for six new cruise terminals over the next five years. Planning documents also call for these large projects within the next several years:

Companies that can provide the types of services that port officials will be seeking over the next several years should pay close attention to these opportunities and others across the U.S. Upcoming public-private contracting engagements at ports promise the potential for billions of dollars in new business for private-sector firms.