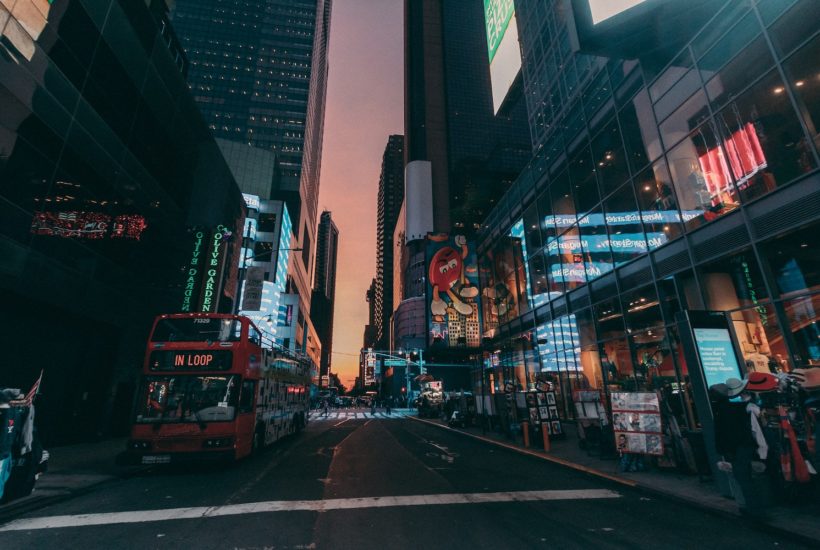 Public transportation congestion is surging. Demand for roadway access exceeds capacity, and something must be done. Time is lost, air quality is compromised, and motorists are frustrated to the point of exhaustion.

Messages delivered by public officials in the past have fallen on deaf ears in many parts of the country. Americans continue to resist all attempts to reduce their reliance on cars. That objective will be pushed even harder in 2020.

Motorists who dislike public transit want free roadways. Some taxpayers are not happy about public funding flowing to mass transit projects. But, as population growth continues, public transportation leaders will eventually win the battle. That will initiate big changes throughout the country, and thousands of contracting opportunities will result. Here’s a quick look at what is happening.

Some cities, New York and others, are turning to congestion pricing. Beginning in 2021, motorists will have to pay to enter those cities. Fees have not been determined, but current discussions center on $11 to $14 per automobile and about $25 per truck during prime business hours. Fees will fluctuate depending on the time of day.

As elected officials monitor this option, other congestion reducing options will also be considered. In a 2019 Urban Mobility Report by the Texas A&M Transportation Institute, researchers suggest congestion relief options such as new or expanded public transportation facilities and larger bus and rail fleets. Although those options are not popular with most Texans, other states are testing them and Texas leaders appear ready to do the same.

Efforts to improve public transit in Atlanta took a step forward as the Atlanta-Region Transit Link Authority released a tentative list of 76 projects in a transit plan. Additionally, Projects include linking the Clifton Corridor and the Beltline in Atlanta, a MARTA extension to Norcross, and a commuter rail project in Clayton County.

The plan also includes increasing bus rapid transit services along various routes and other improvements across a 12-county area. A number of projects will require hundreds of millions of dollars from federal funding, local sales taxes, or other revenue sources.

Over the next four decades, the San Diego area is expected to grow an additional 22 percent. The San Diego Metropolitan Transit System, through its Elevate SD 2020 campaign, plans to ask voters in November 2020 to approve a sales tax increase to roughly double the agency’s $300 million annual budget. That’s because of projects that need to be launched to ease public transportation congestion.

Projects include improvements and expansions to trolley lines, increasing rapid bus lines, a bay ferry service, and a skyway to be used in areas where buses aren’t practical. Another proposed project would result in a new transit route between Pacific Beach and the Mid-Coast Trolley extension currently under construction.

The Northern Indiana Commuter Transportation District’s (NICTD) West Lake Corridor commuter rail project has been moved into the engineering phase. The district will now begin design and engineering on projects that include four new stations along an eight-mile extension route. NICTD will select a firm, or partnership of firms, for a design-build contract that should be completed by 2024.

In addition, the district has a second major commuter rail expansion project that includes 17 miles of track construction, four new bridges, high-level platforms at three stations, elimination of street-running rail in Michigan City, and the closure of 21 grade crossings.

Hampton Roads Transit (HRT) plans to expand its bus and light rail service. Two transit planning firms are reviewing the possibility of adding locations to connect Downtown Norfolk to the eastern portion of the city.

Those areas include the Norfolk International Airport, Naval Station Norfolk, and Military Circle Mall. This project will lay the foundation for an innovative transit plan across the six cities it serves. It will also help Virginia qualify for future federal funding.

NJ Transit has issued a request for expressions of interest (REOI), due in November, to identify an experienced private developer or joint venture partnership of developers to implement transit-oriented development projects on transit property.

The location adjoins a 37-mile area that includes 21 stations across 15 municipalities. Developers could utilize air rights to pursue larger projects at some stations.

Over the next five years, Metra in Chicago plans to spend $365 million on stations and $409 million on tracks, bridges, and structures. Another $1.2 billion will be spent on new rail cars, and $620 million will be used for facilities, equipment, and signal improvements. The commuter railroad has more than 400 bridges that are 100 years old, and its locomotives and cars are 30 years old.

The governor has an $18 billion transportation bond bill (H.4002) to benefit the Massachusetts Bay Transportation Authority (MBTA). The proposed bill funds $5.7 billion in improvements, including $3.4 billion for bus projects, the purchase of low-carbon vehicles.

Furthermore, $825 million for the South Coast rail project, $400 million to improve the commuter rail and $300 million in direct capital transfer to the MBTA. It also authorizes funding for other projects over the next five years and is part of MBTA’s $8.2 billion transportation effort. See public transportation projects across the state.

The Federal Railroad Administration (FRA) has announced new available funding through the State Partnership for State of Good Repair Program (Partnership Program). The funding includes another $396 million to boost private, state, and local investments. The effort to boost public transit to combat traffic congestion is definitely a trend to watch.