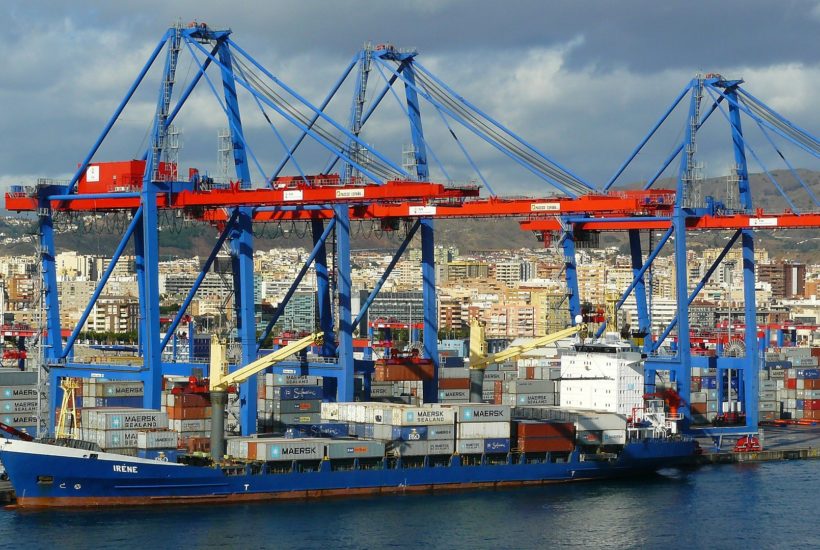 We know that an infrastructure bill is coming, and the debate in Congress will likely begin in July. Industry leaders, public officials, think tanks, and economic development organizations have provided lots of input. They know that some of their messages have been heard.

There is no consensus between Democrats and Republicans about how the bill will be structured, but one thing appears certain – Congress must deliver an economic recovery bill. Because infrastructure is considered to be the quickest route to economic recovery, it is safe to assume that large amounts of funding will be allocated to infrastructure projects. Depending on how the final infrastructure bill is structured, the funding could come completely from the government or it could be delivered from various types of alternative funding sources.

And, when an infrastructure bill passes, it will almost certainly include funding for the country’s seaports. That’s because America’s sea and inland ports are essential cogs in the country’s economic recovery. Ports have played an incredibly important role in our short-term emergency response to COVID-19. The delivery of vital commodities and products reached recipients through ports. And, despite very difficult times, a vast majority of ports managed to remain open to cargo operations.

Data is always lagging but according to the American Association of Port Authorities, cargo activities at U.S. seaports accounted for 26 percent of the U.S. economy in 2018. A study released by the organization outlines approximately $5.4 trillion in total economic activity and more than $378 billion in federal, state, and local taxes that resulted from economic activity related to ports.

The anticipation of large amounts of revenue through an infrastructure bill is encouraging, but the reality is that there’s already a great amount of activity at most seaports. Planning documents have been completed or updated and contracting opportunities are abundant. Additionally, the potential for public-private partnerships is great.

The world’s third-largest cruise port, Port Everglades, recently received approval from the Broward County Board of County Commissioners for its 20-Year Master/Vision Plan. The county manages the port’s operations, and the plan outlines 50 projects for delivery through 2028. Currently, the projects are projected to cost approximately $3.02 billion. Immediate opportunities include: Terminal 21 redevelopment at a cost of $124 million; the Ro-Ro Yard relocation and expansion for $10 million; upgrades to the Entrance Channel North Wall for $12 million; and other projects estimated at $26 million.

SEE ALSO  The secret to success, according to Amazon CEO Jeff Bezos

The Los Angeles Board of Harbor Commissioners has approved a $1.5 billion budget for Fiscal Year 2020-2021 that includes a $163.6 million capital improvement plan that provides funding for numerous terminal upgrades. Projects include an allocation of $38.1 million for improvements at the Everport Container Terminal and a $4.8 million project designated for the Pasha Terminal. The port’s waterfront public access projects include work at the San Pedro Public Market estimated at approximately $42.3 million. Smaller projects are set for the Wilmington Waterfront Promenade. Security related projects, whichinclude the development of a Port Cyber Resilience Center, are funded at $7.8 million. This port is considered to be North America’s leading seaport by container volume and cargo value, and it facilitated $276 billion in trade during 2019.

The U.S. Department of Transportation in June awarded a $6.1 million grant to the Tulsa-Rogers County Port Authority for the Tulsa Port of Catoosa. Funding was obtained from the federal Infrastructure for Rebuilding America (INFRA) Program. which provides approximately 50 percent of funding for projects such as the port’s rail switching project. Work will include the improvement of an existing 3-mile industrial rail spur. The completed project is estimated to cost $12.1 million. In 2019, the Public Service Company of Oklahoma entrusted the Tulsa Port Authority with future development of the Inola industrial site by granting an historic land transfer of 2,000 acres. In May 2020, a firm was hired to process survey data so that the project could move forward.

A $16 million federal grant was received recently by the Toledo-Lucas County Port Authority. The revenue is designated for a project that will receive an additional $4 million to rebuild and upgrade a mile-long dock wall. The dock-wall reconstruction is expected to take three years to complete and will be done in phases so that port operations can continue unabated. About $6 million of the funding is allocated for construction of a bulk-liquid transfer and storage facility. Currently, the port authority cannot perform liquid cargo movements, but the completion of this project will remedy that as well as allow for multiple sources of commodities.

SEE ALSO  How to keep your gadgets safe while traveling

The Port of Houston Authority was recently awarded $79.5 million in federal funding to improve 2,700 linear feet of wharf and upgrade 84 acres of yard space at the Barbours Cut Container Terminal. Total cost of the project is $198.7 million. The upgrades will reduce ship delay by providing additional berthing capacity and will decrease truck turn times, idling, and congestion. The port has several other projects planned including an inspection and repair design of wharves at Turning Basin South. Another upcoming project is for construction at the Bayport Terminal Wharf 6. In the fourth quarter of 2020 construction is scheduled to begin on a new maintenance facility at the Barbours Cut terminal.

A study has been approved by the Port of Woodland to evaluate the potential of a railroad-dependent development on recently acquired port land along Kuhnis Road. The study will provide critical engineering information required for funding applications as well as future port investments. Once funding is secured, contracting opportunities will be available.

There is no doubt that America’s seaports will continue to generate an abundance of contracting opportunities in the future. but contractors now may find projects of interest at almost every port in the nation.

(Featured image by cocoparisienne via Pixabay)