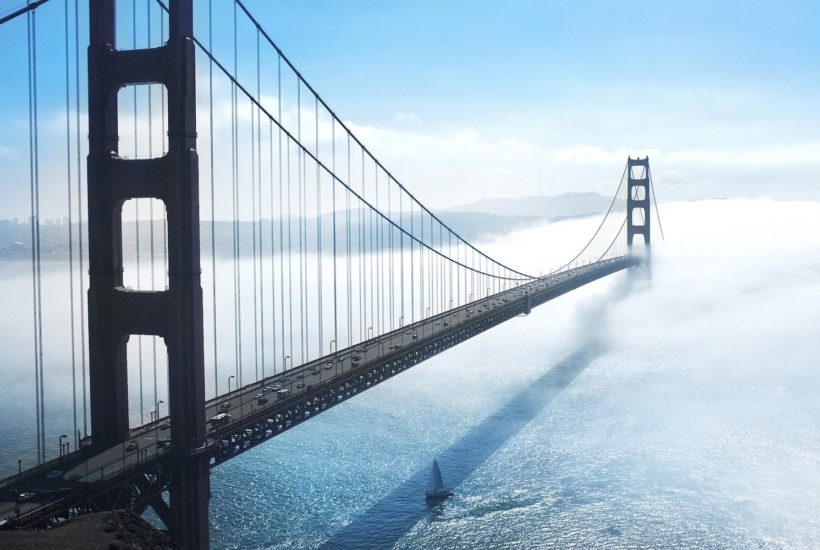 Bridges, a critical part of America’s infrastructure, need immediate attention. The U.S. Department of Transportation’s 2019 National Bridge Inventory database shows that 81,000 bridges should be replaced and more than 46,000 are structurally deficient. In spite of the data, millions of motorists cross these structurally deficient bridges every day.

The American Road & Transportation Builders Association estimates that the cost to repair the country’s bridges is approximately $164 billion. If that statistic appears startling, consider this – at the current pace of repair, construction could easily take more than a half-century.

Time and the environment will continue to play a huge role in the deterioration of America’s bridges. Repair and reconstruction needs will only become greater. Hundreds of immediate projects are available for construction and engineering firms that perform bridge work.

The Illinois Department of Transportation approved a $21.3 billion highway program this month to improve 8 million square feet of bridges and more than 3,300 miles of roads over the next six years. Of this amount, $3.15 billion has been allocated for the current fiscal year. An Interstate 80 project, with a cost projection of $1.1 billion to replace two bridges, will have funding disbursements that span from 2021 to 2026. In 2021, $74.5 million is allocated for replacements, superstructures, widening, reconstruction, new construction engineering, and utility adjustments. Many additional projects are outlined in the state’s transportation plan.

Beaufort County will receive $120 million from the state to fund what is referred to as the U.S. 278 corridor project. This project will overhaul the only connection between Hilton Head Island and the mainland. Cost projections exceed $272 million. Components of the project include widening the entire corridor to six lanes, adding right-turn only exits off U.S. 278, and building an underpass on Pinckney Island. Another part of the project involves the construction of a multi-use pathway over the bridge.

Prince George’s County has released its 2021-2026 Proposed Capital Improvement Program and Budget for the Department of Public Works and Transportation. One project is the replacement of a 30-foot concrete bridge in Clinton over Piscataway Creek at a cost of $5.7 million. Design of the bridge is scheduled for 2021, and construction will begin in 2022. The Livingston Road Bridge, another structure that crosses the Piscataway Creek, will be replaced at a cost of $8.4 million. A total of $29.6 million will be dispersed from 2021-2026 to fund the replacements or rehabilitation of county bridges in the state.

This state currently has 314 bridges in poor condition, the seventh-highest percentage in the country. Bridges in Maine are inspected every two years and receive posted warnings or become closed when there is danger to the public. Many of the state’s bridges are more than 90 years old. Approximately $38.1 million in federal funding has been secured, and seven bridges have been selected for repair as part of the National Highway Freight System program. The Maine Department of Transportation will contribute another $14 million and construction is expected to begin 2022. The bridges include Interstate 95 over Webb Road in Waterville, I-95 over Broadway in Bangor, Main Street Bridge in Solon, Red Bridge in Rumford, and the double bridge on Stillwater Avenue in Old Town.

The Fort Smith Board of Directors, Arkansas & Missouri Railroad, and the Western Arkansas Planning and Development District agreed July 21 to facilitate a $15 million project to repair a railroad line. The district will manage the procurement of engineering services, as well as procurement and supervision of the construction contract for the renovation of the Arkansas River railroad lift bridge and wooden trestles from Fort Smith to Missouri. The district also will manage other procurement responsibilities for two railroad bridges in Crawford County.

Funding has been approved through an agreement with the Louisiana Department of Transportation and Development (LDOTD) for the replacement of the Cheniere spillway and bridge. In 2019, the LDOTD announced it would contribute $4 million to replace the bridge and substitute a fix-crested weir for the parish-owned spillway. A weir is a low dam built across a river to raise the level of water upstream or regulate its flow. The bridge and spillway were damaged by floods and the LDOTD agreed to fund the repair. Procurements for the project will begin soon as construction is also slated for 2020.

In the city of Baton Rouge, planning will begin soon on a new Mississippi River bridge after LDOTD finalized an agreement July 7 with an engineering firm on a $5 million planning and advisory contract. The contractor will be responsible for developing a purpose and need statement, producing a navigational analysis, and analyzing various traffic models for this more than $1 billion project. The state has a backlog of road and bridge projects that totals more than $14 billion. The Capital Area Road and Bridge District will consider alternative funding methods for the new bridge, including tolls, public-private partnerships, and state funds. The project is moving rather rapidly.

There will be no shortage of opportunities for companies interested in bridge construction and repairs throughout the country.