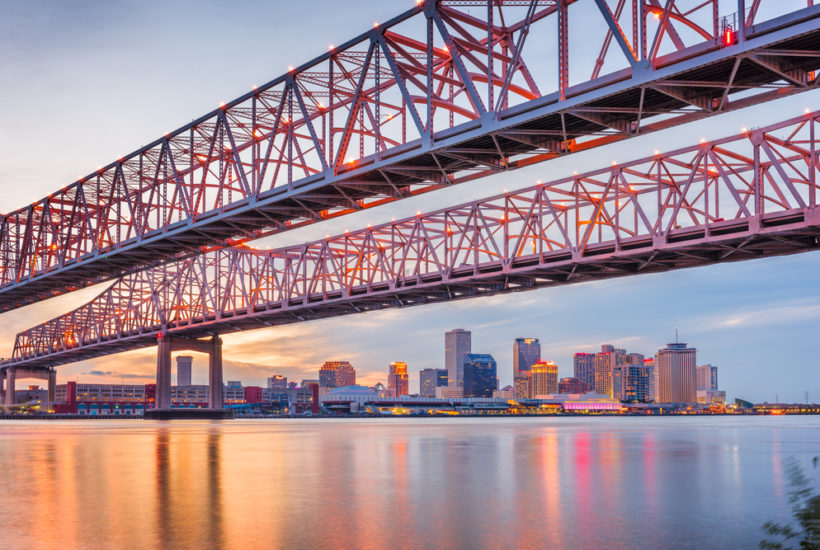 As Congressional leaders in Washington debate an infrastructure bill, elected officials at the state and local levels of government are not waiting…they have been moving ahead for the last two years. In many states, collaborative initiatives have been launched to repair aging infrastructure, install clean energy projects, initiate smart city technology and build social infrastructure. Most of these projects resulted not only through collaboration but also from private-sector investments.

One particular industry sector that is in the midst of significant transformation is public transit…and that’s because mobility is such a critical issue for city leaders. Urban areas are faced with a myriad of transportation issues. Moving people on a daily basis is difficult at best and almost every major city is seeking solutions to traffic congestion. The objective, of course, is to get motorists out of their individual automobiles… but that is a daunting task.

Elected officials are considering many options – electric vehicles, transportation-on- demand, ridesharing programs, bicycles, livable cities where residents can walk to work and autonomous vehicles of all types. This year, the VIA Metropolitan Transit in San Antonio approved a Mobility on Demand project that will be among the first of its kind in the U.S.

City leaders are also doing everything possible to comply with mandates for alternative energy, cleaner air and more efficient power delivery. They have strict sustainability targets to hit and they are launching projects to meet their goals. The electric vehicle market is expanding rapidly but that change requires charging stations which can’t be delivered inexpensively. Private-sector investment is providing some of the capital and a few states have allocated grant funding. Interestingly enough, many regions have also adopted requirements for the construction of charging stations in new residential developments.

In February, the New Jersey Department of Environmental Protection (DEP) announced its allocation of $10.8 million for electric vehicle charging stations. DEP will also use $3.2 million to award grants through the Electric Vehicle Charging Grant Program. Other states may follow New Jersey’s lead.

Most public transit systems have worked hard to make transportation services convenient, efficient and economical. Routes have been optimized, costs have been reduced and every effort is being made to get riders to their final destinations. Ohio State University recently released an RFP to rent bikes and scooters from vendors so that public transit riders could move quickly to destinations throughout the sizeable campus.

Federal funding is now available for autonomous vehicles and soon the U.S. Department of Transportation will announce $60 million in Automated Driving System Demonstration Grants. Selected projects will be related to the safe integration of automated driving systems. The grants are also designed to incentivize collaboration between state and local governments and private-sector partners.

The University of Wisconsin is collaborating with the City of Madison and American Family Insurance (AmFam) on a project to bring an autonomous shuttle to downtown Madison. The route is designed to take passengers from the Spark building to the State Capitol. A launch date of late 2019 has been announced. AmFam will fund the purchase of a 15-passenger vehicle and bidders will compete to deliver the vehicle.

The Minnesota Department of Transportation (DOT) has an open and ongoing request for proposals for its Connected and Automated Vehicles (CAV) initiative. The project will allow industry and transportation partners to propose CAV projects and it will allow the testing of new and emerging CAV technologies. Multiple contract awards are planned. Proposals may be submitted at any time. However, the DOT has set deadlines for the next two evaluation periods – May 17, 2019, and July 19, 2019. Additional evaluation periods are expected to be added for fall 2019.

The City of White Plains, New York, is preparing a solicitation to redevelop four parcels of city property as part of a larger transit district. The Metro-North Railroad Station was recently renovated and the city wants to make the station the center of a pedestrian-friendly neighborhood with access to multiple modes of transportation. The request for proposals will include converting a garage, surface lot, parking lot and firehouse into a mixed-use project. City officials have indicated interest in a public-private partnership.

The University of California announced the preliminary design for an innovation hub to be built on the university’s Sacramento campus. The project will include a mobility hub to feature an electric bus service connecting the campus with downtown Sacramento, a new shuttle and bikeshare and rideshare options.

The Tampa Bay Area Regional Transit Authority is developing a 41-mile bus rapid transit system. A study is underway for a potential system that would connect Wesley Chapel to St. Petersburg with stops in downtown Tampa and the University of South Florida. Costs for the project are estimated at $400 million. Funding will come from state grants and other sources.

CapMetro in Austin, Texas, plans to replace its fare collection system in the near future. A consultant has been hired to develop specifications for a solicitation that is anticipated sometime before the end of 2019.

Public transit is a hot marketplace at this time…definitely one worth watching.