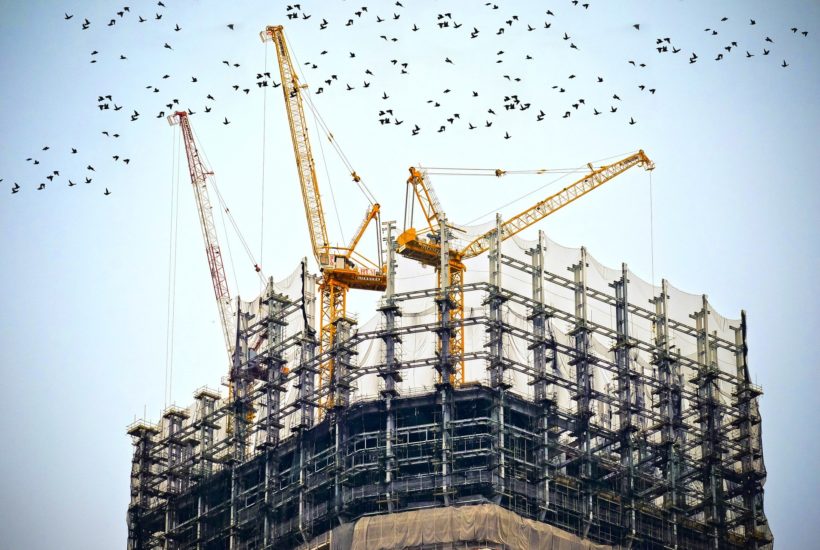 COVID-19 hit the construction industry like a tsunami. Almost all medium to large construction projects were shuttered as government leaders scrambled to protect the health of Americans.

Today, however, even though the pandemic has not been contained, there is renewed interest in construction and reason for optimism. The immediate future is considerably brighter today than it was three months ago. Although construction projects are moving slower and fewer new ones being launched, there is definite movement.

One year ago, construction projects were so abundant industry leaders warned of imminent danger related to America’s shortage of skilled construction workers, designers, and engineers. Those alarms are not as loud today, but that could change soon because new projects are being announced on a daily basis throughout the country.

Officials at the Tampa International Airport placed approximately $906 million in construction projects on hold, but there’s little doubt that construction will begin again in the not too distant future. Air travel is down more than 95 percent, and urgency for planned expansions and upgrades is not as great.

Many colleges and universities also have delayed projects. In fact, the University of Nebraska (UNL) put a 2-year halt on construction planned for this month. A $155 million football facility near Memorial Stadium is delayed primarily because university officials anticipate a $50 million budget shortfall. There’s also uncertainty about when sports events can resume.

But, more positive news may definitely be found in almost every state in the U.S. Here are just a few examples of upcoming construction projects in America.

Wake County has approved a $1.47 billion budget and Capital Improvement Plan. It outlines construction projects at Wake Technical Community College that include new buildings on many campuses. One project outlined in the CIP is a new Emergency Operations Center, and other projects include a new Public Health Center, construction of training space at the Board of Elections Center, facility upgrades at Human Services Sunnybrook, a Facility Condition Assessment program, and vacant space build out for housing at Oak City Multi-Services Center.

The city of Sun Prairie has approved its 2021-2023 Capital Improvement Plan that includes many construction projects. The funding includes $7.4 million for phosphorous treatment and plant capacity upgrades at the Water Pollution Control Facility and $2.1 million for Sun Prairie Utility’s Business Park Substation expansion. Unfunded projects for 2021 include $3 million for a library expansion, a public works campus, and a Grans-Hepker intersection expansion. In 2022 the city will spend $7.4 million on street reconstruction. Another unfunded project for years 2022 and 2023 is a $5.7 million bathhouse renovation.

The New Jersey Turnpike Authority and the South Jersey Transportation Authority approved a toll increase to fund approximately $25 billion in construction over 10 years. Projects include the widening of 15 different sections of a turnpike, the replacement of a bridge between New Jersey and Pennsylvania, and upgrades to roadway tolling stations. The plan also calls for widening of a 13-mile section of the Expressway, construction of a direct connector to the Atlantic City Airport and installation of cashless toll equipment.

The governor announced plans this week to develop an offshore wind port on an artificial island along the Delaware River, potentially giving the state a competitive edge in the race to attract offshore wind jobs and manufacturers. The project would be unlike anything yet proposed in the U.S. and its cost could be as high as $400 million. The New Jersey Economic Development Authority will lead development of the port with the hope of creating thousands of high paying jobs and establishing New Jersey as the national capital of ‘off shore wind’.

The Capital Area Metropolitan Planning Organization (CAMPO) Transportation Policy Board adopted a 2021-2024 Transportation Improvement Program (TIP) that has numerous major construction projects. It includes $633 million for the I-35 Capital Express project which will be sponsored by the Texas Department of Transportation (TxDOT). The TIP also outlines transportation plans from regional transportation entities including TxDOT-Austin District, Capital Metro, Capital Area Rural Transportation System, and other local sponsors that have federally funded or regionally significant projects. One project the board chose to maintain is construction of two lane frontage roads on U.S. Highway 183. That project is projected to cost approximately $75 million.

SEE ALSO  Beyond Tesla: 7 other EV stocks to watch

Other projects in the CAMPO plan are:

Construction, engineering, architectural, and design firms will, no doubt, find immediate opportunities to contract with public officials. Additionally, as Congress begins to take up the task of developing an infrastructure bill, it is clear that construction projects will be hailed as the fastest way to stimulate the nation’s economy – a goal that has bipartisan support in America.