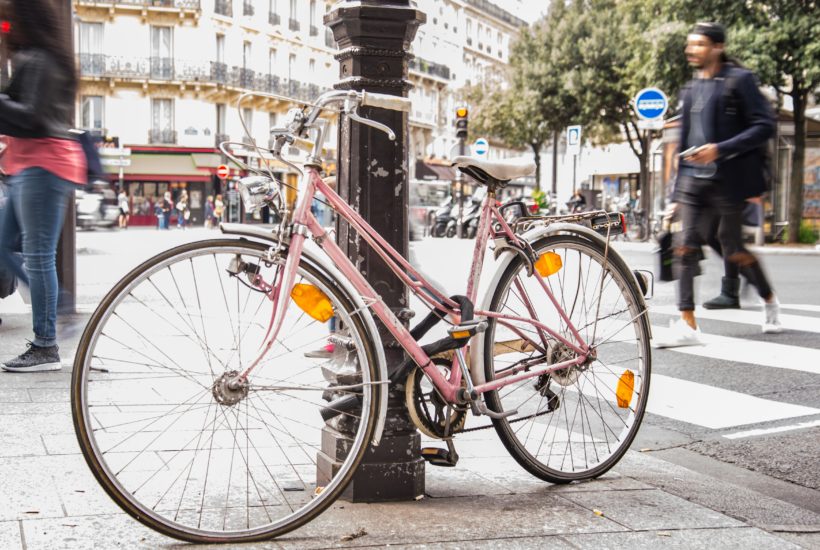 Parking options are being reduced. Automobiles are being banned on many community streets, and cities are adding parks, entertainment venues, affordable housing, and more retail. Mixed use development, biking lanes, and convenient transportation options for non-motorized travel are the goal. The arguments for such changes are that people will be healthier and safer, the air will be cleaner, and there will be more options for people with disabilities. The trend is called ‘livable and walkable communities,’ and as it sweeps through the country, it opens up thousands of partnering opportunities between public entities and private sector contractors.

The city of Indianapolis plans to add more sidewalks throughout the city and has commissioned an inventory to determine how many and which streets don’t have a sidewalk. The results of that study will be published by the end of 2020. The city, which covers 360 square miles, has approximately 8,400 lane miles of streets. Indiana’s Department of Transportation maintains about one-third of the state’s sidewalks, and the cities are responsible for the rest. The study is part of the Indy Moves plan, a long-range planning document that combines walking, biking, and public transportation goals. More than 400 projects are outlined that include building new roads, developing greenways, upgrading existing roads with sidewalks, and constructing more bike lanes. Adding sidewalks to every street without them could cost more than $1 billion. The sidewalks, however, appear to be a high priority because city officials have pledged net-zero carbon emissions by 2050 and that requires fewer automobiles in the city.

In August, the city of Houston approved a plan that is built around walkable places and transit-oriented programs that encourage pedestrian-friendly spaces. The city, like many others throughout the country, will work to promote mixed-use development designed for walkability. For three years, the city has studied ways to make neighborhoods more walkable. Its new plan lists Midtown, Emancipation Avenue, and the Northside as the first places of high focus. Ordinances will be effective beginning October 1. Some of the first initiatives include the construction of facades closer to the road, expansion of sidewalks, and relocation of parking lots to the side or rear of buildings. Additionally, the ordinances call for additional bike parking standards in areas that are within a half-mile walking distance from Metro transit station platforms.

The Southern New Hampshire Planning Commission recently unveiled its Transit-Oriented Development (TOD) Plan. The document outlines projects that include constructing streets and paths that encourage walking and biking. It calls for developing safer intersections and compact and well-signed city blocks. The city of Manchester has applied for a $25 million federal grant to will help fund a pedestrian bridge and the addition of a new street to help alleviate traffic congestion around the Southern New Hampshire University parking garage. City leaders hope to know by November if their grant request has been approved. If so, projects related to improving connectivity and walkability will be launched. The plan calls for an approximate $125 million investment, but the projects could unlock $600 million more in anticipated development. The new developments are expected to include a facility for 1,802 residential units, a hotel with 154 rooms, 785,000 square feet of office space, and 198,000 square feet of retail space.

The city of Chicago has announced an initiative called INVEST South/West. This plan commits $750 million of public funds for projects in 12 commercial corridors in 10 neighborhoods. The objective of this plan is to improve streetscapes and public and also strengthening transportation networks and repurposing vacant lots for public amenities and affordable housing. Currently, three solicitation documents have been released for one neighborhood but numerous others will be released in the coming months for projects in other neighborhoods. The initial solicitation documents call for proposals by November 24 with construction to begin by the end of 2020. Projects outlined for the various neighborhoods were developed through a months-long community-engagement process, and the developers and contractors will be expected to begin work quickly.

The city of Modesto has approved a 20-year plan that calls for bicycle lanes as well as widening and enhancing of sidewalks. Other projects are also planned with the overall objective of making neighborhoods more convenient for non-drivers and encouraging foot traffic and bicycles. City leaders point out that the downtown area has a strong office, restaurant, and entertainment sectors, but there is a desire to reduce automobile traffic. Denser housing options and the encouragement of transportation options that include walking and biking are the goals. Construction of new home sites, retail, and other uses will be left to developers. City leaders plan to replace the Stanislaus County Courthouse and adjacent jail to make that property available for new, denser home sites. A pedestrian-friendly route would lead to the Tuolumne River.

Clayton County and the cities of Sandy Springs, Savannah, and Valdosta were selected for funding in Georgia Tech’s 2020 Georgia Smart Communities Challenge. Each region will receive $100,000 in grant funding to be used for planning purposes. The Clayton County Smart Pedestrian Planning project outlines plans to promote mobility, equity, and the identification of smart technologies to support walkability in communities. Sidewalk data will be collected, and the county will oversee the selection of pilot projects in locations that represent different neighborhood typologies. The first projects will be studied for the future development of additional regions.

Cities and counties throughout the country are rushing to meet sustainability goals and these efforts are resulting in an abundance of contracting opportunities for developers, engineering firms, construction companies, landscape firms, and technology providers.

(Featured image by Skitterphoto via Pexels)