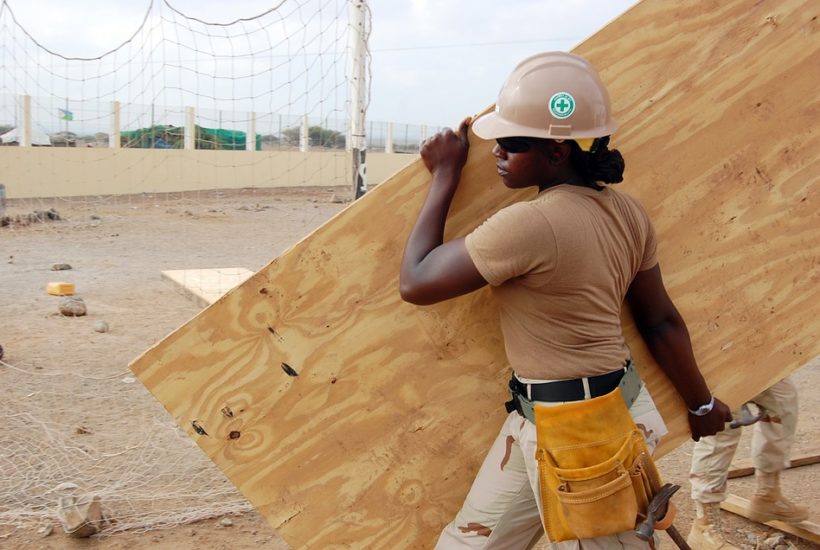 At a time when the U.S. Congress cannot agree on an infrastructure plan and funding at the local levels of government is at an all-time low, it’s heartening to see that visionary elected officials continue to find ways to move forward with projects of all types. There are large projects as well as smaller ones, and many of them are related to critical infrastructure needs, economic vitality, or regional competitiveness.

Here’s a quick look at the type of diverse projects that have been announced recently.

In Texas, voters in Hidalgo County approved $190 million in funding for 40 drainage projects. The county hopes to have all projects under construction by the end of next year. Many cities are launching water projects that involve water treatment plants and some are considering desalination plants. Although most cities have significant water leak issues, most have not yet addressed that very expensive repair work.

Transportation projects of all types are being announced on a weekly basis. Airports in Choteau, Conrad, Lincoln, and Stanford are among 13 Montana airfields receiving federal funding for various types of airport upgrades.

The Indiana Department of Transportation (INDOT) has announced plans for a project in West Terre Haute to construct a bridge for pedestrians over the Wabash River. Officials will begin a procurement process in January 2020.

Lots of cities are expanding their tourism and convention capabilities. The La Crosse Center Board in Wisconsin will spend $42 million to expand and renovate a city-owned convention center. The approved concept adds a second ballroom to the facility, as well as additional meeting rooms, an atrium, and a skywalk. A rooftop garden terrace and a solar array also are included in the plan. The board has indicated an early 2020 procurement process.

SEE ALSO  What’s next for Jaguar Land Rover after the recent car recalls?

Montezuma County in Colorado is performing a feasibility study for a new Montezuma County convention center. The study will consider the benefits of a public-private partnership. A request for information (RFI) or request for proposals (RFP) is likely in 2020.

City officials in Austin, Texas, also are studying the possibility of a convention center expansion plan, but cost projections for that project are much higher – $1.3 billion. The Austin City Council has unanimously indicated support for the project. A recent report estimated that the economic benefit could be as much as $100 million annually.

Public officials in Tacoma, Washington, have funding for capital improvements for the Metropolitan Park District of Tacoma. The city is in the right-of-way phase of finalizing easements and is scheduled to release solicitations later this year for the extension of an urban trail. City leaders have announced a comprehensive study for vehicular, pedestrian, and bicycle traffic circulation and additional parking areas.

Municipal leaders are addressing local law enforcement needs. The city of San Ramon, California will launch a multimillion-dollar rehab for the police headquarters. The $27 million proposal calls for renovating the existing San Ramon Police Department headquarters as well as the city’s Emergency Operations Center and a joint 911 Communications Center. There are dozens of new projects related to local law enforcement facilities.

Various types of project delivery methods have become the norm. Alternative funding and collaborative efforts are trending in a big way. The Worcester Economic Development Committee in Massachusetts has announced its support for the sale and redevelopment of the Worcester Memorial Auditorium. The purchase-and-sale agreement, when finalized, will set forth terms for a $94 million redevelopment project. Officials say the rehabilitation and restoration of the auditorium will result in innovative digital technology art and education center and a state-of-the-art commercial incubator for entrepreneurs involved in the digital media industry. Completion of schematic design should be delivered to the city in January 2020.

SEE ALSO  Is the Ethereum 2.0 deadline bullish for the ETH course?

Public-private partnerships (P3s) are under consideration for larger projects in many parts of the country. A $40 million plan to overhaul the Thomas Wolfe Auditorium in Asheville, North Carolina, has been announced and could be delivered through a P3. The project, a $40 million initiative, will transform the former basketball court that once hosted high school games into a modern concert and music hall. Most likely, some type of alternative funding will be required.

Another project in Bowling Green, Kentucky, also involves a convention center and it too could be delivered through a P3 engagement. A RFP for potential private sector partners is anticipated by 2020.

Government contractors are currently in high demand for projects of all types at the local levels of government.