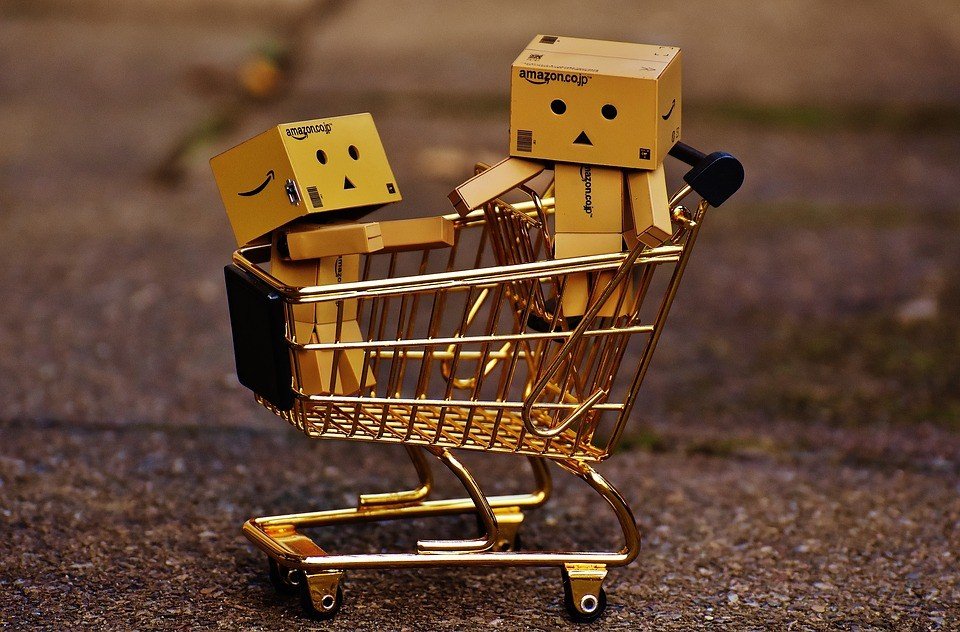 Antitrust laws are aimed at companies that charge below-market prices (predatory pricing) to drive out the competition and then raise prices later to recoup the losses while enjoying a monopoly.

From time to time, the company prices products below market rates as it enters a new area, but that’s typically not how it funds operations.

Instead, Amazon charges sellers a percentage to access its platform and then uses its revenue to fund growth in other areas until it generates sufficient revenue.

Some of this growth has worked out fabulously well, like moving from books to a wide range of products and services and creating Amazon Web Services (AWS) for cloud computing. Some efforts, like Amazon’s Fire Phone, were less successful.

There’s no doubt that along the way, consumers have benefited tremendously. We pay less for goods and services specifically because Amazon exists. The e-commerce giant allows us not only to see prices across sellers but also to skip the hassle of in-store shopping.

If you don’t need something immediately, why fight the traffic going to the mall, only to get door-dings in your car and find that the size/color/model of the item you were after is out of stock?

I’m not saying Amazon is a company run by altruistic saints. Bezos and company are profit-motivated and can end up on the wrong side of competitive practices (see their negotiations with Hachette).

But at the core, all the constant talk about Amazon isn’t about Amazon. It’s about moving from physical stores to the internet and how that centralizes shopping.

Online shopping revolutionized how we approach consumption. The internet—not Amazon—provided the platform that erased the premium attached to availability.

The web has erased the bottlenecks inherent in in-store shopping. This is fabulous for consumers because the cost of that premium is now assigned to where it should be—those shoppers who want something immediately.

If I need a cable for my computer, I can probably find it at Best Buy and be back home in less than two hours. It might cost me a few dollars more than buying online, but I can get it now. So I pay more. If I can wait, then I get it cheaper. It makes perfect sense.

Upgrades to web platforms transformed online shopping into a massive e-commerce business, which Amazon took as an opportunity to expand its retail. (Source)

As for taxes, we’re the scofflaws, not Amazon or any other online seller. Sales tax is not owed by sellers. It’s the responsibility of buyers. But I’ve never met anyone who voluntarily filled out a sales tax form for his state to declare the value of items bought online on which sales tax wasn’t charged.

The government charges retailers with collecting the tax because it’s too hard to go after hundreds of millions of tax cheats every year.

Amazon now charges sales tax on every item it sells as a company in all states that charge a sales tax. The company does not do so for items sold on the platform by third-party retailers. It’s not Amazon’s job, after all.

There’s a lot of work to be done on this front.

Each state could develop a database that provides retailers the appropriate tax for any ZIP code within the state and commit to updating the database every six months or some other schedule.

Retailers could then easily access the databases, charge the appropriate tax, and send it to the state to be distributed to local authorities such as transportation districts, improvement districts, counties, cities, etc.

Without such a database, the thousands of individual taxes that must be collected will remain the responsibility of the consumer, who isn’t stepping up to say that he owes the money.

Is it Amazon’s fault if the delivery rate is set too low? Raise the rates.

Amazon obviously chose the USPS because it’s the cheapest. If it costs more than FedEx, I’m certain that Amazon will switch to FedEx—or build its own delivery service.

The USPS loses money on every delivery not because of the cost of getting a package from point A to point B but because the service carries underfunded legacy pension costs. This is a story that plagues many government entities around the country. (Yes, I know, the postal service is private—but only sort of).

As Amazon grows, consumers win, which kills the current antitrust conversation. That’s the end. Unless, of course, the law changes.

Lina Khan of Yale University recently outlined how antitrust laws could be amended to capture Amazon, notably by taking into account predatory pricing where losses are recaptured on unrelated products and considering vertical integration as a negative without considering prices.

The essential argument is that Amazon is too big, so let’s find a way to cut it down to size or at least limit the company’s growth. If this point of view gains traction, you can be sure of one thing—you’ll pay more.

Instead of attacking the company for making the most of opportunities, we should instead try to bring our lagging institutions—such as state and local taxing authorities and the USPS—into the digital age.