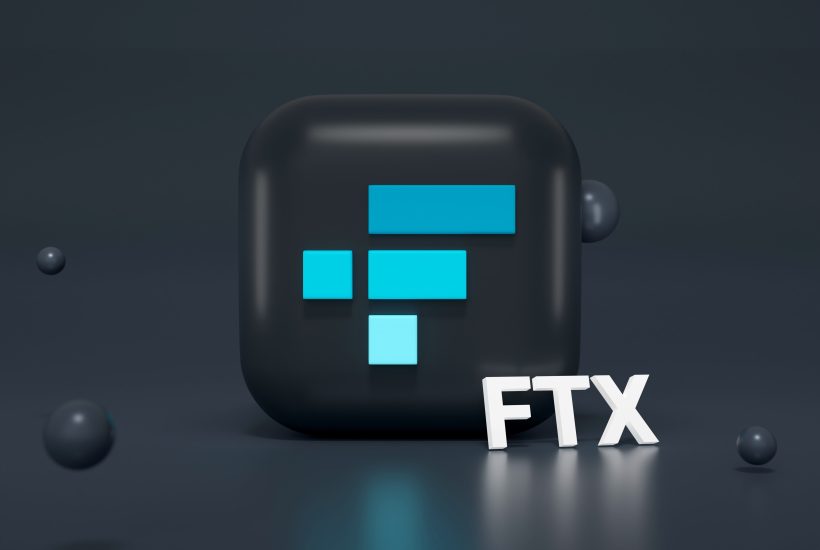 We know big increases in daily volatility isn’t good for the bulls.  Dow Jones 2% days are not the stuff of bull markets on Wall Street, as bulls like their daily volatility taking much smaller steps.

Just too much risk not priced into this market’s valuations, making ignorance the strongest factor maintaining this market’s elevated valuations.  What’s the latest financial scandal?  The crypto coin exchange: FTX wiped out more wealth than Bernie Madoff’s Ponzi scheme.  It seems this FTX was intimately connected with Democratic politicians, as well as with Washington’s market regulators, and not surprisingly Ukraine too.  I have some links at the end of this article on this FTX thing you will want to see.

I know this is just one scandal, a big one, but just one scandal.  Trust me, there are many more unknown scandals, of equal and possibly greater criminality, waiting to be exposed to the public’s view.  Where might these scandals now reside?

All I know is what I read in newspapers and see on the TV.  The news media is famous for keeping the public in the dark on such matters, until the facts cannot be ignored or denied any longer.  For example, they didn’t begin reporting on FTX crypto exchange and its Samuel Bankman, the #2 largest financial contributor to the Democratic Party, until the week after the mid-term election.

Looking at my major market indexes BEV values table below, not much was happening anywhere this week.  I see the Dow Jones closed the week at the #2 position in the table below.  It’s almost in scoring position; a BEV of less than 5% from its last all-time high.

Can it be good when the grizzled old industrial stocks get that far ahead of the sexy NASDAQ issues, way down at #17, 18, & 19 in the table?  The big three NASDAQ indexes have been stuck at, or just above or below BEVs of -30% since mid-September.  What’s with that?

Even the S&P 500 (#9) is down by double-digit percentages, and closer to -20% than -10% from its last all-time high.  My point being; sure, the Dow Jones, the index most people follow the stock market by is looking really good, but that isn’t the whole story.

Looking at the table above, I still believe if someone wanted to take a position in the market, buying precious metal assets remains the best option at this point in time.  Respectable market commentators give them a pass, yet they are all in the top ten in the table above.  That tells me the public is out of the precious metal sector, which is when the smart money likes to take a position; before the crowd begins to form at the front door.

The idiots at the FOMC continue “draining liquidity” from the financial system, another $11.74 billion was drained this week.

Looking at the table in the chart above, since early August the idiots have “drained” lots of “liquidity” from Wall Street.  And the plot of QT#2’s 10Wk M/A has been below 15bil for the third week in a row.  That plus the FTX crypto thing, I would have thought should have taken the Dow Jones down for the week by something more than $2.17, but no.

The bond market is enjoying a bit of a bounce off its October lows, as seen in the below T-bond I’ve been tracking since February 2011.

Yields in the corporate bond market have also come back from their highs of last month; chart below.

Mortgage rates below haven’t declined by much since their October highs.

Real estate is a huge market, one that touches many, if not most wage earners.  Even those who pay monthly rents.  Seeing mortgage rates, as well as bond yields (above) rise as they have since the first of the year is an ill omen for the bulls.

The table below lists yields going back to last July for the selected bonds, and for mortgage rates.  I highlighted their highs; all having occurred last month.  That this week closed with a bit of retracement from these highs, is something only to be expected in a bond-bear market.  These yields will be much higher before Mr Bear is through with the bond market.

Let’s move on to gold’s BEV chart.  Like everything else in the market this week, gold didn’t move much from last week’s close.  But for gold, last week’s close was a break out in the BEV chart below, rising above its line-of-resistance by a good 5 BEV points.  And at the end of this week, that break out is still intact, which is good.

But I still suffer from battered-bull syndrome (BBS), where memories of past bearish trauma make it difficult for a bull to take good news on the market.  Emotionally, it’s easier for me to accept gold’s BEV -20% line as its next level to break than its BEV -10% line in the chart below.

A good technique I’ve developed in such times is to just withdraw into a dark room, assume a fetal position, and wait a few weeks before looking at the market again.  Until the first Friday of December, I’m only coming out of my room when the turkey and pumpkin pie is being served.

Here is gold and the Dow Jones’ step sum tables.  Gold is up 5.86% since October 17th, a period of time when the gold market saw more daily declines than advances, as seen by its 15-count decline from a +3 down to a -1.  That’s a positive in the gold market; that the bulls are gaining more from their fewer daily advances than are the bears with their numerically superior daily declines.

Its daily volatility’s 200D M/A continues to rise, which for gold is good, as a gold bull market is a volatile market.

But then too, a big bear market for gold is also a volatile market.  Basically, whenever big things are happening in gold, either up or down, daily volatility in the gold market increases.  That this increase in daily volatility is bullish is just my opinion.  As is also in the coming year, BIG – BUT BAD THINGS are going to happen in the financial markets, which will increase daily volatility in the Dow Jones, something that is always bad for the stock market.

SEE ALSO  This app is so awesome, even David Guetta and Will.I.Am are investing

As valuations in the stock and bond markets begin deflating in the coming year, or so my market theory goes, capital flight from Wall Street will benefit valuations in precious metal assets – in a very volatile, but most satisfactory way for us gold and silver bulls.  Only time can tell if I’m correct, but this has happened in the past, so it isn’t as if I’m inventing a scenario out of whole cloth when I say this.

I really believe the economy, and the financial system which supports market valuations in the stock and bond markets, is pregnant with counter-party risk (=) pending counter-party failure, as many painfully discovered this past week with the FTX crypto exchange.  Geeze Louise, last week people woke up one morning to learn everything they had in FTX was gone – poof!

But it is what it is, and what it is, is the Dow Jones is seeing more daily advances than declines above, and the bulls are taking the Dow Jones up.  Daily volatility’s 200D M/A peaked at 1.03% in the past week and began declining as the week came to a close on Friday.  That’s good for the bulls if they can keep Mr Bear from inflicting those Dow Jones 2% days on the market.  We’ve not seen one of those since November 2nd.

This FTX crypto exchange is an interesting story, one of massive counterparty failure due to massive-fraudulent activity.  Massive-fraudulent activity American market regulators should have caught a long time ago.  The losses from this fraudulent scheme exceeds those of Bernard Madoff’s Ponzi scheme.  And like the FTX crypto exchange; American market regulators missed the Madoff Ponzi scheme, until they too learned of its collapse in the financial media.

And there is a political angle to the story; FTX’s founder Samuel Bankman-Fried, was the second largest contributor to the Democratic Party.  And it’s becoming apparent Bankman’s political connection purchased cover with the media as well as with federal-market regulators.

This is still 2022.  What will 2023 bring to the markets?  I believe much more, as Richard Doughty (aka: The Mogambo Guru) said long ago about what happens as an economic boom approaches its top.

I expect this FTX crypto exchange will prove to be but a single episode in the pending history of the corruption in 21st Century American finance, yet to play out in the coming months and years.