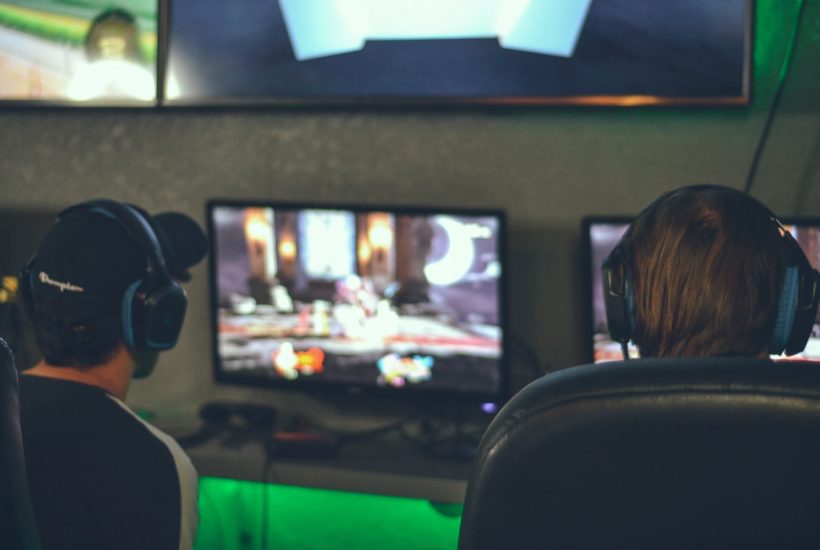 A new device for smartphones, the Arkade Motion Blaster, will allow users to play selected PC and mobile games with a new pistol-shaped controller. From the MARS Lightcon gun to the various additional virtual reality devices available, companies are always trying to find a way to make the game experience more immersive. Arkade’s new Indiegogo campaign hopes to do that, with a little help from PewDiePie.

Just as many types of racing video games have a real steering wheel as a controller, many companies thought that shooting games could be better if the player actually held a weapon in his hands. This idea was perhaps best popularised by the original Nintendo Entertainment System game Duck Hunt, which asked players to point their weapon-shaped plastic toy at their TV screens and shoot animated ducks. However, Arkade’s newest peripheral will be much more advanced and won’t even require a TV at all.

Find out the most interesting crowdfunding projects and read important business news with the Born2Invest mobile app. Our clean design lets you read articles without clutter, and you can use the app with no limits on how many articles you can view.

As announced by Arkade, the new Motion Blaster will use a player’s smartphone to “connect to the PC or favorite mobile games for breathtaking point-and-shoot gameplay”. The project started as an Indiegogo campaign, which will run until April 24th. The crowdfunding campaign goal of $50,000 was already exceeded, the total sum raised amounting to $86,100. There are still 25 days until the campaign will end.

According to Arkade’s press release, the Motion Blaster connects to Steam via Steam Link and is also compatible with Nvidia’s GeForce Now program, while offering “native support for more than 40 of the best first-person shooter games on Android”. It will cost $99 at launch and includes a button that allows the device to stream video directly to YouTube and Twitch.

Arkade has teamed up with renowned streamer Felix Kjellberg (PewDiePie) to help promote the Motion Blaster, which can switch between a 360-degree full angle mode and a more relaxed 180-degree mode.

PewDiePie, which recently announced that it was taking a break from YouTube due to the company’s new policy on deleting harassment videos, has lent its brand to the Motion Blaster device in the form of an exclusive striped gun. “The Arkade Blaster is truly epic and I don’t use that term lightly,” said the streamer, which was removed from Disney’s YouTube network after a series of antisemitic videos. “It makes me feel like John Wick when I use it.”

Currently, Arkade Motion Blaster can be used for several popular filming titles, including Call of Duty, Rainbow Six, Apex Legends and Fortnite. Mobile publishers such as Gameloft and MADFINGER Games also support the device, and it will be available in a variety of colors in addition to Pewdiepie-themed stripes.

Players interested in learning more about Arkade Motion Blaster should check out its Indiegogo page. Hopefully, its use in real life won’t cause as much damage to the player’s environment as the launch trailer suggests.

First published in BREAKINGNEWS, a third-party contributor translated and adapted the article from the original. In case of discrepancy, the original will prevail.