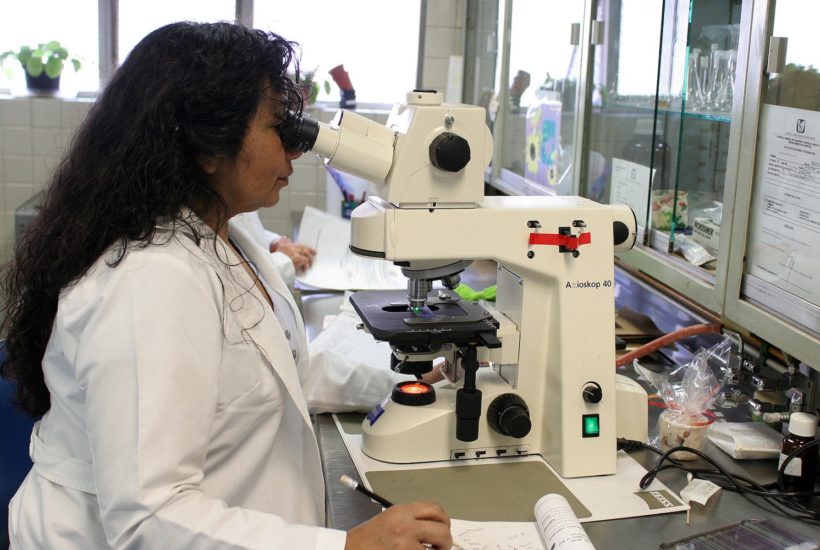 The startup ARTHEx Biotech is specialized in the development of new therapies for myotonic dystrophy. The company will invest in research on chemical improvement of the candidate molecule, which will be the final one for human testing in 2022.

Find out more details about the successful financing round that ARTHEx Biotech has completed and read the latest economic news with the Born2Invest mobile app.

ARTHEx Biotech, closer to the clinical trial against myotonic dystrophy

The startup has obtained $1.36 million (€1.2 million) from the Center for the Development of Industrial Technology (Cdti), which will invest in research into the chemical improvement of the candidate molecule for the study. The company explained that this is the preliminary step for carrying out tests on people in 2022.

The startup specializes in developing new therapies for myotonic dystrophy. ARTHEx co-founder and CEO Beatriz Llamusí indicated that she will allocate the funding to “improve the molecule, test its efficacy, perform regulatory tests on animals and see its toxicology levels.” These lines of research are the previous step to the clinical trial that the company wants to carry out in humans at the beginning of 2022 in the United States.

The project has obtained economic support from the Cdti through its Innvierte program, which seeks to promote business innovation by investing in technology-based or innovative companies. The entity belonging to the Ministry of Science and Innovation becomes part of the company’s capital. “We are talking to many investors to structure another round in 2021,” said Llamusí. ARTHEx intended to start the clinical trial in the United States, although it also has contacts with hospitals in Spain, France, and England.

The company’s CEO said that “we can reach phase I and II of the study, but not phase III.” For that reason, the company is studying the investment it will need next year. Arthex will use the funding to improve the molecule, test its efficacy, perform regulatory tests on animals, and see its toxicology levels. ARTHEx is researching treatments for genetic diseases based on antisense RNA molecules.

SEE ALSO  Too much data is killing your business

The first molecule in the project targets myotonic dystrophy type 1 (MD1), a rare disease that causes the most common muscular atrophy in adults. Currently, there is no therapeutic alternative to DM1, which causes symptoms such as muscle weakness, heart arrhythmias and cataracts, among others.

The startup is a spin-off from the University of Valencia (UV) and was founded in September 2019 on the initiative of Beatriz Llamusí and Rubén Artero. ARTHEx closed its first round of funding earlier this year. The Invivo Ventures fund contributed $1.7 million (€1.5 million) to enable the company to take its first steps. The company is based in Valencia and has three employees and two advisors. Llamusí holds a degree in biochemistry from the Universidad Miguel Hernández (UMH) in Elche and is currently a researcher at the UV. The CEO has also published 18 scientific articles and developed five patents.

Artero is co-founder and advisor of ARTHEx. A graduate in Biochemistry at the UV, Artero directs the Translational Genomics laboratory at the same university. He is also an entrepreneur and inventor of seven patents, five of them in the company he co-founded, Genera Biotech.

Pedro Fernández is the operations director of the startup. He has a degree in Biochemistry from the Polytechnic University of Valencia and six years’ experience in research and project development. The advisors are the Spanish Ramón Eritja and the American Nicholas Johnson. Eritja is a researcher at the Consejo Superior de Investigaciones Científicas (Csic), while Johnson is a professor in Neurology and Molecular Genetics at the Commonwealth University of Virginia.

(Featured image by ernestoeslava via Pixabay)