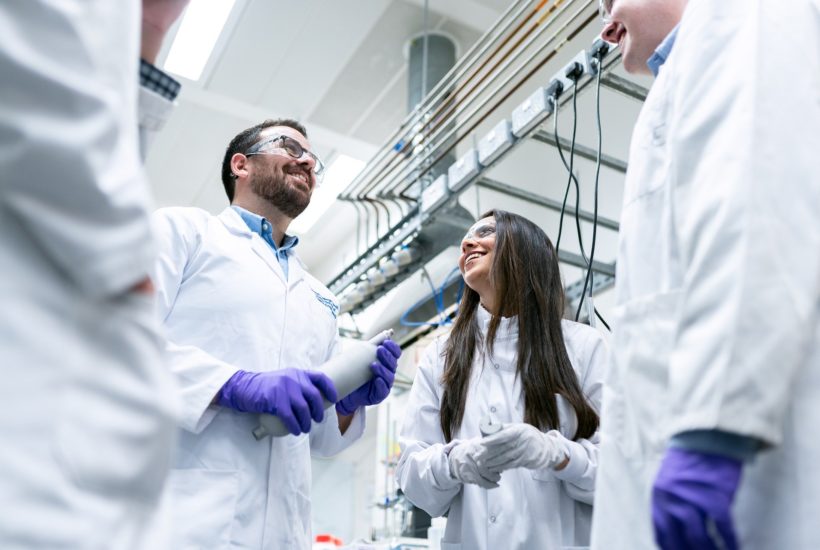 The company DeepUII has just increased its capital. Alta Life Science has co-lead with the French company Kurma Partners a financing round of $3.94 million (€3.5 million) in the Catalan startup. This company is the new project of Jordi Carrera and Rafel Bru, the founders of Stat-Dx, a company that was one of the great successes of Spanish biotechnology after its sale to Qiagen for more than $180 million (€160 million) in 2018.

Sofimac Innovation, through its Pertinence Invest 2 fund advised by Mérieux Equity Partners and Fond-ICOpyme, managed by Axis (ICO), has also participated in the current round of financing. DeepUll, based in the Barcelona Science Park (PCB), is developing a new diagnostic system for sepsis in very early stages. This disease, a disproportionate immune response to infection by a bacterium that ends up damaging the body itself, causes around eleven million deaths a year.

With this capital injection, the biotech company covers the financial needs to validate the technology and start the development of the first prototypes. The DeepUll proposal is based on quickly identifying the pathogens and providing the antibiogram in a few hours, on the one hand, and on using the data and learning about the patient’s immune and functional status, on the other.

The system allows physicians to predict the future occurrence and progression of sepsis in a short period of time and thus provide an appropriate clinical response even before symptoms arise. Jordi Carrera, CEO and co-founder of DeepUII, explained that “being able to close this initial round will give us the means to test the concepts of a new system for early diagnosis of sepsis.” For the executive, the support of this specialized investment union from Spain and Europe “will be fundamental for the company thanks to their knowledge and experience in the sector.”

The biotech company has closed a $2.6 million (€2.3 million) financing round provided by Sabadell Asabys, XesGalicia and the promoter partners. With this financial injection, the company covers the financial needs to complete pre-clinical development and start the first clinical trials with its drug for the treatment of patients with Crohn’s disease associated fibrosis.

In addition, the biotech company will be able to advance its programs in idiopathic pulmonary fibrosis and colorectal cancer. The first clinical trials are expected to begin in 2021. The company, based in the Parque Tecnológico de Galicia (Ourense), was founded in 2017 by GalChimia (led by its CEO and founder, Carme Pampín) and by Julio Castro, founder and CEO of Palobiofarma.

In 2019, the biotechnology company incorporated Ramon Bosser as its top executive and shareholder. Origo Biopharma is developing drugs to inhibit TGF-beta, a widely validated therapeutic target in the field of fibrosis and immuno oncology, with a novel technology that avoids the adverse effects associated with inhibiting this target and which have traditionally slowed down the development of this class of drugs.

In the five main European countries alone (Germany, United Kingdom, France, Italy and Spain) the cost of Crohn’s disease and idiopathic pulmonary fibrosis is more than $2 billion (€1.8 billion) per year. There is a great medical need in the treatment of fibrosis: there is no approved treatment for gastrointestinal fibrosis and 75% of patients with advanced Crohn’s disease need surgery due to fibrosis.

The drugs approved for the treatment of idiopathic pulmonary fibrosis have a very limited effect and the median survival of affected patients is between two and five years. In addition to its idiopathic form, lung tissue fibrosis is one of the sequelae of greatest concern to pulmonologists in patients who have suffered severe COVID-19 infection.