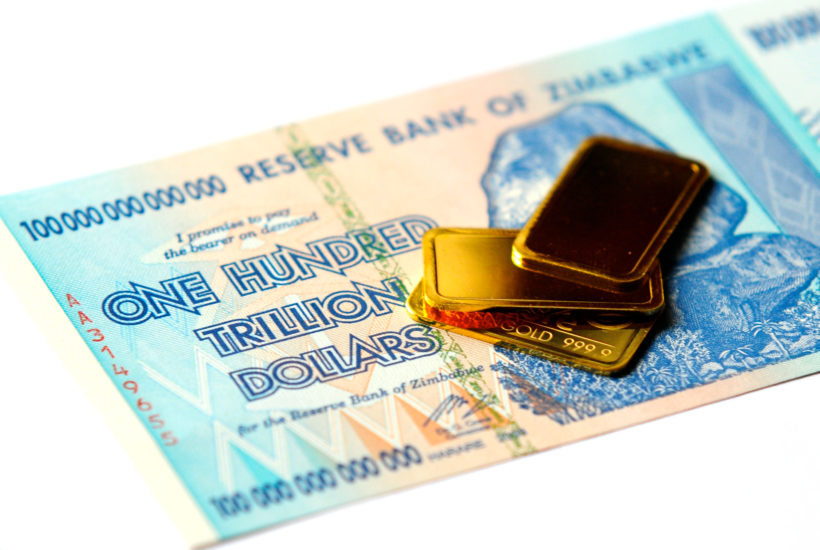 In the latest Consumer Price Index (CPI) report published by the U.S. Bureau of Labor Statistics, it was announced that the CPI had risen, yet again, by 0.6% in May. Even more, the CPI rose 5% year-over-year; “the fastest pace since the summer of 2008,” according to CNBC, in the midst of what is now known as the global financial crisis.

It is important to note here: when the CPI increases, it isn’t governments that are harmed, but rather the general population who is affected most, having to spend more to afford the same lifestyle and maintain the same standard of living. And so, as this data began to permeate the news cycle, an alarming term was amplified in mainstream discourse: hyperinflation.

The consumer price index is up, and fear of hyperinflation is rising

Whereas inflation refers to a sustained rise in prices over an extended period of time, hyperinflation paints a much more daunting picture for households across the globe, because it works far more rapidly — to the point of spiraling out of control, hence the prefix “hyper.” While many Wall Street analysts say these fears have been overblown, they admit there still remains cause for concern.

“The Federal Reserve is supposed to deliver ‘price stability.’ Thankfully, they’ve prevented hyperinflation. But even mild inflation, compounded over years, is the opposite of price stability,” wrote Patrick Watson, senior economic analyst at Mauldin Economics for ETF Trends. “And for many folks, inflation isn’t mild. Tried renting an apartment lately?”

Whether the rising CPI is an indication of the threat of hyperinflation or merely a result of the global pandemic’s continued effect on the global economy, it has reignited interest in alternative investment vehicles. People are exploring ways to maintain their purchasing power and hedge against currency devaluation. Historically, these vehicles have come in the form of precious metals — primarily gold and silver — as they have established their roles as safe-haven assets. However, in our increasingly digital world, another asset class has become an appealing pick: stablecoins.

SEE ALSO  The profitable podcast: Ways to make it a reality

Stablecoins as hedges against inflation

A product of the blockchain revolution in finance, stablecoins have emerged as the new kids on the crypto block. Far less volatile than cryptocurrencies like Bitcoin, this variant of digital assets has become an attractive entryway to the crypto market for cautious investors, as their value is typically pegged to real-life assets. Now, these digital representations of physical assets are being heralded as a staple in the future of retail.

“…many experts predict that in the next three to six years, stablecoins will serve as a major currency for transactions between consumers and merchants,” according to a recent article from Business Insider.

Interestingly enough, however, the most popular stablecoins are backed by fiat currencies like the U.S. dollar and the euro. These types of stablecoins may do a good job in eliminating the risk of volatility, but they do not do enough to address the threat of currency devaluation. This is an observation that was made back in 2018, by senior contributor at Forbes, Simon Moore.

“Yes, the U.S. dollar may be less volatile than many crypto-assets, and indeed many other fiat currencies. Nonetheless, being better than several potentially bad investments, does not make something a good investment.”

In the context of economic uncertainty, it is critical that any investments made serve a known purpose. Investing in fiat currencies at a time when inflation levels are high is an ill-advised move. On the other hand, investing in precious metals during these times is considered akin to taking out an insurance policy against systemic risks.

To take it one step further, investing in stablecoins backed by precious metals provides a way to hedge while simultaneously experiencing the benefits of a blockchain-powered financial system. This is where innovations like LODEpay come in.

LODEpay’s blockchain-powered ecosystem revolves around the safe-haven capabilities of precious metals like gold and silver, providing users not only with the means to protect their purchasing power, but to equip themselves for the coming wave of disruption in finance.

Furthermore, with its proprietary digital wallet, users can buy and store LODEpay’s native stablecoins, AGX (digital silver) and AUX (digital gold), among other cryptocurrencies — and even use the digital assets to make purchases.

Whereas gold and silver have been used as hedges against inflation for decades, the application of blockchain technology is what makes LODEpay’s products a groundbreaking innovation for the future of safe-haven investing, elevating the use cases for precious metals.

“It’s already well understood financial acumen to hold gold and silver as part of your portfolio, but it’s our hope that in the future individuals and institutions alike will use AGX and AUX as a means of conducting business and preserving wealth,” said Nick Prouten, Chief Operating Officer of LODEpay.

Try LODEpay for yourself with the wallet app available on the App Store and Google Play.