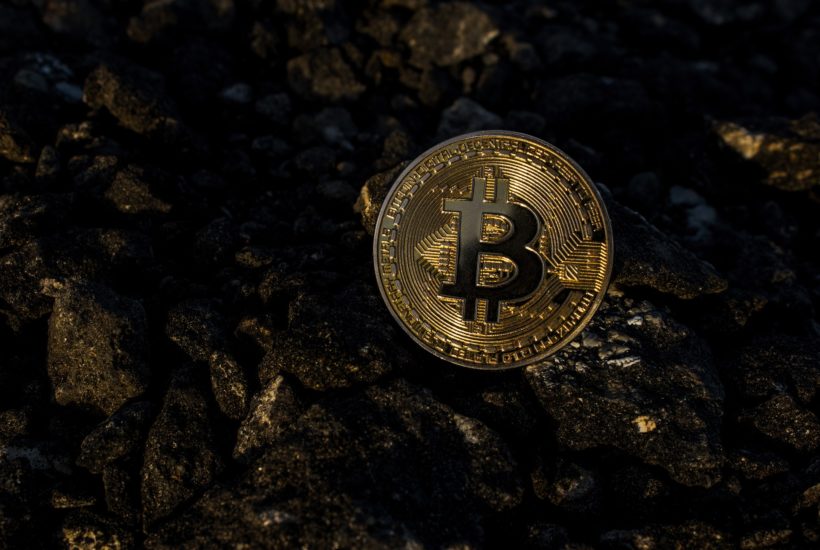 Last week, business magnates Michael Saylor and Frank Giustra faced off in a debate pinning Bitcoin against gold, in what is being referred to as “the great debate.” Premiered by Stansberry Research, the event drew attention from Bitcoin advocates and goldbugs alike, as two experts sat down to have a civil discussion on the “asset of the ages.”

We’re looking at some of the major statements made in the debate. Though for those with more patience, or a taste for the genuine thing, we have provided a link to the recording of the debate!

The debate kicked off with a discussion on the cases for each asset as the better investment.

Saylor argued that Bitcoin’s superiority is evident in three aspects — as an asset, a network, and a protocol. Upon listing its advantages, he claimed that Bitcoin represented “the perfected monetary asset of the human race,” as “synthetic gold without the defects of monetary gold.”

In response, Giustra said that gold is designed as a “store of value against inflation, the devaluation of currencies, and sharp equity downturns.” He noted that central banks own 20% of all gold ever mined, with its stability as a store of value being vital to managing central bank reserve currencies.

“Central banks will never destroy gold, but Bitcoin, they have no allegiance to,” Giustra said. In Saylor’s rebuttal, he noted that Bitcoin does not have to be a currency to be successful.

“This isn’t a currency war, this is an asset war, and that’s why considering if I want to put my money in gold or Bitcoin is appropriate,” replied Saylor.

The second topic up for discussion was the risk factors surrounding the proverbial “tilting of the needle from gold to Bitcoin” by institutional investors.

Giustra’s argument came first. He noted that assessing and quantifying risk is the biggest issue facing Bitcoin, and the biggest risk will come byway of financial watchdogs.

“Governments will use any excuse knowing that the real reason is going to be to protect their monopoly on their currency and keep their ability to execute monetary and fiscal policy, but they’ll use other excuses if they want to go after Bitcoin,” he said. Some that he listed included crime, money laundering, consumer protection, environmental impact, and national security.

In response, Saylor said that Bitcoin would be critical to maintaining U.S. technology and currency supremacy, and that the government would eventually embrace it.

“Gold invites violence,” Saylor continued, listing various events in human history where gold was the object of pursuit. Bitcoin, on the other hand, “safely stores your property in cyberspace, where it can’t be seized by force, [encouraging] peaceful negotiations rather than coercion.”

Historical Performance – Both sides have strengths and weaknesses

Next on the docket was a discussion on the historical performance of both assets.

As the price of Bitcoin continues to rise with ‘FOMO’ (or ‘fear of missing out’) as a contributing factor, debate moderator Daniela Cambone questioned Saylor about the risks involved with the price possibly being based purely on speculation.

Saylor replied by stating that Bitcoin has become less risky as it enters its second decade, arguing that the asset has matured and the network has spread.

“If you look forward, what you see is an extraordinary asset on an extraordinary network that solves the problem better than gold can,” he argued. “That’s why I think it’s the right choice and there’s consequences to making the wrong one.”

Giustra responded by noting that Bitcoin’s young history is a factor that makes it difficult to predict its longevity as an asset class. “Bitcoin has not been around long enough to be able to determine its utility as a store of value,” he said.

Giustra went on to say that gold performs exceptionally well during periods of high inflation, and the last time high CPI inflation was experienced in North America was in the 1970s, when the gold price rose 25-fold. Still, he noted, the gold price isn’t what investors should focus on. Instead, it’s important to look at the value of gold against other global currencies.

Supply Dynamics – How to get a hold of Bitcoin and Gold assets?

On the topic of supply dynamics, both speakers presented their views. Prior to the debate, Saylor made the argument that Bitcoin is the ultimate asset due to its limited supply, as opposed to gold, which has an “infinite supply,” prompting Giustra to react.

With decades of experience in the gold mining and discovery sector as his reference, Giustra noted that supply is not as easily attainable as commonly thought. “The gold mining industry is facing an existential crisis when it comes to its reserves, they’re depleting and they can’t replace them,” he said.

Saylor responded by citing data from the Newmont Corporation and Barrick Gold, the top two mining companies in the world. According to him, published annual reports tell a different story. “They don’t seem like they’re anywhere close to running out,” he said.

Saylor went on to say that “bitcoin is a scarcity,” and as the price goes up, supply stays constant. On the other hand, gold is a commodity. “Bitcoin mining is a good use of energy, gold mining is a destructive use of energy if you’re a gold holder versus a bitcoin holder.”

Ownership Structure – How and why pick a store of wealth?

The fifth topic of debate was the ownership structure of Bitcoin versus gold.

Saylor answered first, noting that gold holders don’t appear to be confident in the asset’s potential for growth, as they’re not typically willing to allocate more than 10% of their portfolio to the metal.

“Bitcoin holders generally are maximalists and they’re believers in the technology as a force of progress to elevate the entire civilization,” he said. “They’re more passionate than any of the goldbugs or any other investor group I’ve seen.”

Giustra’s rebuttal was that gold’s safe-haven status makes it inherently superior to Bitcoin as a store of value.

“Yes, only own 10-20% of your portfolio in gold. It’s your hedge, it’s your insurance. It has the inverse correlation with other asset classes, and it’s how you store your wealth,” he said. “[Bitcoin] is a speculation, buyers are coming in simply because the price is going up.”

SEE ALSO  High fees and short tempers: What happened to respect in travel?

Market Forces – What are the assets likely to be doing in the future?

The final topic of the debate was centered around market forces.

Giustra started, pointing out that gold’s negative correlation with equities and the U.S. dollar has given the metal its safe-haven value, as an “important portfolio diversifier,” adding that its tried-and-true history as a testament to this status.

“We have never seen Bitcoin tested in a financial crisis,” said Giustra. “That’s when you’ll see the true test to Bitcoin as a store of value.”

Saylor responded, stating that Bitcoin is fueling the birth of “global markets in energy, money, and finance.” He pointed at the rising adoption of cryptocurrency payments by major players as proof of a collective shift from skepticism to embracement of Bitcoin and its underlying technology.

“I think the market force clearly favors Bitcoin,” he concluded.

Finding Middle Ground – Best of both worlds with LODEpay

The primary aim of the debate was to educate the public about the varying viewpoints of the two sides, and it appears to have served its purpose. As the debate went live, thousands of users took to social media to speak on the historic significance of the event and show support for either party. It may have been divisive by nature, but there’s something to be said about finding a middle ground.

For the Bitcoin advocates with true allegiance in the potential of blockchain technology, and the gold advocates with full faith in the safe-haven role of the asset, LODEpay presents a way to invest in both. By digitizing gold and silver on the blockchain, and enabling a way to spend these stable digital assets, the project has found a way to package the best of both assets into one application. LODEpay serves as that bridge between the old and the new, between technology and precious metals.

LODEpay has adapted precious metals for the modern, digital economy, and in so doing, gone a long way towards answering one of the most contentious debates in modern finance and investment.