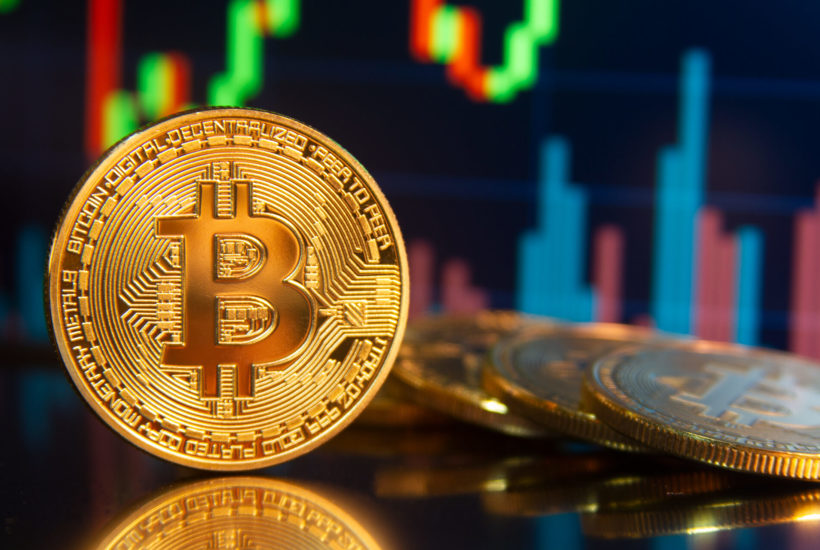 The debate of the century? Giustra vs. Saylor, Gold vs. Bitcoin

Canadian businessman and mining mogul, Frank Giustra, has been a long-time advocate of precious metals. In March, he took to Twitter to challenge American entrepreneur Michael Saylor, a supporter of bitcoin and blockchain, to debate a popular topic: gold vs. bitcoin. Early in April, Giustra appeared in an interview on Kitco News to amplify his calls.

“Because this debate has become so heated, especially on social media… I think investors out there would benefit greatly from this debate,” he said. “There’s a lot to be learned and I think it would be very informative for everybody.”

Shortly after the media appearance, Saylor tweeted a poll out to his followers, asking whether he should debate Giustra on the subject. With over 20,000 votes, an overwhelming majority (90.3%) said yes. The debate is set to go live on April  21st, with moderator Daniela Cambone hosting the discussion, and best-selling author James Rickards set to publish his commentary.

As an active and vocal advocate of crypto and blockchain, Saylor recently announced that board members of his business analytics company MicroStrategy would be paid in Bitcoin. On the opposing side, Giustra brings with him decades of industry experience in the (non-bitcoin) mining sector and has argued that gold will forever be the best hedge against inflation. All eyes are on what happens next, in a debate that is expected to attract the attention of investors everywhere.

The new, the old, and everything in between

Since the 2020 bull run that continues to play out, Bitcoin has seen institutional interest intensify. Barron’s, one of the largest financial publications in the United States, featured Bitcoin on its April 12th cover. “Diving into Bitcoin,” the cover read, promising an in-depth look at the cryptocurrency that has made significant gains since its early days.

Yet, while bitcoin’s growth may be significant for the future of global financial systems, experts maintain that cryptocurrencies and gold or precious metals represent different asset classes.

Gold and silver, which have had historic roles as trusted stores of value, units of account, and mediums of exchange, remain valuable investment assets and efficient ways to hedge against global inflation and economic instability. Cryptocurrencies like Bitcoin, unlike gold, are new-age assets that have also become attractive as diversification tools for investor portfolios, with their digital nativity making them easy to buy, sell, and spend. While they may similarly serve as safe-haven investments, some experts argue that you don’t have to pick one over the other.

“Both the yellow metal (gold) and BTC (bitcoin) serve similar speculative functions but have vastly different individual properties and use cases, which makes them complementary investments rather than competitors,” according to a Forbes council post. “In other words, it seems that we’re staring down a future with two major inflation hedges rather than one.”

While precious metals like gold and cryptocurrencies like bitcoin may seem like two parallel worlds, pitting the two against each other can be dangerous as it restricts and limits our ability to objectively see the full picture. Combining the best of the two worlds expands our growth potential far beyond what we initially thought was possible.

Precious metals on blockchain: the future of money?

It is now a well-known fact that blockchain, the technology underlying bitcoin, is a groundbreaking invention for the financial industry. Governments are applying distributed ledger technology as they explore Central Bank Digital Currencies (CBDCs), a development that foretells the capacity of blockchain to redefine digital finance — and currency — as we know it.

SEE ALSO  Managing your first UK buy-to-let investment: Understanding the responsibilities of being a landlord

Now, blockchain is being utilized to reimagine how precious metals are bought, sold, and used. By minting gold and silver onto the blockchain, the LODE Project is elevating the safe-haven status of precious metals by future-proofing them. Rather than keeping these metals sitting idle in vaults, LODE puts them to work, allowing anyone to spend them for everyday purchases or even send them to loved ones around the globe.

Through the project’s application — the LODEpay Wallet, users can send, spend, and store digital gold (AUX) and digital silver (AGX). In the age of blockchain, you can buy a cup of coffee, a new pair of jeans, or even a house — and pay for them with your gold or silver. All the advantages of Bitcoin and gold combined!