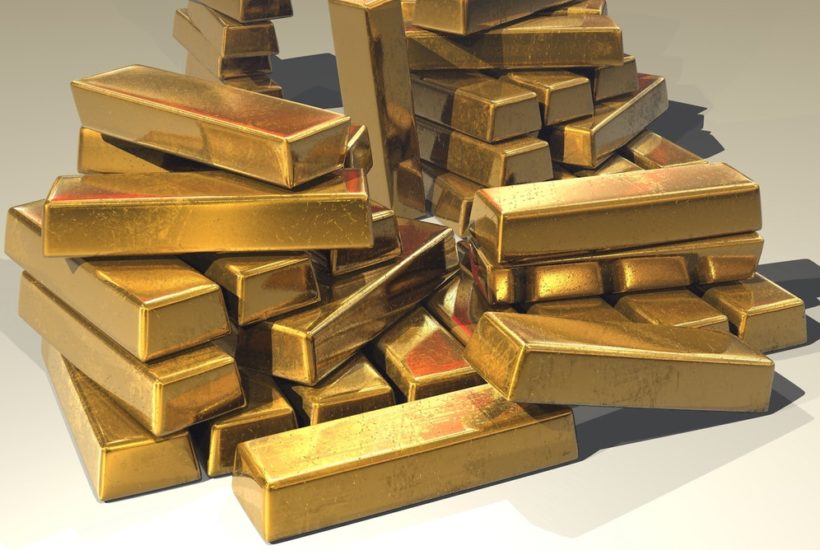 Since the death of gold-backed currencies, gold and—to a lesser extent—silver have become popular options amongst investors. With their long history as storers of value, they provide a degree of security that even T-Bills and government bonds have a hard time competing with. Of course, with gold and silver falling out of preference as a means of exchanging value, investing directly in bullion necessarily comes with liquidity problems. Trying to sell any reasonable amount of bullion in short order is one of those things that’s easier said than done.

There are alternatives, however, like CFDs and other derived instruments. But, if the events of 2008 taught us anything, it’s that the marginal gain in liquidity that going down this route brings will also come with its exposure to liquidity crisis risks. There’s nothing to stop derivatives uncoupled from their underlying assets from degenerating into worthless pieces of paper overnight. Granted, gold speculation does come with a lower risk profile than CDOs, but there are still no guarantees that a wild swing in gold or silver prices (whether it’s up or down) wouldn’t topple overleveraged speculators on either side of a contract.

What other options have been tested out?

In recent years, however, there have been some efforts made to improve the liquidity of gold and silver. But efforts like the Bullion Banking Law petition of 2017—which sought to introduce legislation enabling bullion investors to deposit and subsequently transfer fully insured gold at any bank with a US presence—tend to fall flat when they fail to gain the traction they needed. One of the big sticking points here, however, is the strategy’s reliance on legislators. Quite simply, there aren’t enough bullion investors to move the needle on legislative agenda-setting.

But at the same time as this was happening, cryptocurrencies were beginning to enter into the mainstream. Bitcoin started grabbing headlines as the seemingly worthless coin that emerged from the digital ether soared above the $15,000 mark. And while such a volatile and unsound instrument (even fiat currency at least guarantees that you can still pay your taxes with it) is of little interest to many gold and silver investors, there were some who were paying attention and asking important questions. If traditional currency could be backed by gold, then why shouldn’t there be a digital currency backed by it?

LODE answered the call, silvering a digital future with the golden past

Taking inspiration from the success of Bitcoin, businesses, developers and other interested groups have launched a plethora of new coins over the years. Some have been very much in the Bitcoin mold—where computers ‘mine’ the coin by solving computationally difficult problems—while others have been backed by more tangible things. For example, many Initial Coin Offerings (ICOs) in recent years have given investors the opportunity to invest in a currency unit that represents a unit of service with a company. But despite this activity, very few efforts have been made to back cryptocurrencies with more tangible and stable assets like gold and silver. And while there has been the emergence of so-called stablecoins, at best these are backed by fiat currencies… but many are merely pegged to one.

SEE ALSO  What you should know about SEP IRA

There was, however, LODE that emerged amongst all this activity, which formed out of a keen interest in realizing the potential of cryptocurrencies as a vehicle for reintroducing gold and silver standard currency. To achieve this, LODE’s AUX and AGX coins are only minted when a corresponding amount of verified and insured gold or silver is added to its vaults. The coins can then be redeemed for the same amount of gold or silver, guaranteeing that their value will always remain coupled to the value of the underlying amount of gold or silver.

How LODE is improving on existing digital gold and silver options.

Whilst being able to hold what is, essentially, digital gold or silver is a great concept, it offers little additional value if it doesn’t also allow its holders to exchange their coins freely. After all, it’s already possible to buy, transfer, and redeem government-backed digital certificates representing real gold. But, even if such devices do exist, trading precious metals in this way doesn’t remove the fact that they remain relatively dormant assets, and can only be liquidated in whatever physical unit of physical metal they were bought in. LODE, on the other hand, differentiates itself in a number of positive ways.

The first of these is that gold and silver investors simply wanting to sit on their precious metal assets for longer terms are able to put their minerals to work. By depositing their gold or silver with LODE, investors receive tokens that entitle them to regular micro payouts based on a percentage of the spreads on the ongoing exchange as the corresponding coins circulate. Like this, gold and silver becomes more than a dormant asset, and more like an investment-grade bond or term deposit, while still retaining all of the advantages that come with holding precious metals rather than volatile fiat currency.

SEE ALSO  How forex brokers have embraced the crypto revolution

But how does LODE solve the gold and silver liquidity problem?

LODE differentiates itself in one other very important way from existing options: each digital coin minted represents either one gram of vaulted silver, or one milligram of vaulted gold, enabling holders to trade fractional units. The advantages of this are numerous. Holders can liquidate precise proportions of their precious metal positions. Would-be investors can buy their way into precious metals without needing to commit to a large position upfront. And—perhaps most importantly—other goods and services can be purchased using AGX and AUX, just as with any other normal currency (LODE even has a dedicated payments app built just for this).

When all of this comes together, what we end up with is what the company is billing as a precious metal currency for the future. And they could be right. We do quite often look back to the past when seeking inspiration for the future and, despite its modern crypto-based coins, LODE is firmly rooted in the past. With gold- and silver-backed coins that can be freely exchanged for goods and services, it manages to represent a gold standard renaissance just as well as it fulfills the role of being the money of the future.