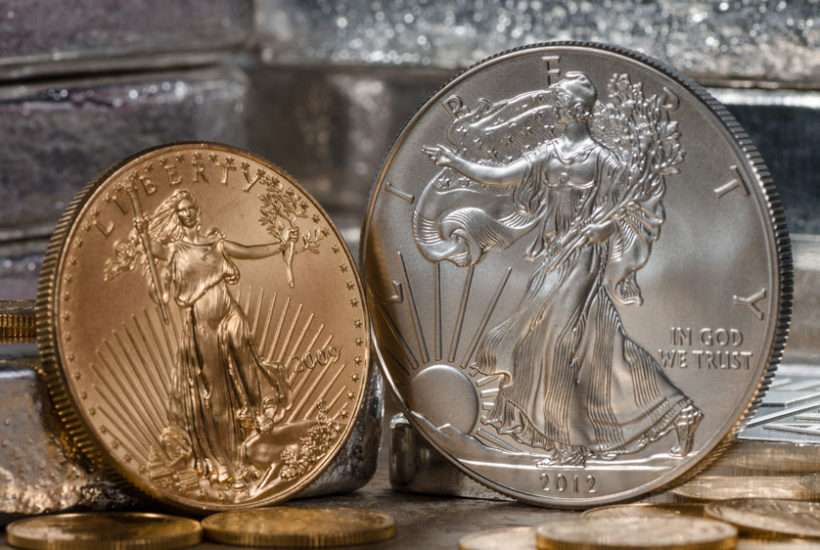 For most of modern history, we have paid for everything with cash. “Money” is a term used to denote the legal tender accepted as a payment method for any debt, serving as both a means to compensate for a product or service, or to simply represent wealth. What we have historically referred to as money has often taken the form of bank notes, however more recently, we have gradually shifted towards digital money. This is the money that sits in our bank accounts, redeemable for the tangible notes, but also easily transferred in markets between institutions and individuals as Amazon has proven.

A digital market has emerged and shifted our understanding of currency

It is then easy to argue that we began the transition to the digital economy decades ago. It wasn’t until 2008, however, in the backdrop of a financial crisis that would be felt for years following, that a relatively new technology was deployed with the hopes of restructuring the financial system: blockchain. The introduction of cryptocurrencies added a whole new spectrum of assets to the alternative investment space, accompanying gold and silver, assets as old as time, as a way to diversify investor portfolios and hedge against the devaluating nature of the U.S. dollar.

While precious metals like gold and silver have been trusted representations of value for millenia, they have traditionally not been able to assume the role of modern day currency due to their sheer physical qualities, as heavy assets that are difficult to transport and protect. Cryptocurrency enthusiasts have asserted that digital assets are superior as mediums of exchange, easier to transact thanks to their digital nativity.

In an increasingly digitized economy, where marketplaces have shifted online, accelerated by a global pandemic and the rise of digital giants like Amazon and Google, a new debate has come to the forefront, with one question at its center: what does the future of money look like?

The Debate of Intrinsic Value: Precious Metals vs. Cryptocurrencies

Grayscale, a digital currency asset manager, launched a campaign in 2019 titled “Drop Gold” to deter investors from investing in gold by comparing its qualities to those of digital currencies like Bitcoin. The argument, as described by the campaign’s website, was that “gold represents the past,” whereas Bitcoin and blockchain technology represent the future of finance. The campaign amassed attention from cryptocurrency enthusiasts and precious metals stackers alike, as the hashtag #dropgold made its way around Twitter and other social media platforms.

SEE ALSO  Crypto Yields, the Easy and the Hard Way

The campaign also seemingly prompted the World Gold Council to weigh in, with senior analyst Adam Parley authoring an article that dissected the primary differences between cryptocurrency assets and gold.

“Although cryptocurrencies and blockchain technology look promising as a whole, they clearly do not represent a substitute for gold either in theory or in practice,” wrote Parley. Listing their varying characteristics, he noted that gold has an established role as a safe-haven investment, hedging against market volatility and economic uncertainty.

However, advocates of the #dropgold campaign said that bitcoin is more effective as a medium of exchange, due to its ability to facilitate real-time payments by utilizing blockchain technology. What if we could have the best of both worlds: the stability of gold and silver with the market flexibility of cryptocurrency?.

The advent of blockchain technology is increasingly being viewed as a groundbreaking development not only for its applications in the financial industry, but also in a variety of other sectors, like healthcare, real estate, and transportation. However, it is now being repurposed to give precious metals its place in the digital economy, courtesy of the LODE Project.

LODE’s blockchain-powered monetary system is restoring utility to the precious metals, digitizing gold and silver to create tokenized versions that can be used for day-to-day purchases. AGX (digital silver) and AUX (digital gold) are now being heralded as mediums for the future of commerce.

“LODEpay has the infrastructure in place to make precious metals like gold and silver easily obtainable, transactable, and spendable,” said a LODE representative. “Grounded by real-world assets, AGX and AUX are specifically designed for trade and commerce, versus simply being held as a store of value.”

LODE’s proprietary marketplace, LODE Markets, is representative of the spending power of these digital assets. LODE Markets enables members of the LODE Community to spend their digital gold and silver to fund a variety of products and services, including travel expenses, hotel stays, advertising opportunities, and even, of course, purchases of physical gold and silver. Basically, the Amazon.com of purchasing, and spending, gold and silver: all the ease without any hassle.

This is an elegant answer to the dilemma between precious metals like silver and gold, and cryptocurrency like bitcoin and ethereum, just unite the two! It is also a prime example of the market shift towards modern solutions adapted to the needs of the digital economy, but still grounded in tangible value.