The commercial real estate market is highly responsive to the state of the economy. In this regard, 2017 has been rather successful for Greece. According to IMF forecasts, there will be a 2.8 percent growth in Greek economy this year. Last summer, Fitch and Moody’s upgraded their outlook for Greece’s sovereign debt rating to positive. The unemployment rate, as reported by Eurostat, fell by 2.4 percent over a year. There has been an upswing in tourism: the number of tourist arrival has increased from 14.9 million in 2009 to 24.8 million in 2016, and, will reach 26 million in 2017, according to the World Tourism and Travel Council (WTTC). This is especially beneficial for property owners who offer hotel accommodation for booking and apartments for short-term rent via online platforms.

Unlike the rest of the Greece property market, the office property sector, being less connected with tourism, has not yet begun to grow. Demand from tenants is slowly increasing, but the number of transactions is still small.

According to NAI Hellas, the total area of office property available in Greater Athens in 2016 was 2.2 million m². About half of the property is in the northern suburbs. Overall, the property market of Greater Athens (which, besides the capital, includes the suburbs and the port of Piraeus) is divided into five zones: center, north, south, west and Piraeus. The first three zones are known as prime markets among analysts, while the west zone and Piraeus are secondary markets. 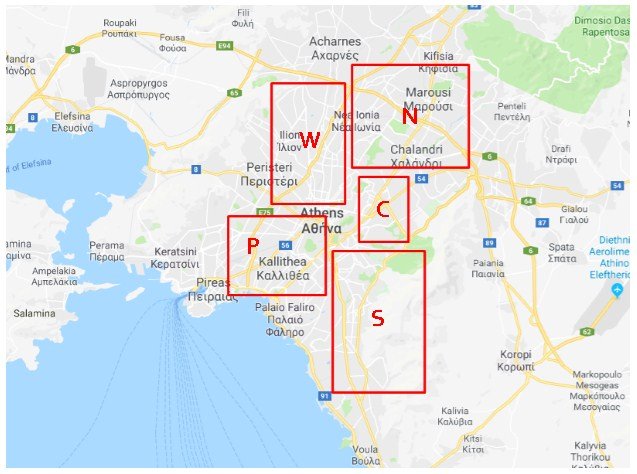 In the northern suburbs, where almost half of the office space is located (44 percent), there are offices of local and international companies and shipping companies, law firms and developers. A significant amount of office property is concentrated in the south (23 percent) and in the center (18 percent). The offices of financial institutions and most of the government organizations are located in the Athens CBD.

In the northern suburbs, where almost half of the office space is located (44 percent), there are offices of local and international companies and shipping companies, law firms and developers. A significant amount of office property is concentrated in the south (23 percent) and in the center (18 percent). The offices of financial institutions and most government organizations are located in the Athens CBD.

Over the past two years, the vacancy rate in the center, north, and south has been decreasing. However, in the west and in Piraeus, the number of vacant spaces has been growing. For example, the Piraeus market has lost some of its long-standing tenants since they moved to the south after the launch of new projects on the Athens Riviera.

Typically, office property is classified as A, B, C or D class. Class A offices refer to new or newly renovated buildings with high-quality repairs, high ceilings, and modern wiring systems. Class B buildings are mostly built 10-25 years ago. C and D class offices are older buildings of poorer quality.

Average rents have fallen since the 2008 economic crisis, which makes good quality centrally located properties more affordable. The demand for these properties has been rising while supply has been flat. As a result, the vacancy rate has shrunk. On the other hand, C and D class office spaces attract little interest.

Analysts from Cushman & Wakefield think that class B offices in downtown Athens are growing in popularity. As such, the number of vacant office spaces in this segment is expected to fall in the medium term.

Cushman & Wakefield speaks of a new trend in the Athens real estate market: C class commercial buildings in the city center are often being bought and converted into hotels and apartment hotels to cater to the growing number of tourists.

Due to project financing limits, there are more redevelopment projects than new constructions in the Athens commercial property market. According to experts from Urban Land Institute, the reason Athens lacks speculative construction projects is that it is unprofitable to carry out any development project if rental rates are below €15/m².

The demand for good quality offices in central locations is mainly boosted by local institutional investors. According to Cushman & Wakefield, one of the largest office transactions in 2017 was the sale of four buildings for €28.7 million by PQH S.A.

Rent in the prime segment of the Athens property market for commercial buildings has been falling since 2008, but stabilized by the end of 2016. According to Cushman & Wakefield, €/m2 for property located around Syntagma Square (downtown Athens) brings in €17/m2, €15/m2in Kifisias Avenue (north) and €12/m2 in Piraeus. 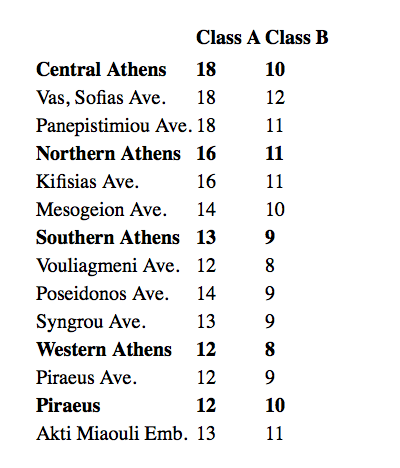 The Greek economy has not yet fully recovered from the crisis, so investments in office real estate are risky. Such investments are often chosen by local institutional investors, who focus on quality properties in the Athens CBD. Tranio recommends foreign buyers to invest in housing for short-term lease as well as to invest in hotels. A greater number of tourist arrivals ensures these properties will bring a stable rental income and have a high potential for price growth.