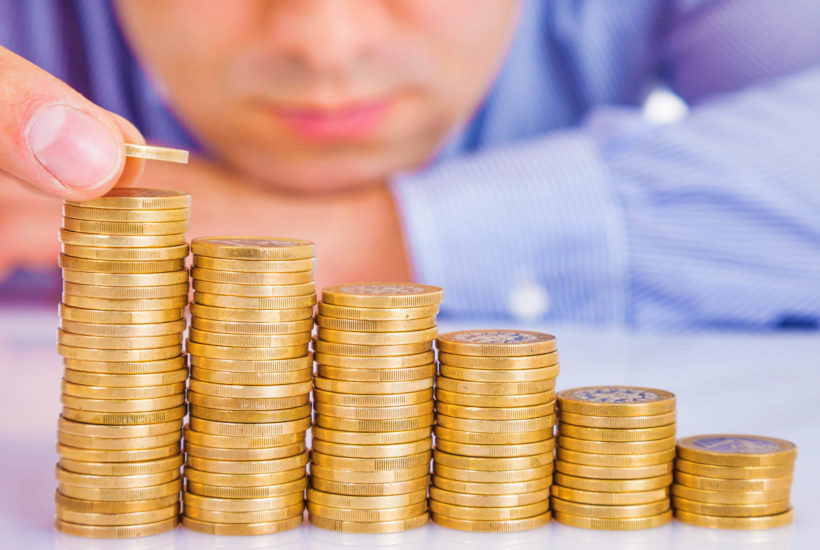 We’re expecting central banks to keep printing money, interest rates to stay near zero, growth to continue “into a plateau of prosperity.” Just like 1929.

Dare us to say: it’s hard to find good value investments out there.

Look at this chart of accelerating IPOs at higher and higher prices, most often from companies that have no or little profits. People are buying into the bubble at prices that companies could not possibly fulfill even in many years, if ever. They don’t call these companies “unicorns” for nothing. 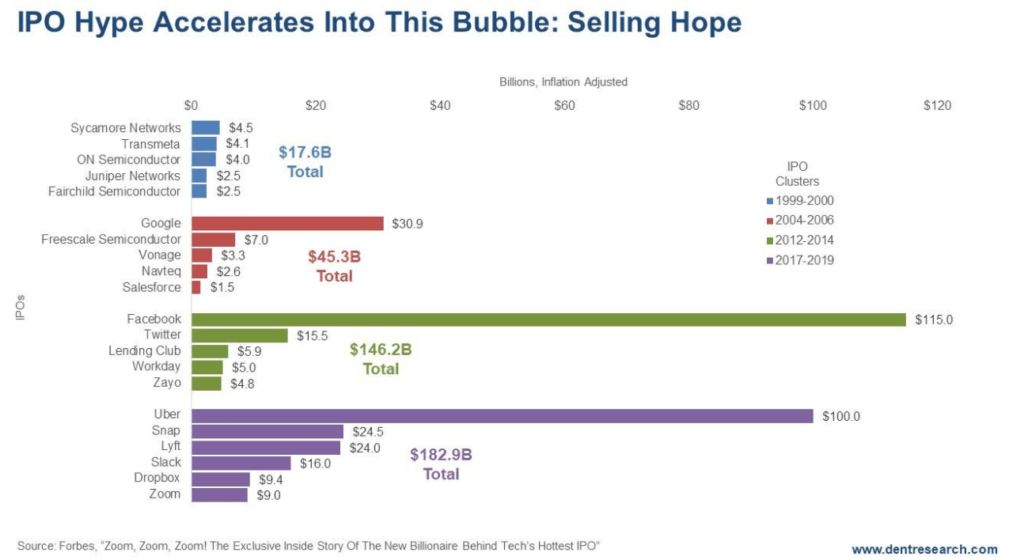 Now it’s Uber and its peers, collectively valuing at $182.9 billion. And this bubble isn’t over yet.

Yet Uber has $16 billion in cumulative losses, no chance of profits anytime soon, if ever. Its drivers are overworked and underpaid. They likely won’t stay with the company for long. And its IPO is backing off that $100-billion initial valuation. (That may be a sign that this bubble is getting close to peaking, but more on that another time.)

So, how do you make money on companies like these that have no profits and are valued 10 to 20 years out, on the assumption of success?

How do you find the Amazons of this world without the wild roller coaster ride – up and down — at the beginning?

How do we get on the train at THAT point?

I guess those are the questions every investor asks and one of the reasons you follow our work. You hope we have the answers.

Finding the next Amazon

There’s a new twist on our four-season and S-curve model of business that Rodney, our Boom & Bust Portfolio Manager, has identified. It’s called “The Second Wave,” and it’s giving investors like you the opportunity to board the profit train AFTER the hype has done its damage.

I spent years consulting to, running, and investing in new ventures. Being an entrepreneur myself and having a natural attraction to risk, I tended to invest in that brutal first wave… the one that crushes you when the wave breaks. My thinking would be something along these lines: “Here’s a new product/technology. It’s radically better than the existing ones.” Why not get in early on? The problem is that it is just getting off the ground, has to raise money with no track record, get initial customers for credibility and cash flow, and if successful, has to manage rapid growth. There are a million things that can go wrong at that vulnerable stage.

Inevitably they face a crisis, even if successful. Too many competitors will enter the market and over-expand. The creative entrepreneur will find he has no skills at managing the growth he created, funding will dry up in stock crashes like 2000-2002, or 2008-2009… and on and on.

Every new growth industry faces a shakeout. Actually, there’s a series of shakeouts. It’s especially during that first shakeout, when the tide recedes, that you first see who’s swimming naked. The weak are weeded out and the strong survive.

That’s where I should have invested when the new industry or company was still young – at the beginning of that second wave. It’s where the winning candidates come into their own and the direction of the industry comes into clearer focus.