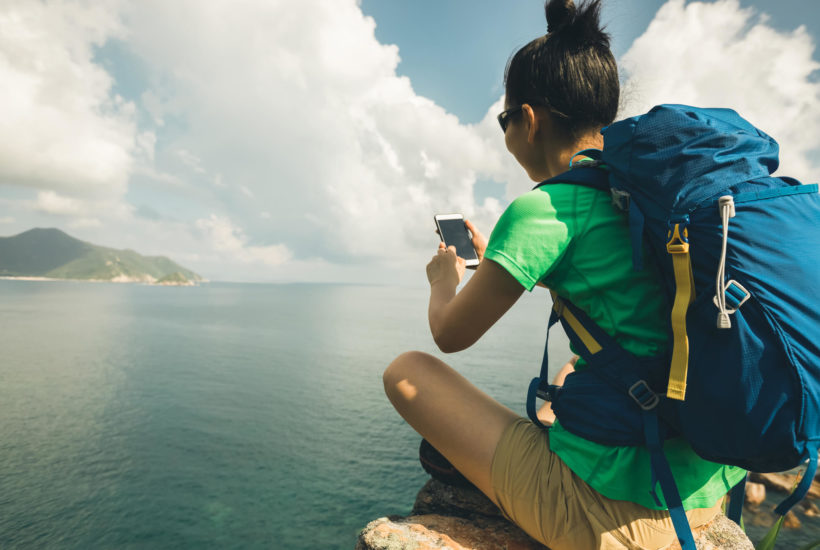 There are millions of apps available for your phone, but you can’t take all of them on your next trip. So which smartphone apps should you pack?

That may seem like an easy question to answer, but it isn’t. Of the 10 most-downloaded iPhone apps last year, only one – Google Maps – made the list (at No. 8). It’s currently at No. 10 on the iTunes chart.

So what are the “must have” travel apps – the ones you’ll turn to again and again on your trip?

There’s a reason everyone’s downloading this app. Its directions are usually accurate and fast. “Google Maps first comes to mind,” says Anne Woodyard, who owns a tour company in Reston, Virginia. “I use it for driving, walking, estimating time – we use it everywhere!”

Google Maps isn’t perfect, of course. Sometimes it waits until the last minute to tell you which way to turn. Sometimes it instructs you to exit when you should stay on the highway. But according to travelers, it’s as good as it gets.

If you’re traveling internationally, you need this app. It lets you submit your passport control and customs declaration information through your phone, replacing the traditional blue-and-white paper declaration form required of most travelers entering the U.S. by air or sea. Best of all, you get to use a faster line in Customs. “Although it’s free, very few people know about or use Mobile Passport,” says Stephanie Miller, a bank manager and frequent traveler from Louisville, Colorado. “But for anyone returning to the U.S. from a trip abroad, it’s essential!”

I downloaded Mobile Passport when I returned from a trip to Africa a few years ago, and it’s been on my phone ever since. If you don’t have a Global Entry membership, this is almost as good.

SEE ALSO  What travelers need to know about connection times

If you need to get anywhere by mass transit, you need Moovit. And it works almost everywhere. “It’s of great help in cities like Cuenca, Ecuador, where there is a vast bus system, but no published schedules and negligible route information at bus stops,” says Ryan James, a frequent traveler who lives in Budapest.

Moovit uses your GPS location to show you routes, schedules and approximate time for the journey. It keeps getting better, with features like real-time arrival updates and a feature for using bike-sharing to get to your destination. It will open up a new world for you, even if you just travel domestically.

Learning a second language is difficult, and if you’re going on vacation, there’s probably no time to do that. You need a translation app that’s reliable and easy to use. Google Translate is that app. “Google Translate is a lifesaver, especially when you are not fluent in the native language of the place you are visiting,” says Somdip Dey, an artificial intelligence researcher at the University of Essex in England. On a trip to Zhangjiajie, in the northwest of China’s Hunan province, Dey became separated from his group. He couldn’t read the signs and no one spoke English. Google Translate in offline mode helped him get back to his rendezvous point.

Google Translate works offline in 59 languages and does real-time translations for most major languages. But its coolest feature is instant camera translation, which lets you point at a sign and translate it.

AroundMe answers one of the most common questions any traveler has: What’s nearby? The app identifies your position through GPS and allows you to choose from a list of places, including banks, gas stations, hotels or supermarkets. Teri Joyce, a retired art teacher from Minneapolis, contacted me from San Miguel Allende, Mexico, where she’s using it to find things to do. “It shows how far away something is and will show its location via Google Maps,” she says. “It’s wonderful!”

AroundMe is a convenient and simple way to find out what’s happening nearby. The ads on the free version are a little annoying, but once you get past those, it’s a truly useful app.

Don’t leave home without these five apps installed on your smartphone. And remember, there are lots of other great travel apps out there, so don’t limit yourself to these helpful programs.

Tips for selecting the right travel app for your next trip

• Download from a trusted source. That would be iTunes or Google Play.

• Read the stars – and the reviews. The best travel apps have at least four stars, but many exceed 4 1/2 stars. Pay attention to the reviews, too, especially if you might need the app for a special purpose, like translating a particular language.

• Test before you take it on the road. You don’t want to find out that your app has a critical flaw while you’re traveling. That might include consuming too much data, demanding you upgrade to a paid version, or only working in the United States. Know before you go.