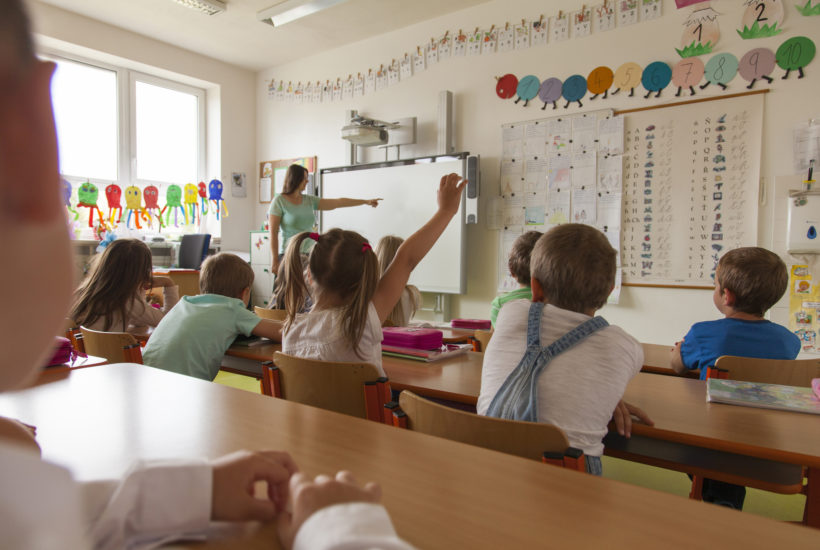 That’s obviously a significant understatement because the report explains that the needs of K-12, the U.S.’ second-largest infrastructure sector, will exceed approximately $870 billion between now and the next several years. Of this amount, $490 billion in funding has been identified. Most of it is coming from bond elections that taxpayers have approved.

The Center on Budget Policy and Priorities finds that states and localities spend the vast majority of their capital dollars — nearly half — on schools. In bond elections across 12 states in May, voters widely supported funding requests.

In May, Michigan voters approved over $1 billion total in school bond packages. In Walled Lake, voters approved $316 million for construction of two new facilities and renovations on other buildings. Dublin Elementary School, built in 1928, will be replaced with a new, modern facility that will house 24 classrooms, a gym, an early childhood extension space, special rooms for music, art, and special education support. The district also plans to build a new early childhood facility with 16 classrooms, a playground, and spaces for special activities. Additionally, Walled Lake High School will see major renovations that will provide a more collaborative learning environment with modernized study areas, restrooms, and other basic facilities.

In Minnesota, voters approved over half a billion dollars in bond packages for new school construction. The North St. Paul-Maplewood-Oakdale School District will consolidate nine elementary schools into seven larger, renovated facilities and reduce three middle schools to two renovated ones. The district plans to spend $275 million on the project, which also includes adding secure entrances, modern furniture, and flexible classroom spaces. In the Virginia School District, voters approved $147 million and in the Eveleth-Gilbert School District voters approved $30.9 million for the two districts to establish a new career academy high school and to build new elementary schools in collaboration.

Horry County Schools in South Carolina has announced a new $13 million project to construct a County Education Center. The current plan is to have the building ready for use as soon as next year. The new education center is only one of the facilities included in a $750 million five-year capital plan approved in March. Plans include adding modular classrooms, traffic loop improvements, and upgrades to roofs and HVAC systems. Additionally, the county will be soliciting a sports design firm to survey land for track facilities and tennis courts at nine high schools.

Many smaller projects are also being announced. In Stevensville, Montana, voters approved bond funding for a $6.3 million elementary school and $14.1 million high school. Funding will also be used to modernize other buildings, improve athletic facilities, and upgrade building access, parking, and security.  A new industrial trades and technology center is planned as well.

In Prince George’s County, Maryland, district officials are exploring an innovative public-private partnership (P3) to address an $8.5 billion backlog in school construction needs. While P3s have been used recently to build individual schools, such as College Park Academy, built near the University of Maryland Campus, this would be the first time for a school district attempt a consolidated project of this size. District officials believe that a collaborative effort with a private sector partner will allow officials to build schools faster and at a lower cost.

SEE ALSO  How businesses can embrace the cashierless shopping trend

There are many other benefits that result from public-private partnership engagements – the transfer of risk, ongoing maintenance and operations, and expertise that can only be obtained from firms focused solely on this type of project. The county has hired a consultant to work with officials, and while no final decision has been announced, it appears that the probability is that a P3 engagement will be the preferred delivery method. The Prince George’s school system is the second largest in Maryland, and the 25th largest in the U.S.

Funding for the K-12 education sector is definitely creating a robust contracting marketplace. Upcoming opportunities of every type and size are now available for contractors in every state.