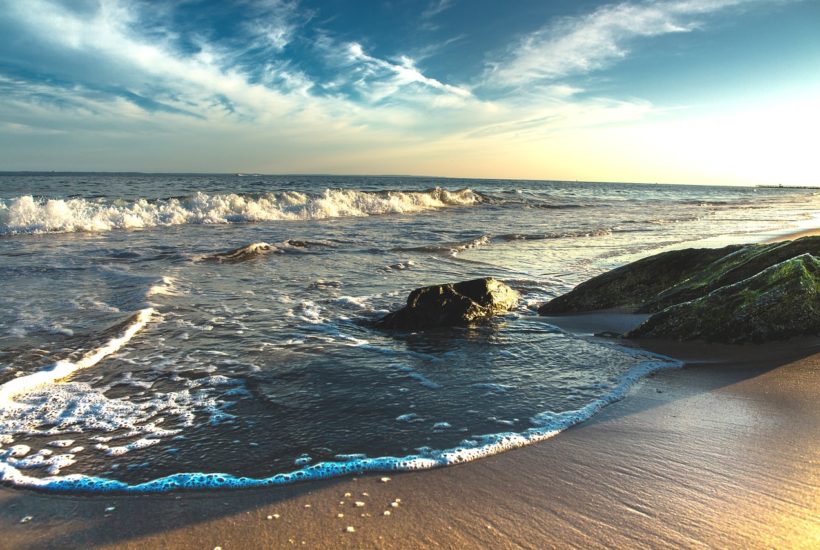 Companies with service offerings and/or capabilities associated with resilience projects would be wise to check their current registration status with the U.S. Army Corps of Engineers (USACE). Small and minority firms should definitely reach out to check their status and learn more about the special benefits their certification categories provide to prime contractors.

This alert to verify status comes from Congress’ allocation of $17 billion to the USACE for an abundance of high-dollar resilience projects that will all require contractors.

Placing an immediate focus on resiliency projects is wise because the most recent $17 billion allocation only marks the surface of future resilience activity and funding. The upcoming opportunities will elevate contractors of all sizes and types to high-demand status. The critical need to protect and preserve coastal lands and public assets is a top priority for the federal government and state and local governments as well.

USACE’s recently funded feasibility studies and projects are ready to launch point to the future of climate resilience opportunities. A quick look at what will be released soon provides insight into what will follow.

The most recent injection of USACE funding will allow for the completion of work on a resilience project along waterways in San Antonio. Beginning later this year, USACE will allocate $75 million for the Westside Creeks Ecosystem Restoration Project, which was initiated years ago. The funding is earmarked for efforts to secure current flood control components and restore the environmental conditions of the Alazán, Apache, Martinez, and San Pedro creeks.

USACE also is spearheading a $35 million design project for levee segments in the San Joaquin River Basin of California. The design work will focus on 10 miles of new levee segments to complement the region’s existing 14.2-mile levee network. New levees will be constructed in the metropolitan region of Stockton, California, to reduce the city’s vulnerability to floods.

Another coastal resilience project in California includes the construction of a 50-foot-wide beach along 7,800 feet of shoreline in the San Diego region. The $30.5 million project will be designed to protect beaches and prevent erosion. Every five years afterward, the shoreline will be renourished with thousands of cubic yards of sediment to prevent coastal erosion and storm damage.

Hawaii’s need for coastal resilience measures can be seen in another $90 million plan to protect a critical highway from coastal hazards. The project will focus on approximately 6 miles of coastline highway that serves as the main route in and out of west Maui. That stretch of roadway will be realigned to mitigate the effects of storm and wave damage.

The state of Florida will see a wide range of climate resilience projects. With USACE guidance, officials in Broward County are proceeding with a $1.1 billion restoration plan. The project’s design includes measures for individual sub-projects such as the construction of the Broward County Water Preserve, the Indian River Lagoon project, and the construction of a pump station for the Central Everglades.

Florida will have numerous ongoing coastal resilience efforts underway in the next several years. Construction will begin on the USACE-recommended Pinellas County beach erosion control project. That initiative will address beach nourishment and allow for construction of dunes and berms to alleviate coastal storm risks. The entire initiative carries a projected cost of approximately $207 million.

Later this year, the USACE will announce a resilience initiative for New York’s Atlantic coastline that could become one of the largest infrastructure projects in the state’s history. The work will focus on an earlier feasibility study for in-water storm surge barriers within the Newtown Creek, Gowanus Canal, and Jamaica Bay waterways. Plans will be forthcoming for a 5-mile barrier between the Rockaways and New Jersey to protect against coastal storms. The barrier proposal that has been advocated is expected to be included in USACE’s upcoming plan and the project’s cost will range somewhere between $14 billion and $118 billion.

In Northern Virginia, coastal resilience plans include an upcoming $8.5 million shoreline conservation project. Funding will allow officials to target conservation areas along coastlines in Alexandria, Fairfax, and Prince William counties. These areas will be designated buffer zones between the coastline and local infrastructure that is susceptible to tidal and storm-surge flooding. The funding also will provide funding to monitor signs of coastal erosion.

Communities along every prominent waterway in America are prime targets for resilience contracting opportunities. The shorelines must be protected to prevent flooding and coastal storms and because of climate change and the threats that weather now presents, there can be no delay in the launch of resilience work.

(Featured image by liliy2025 via Pixabay)