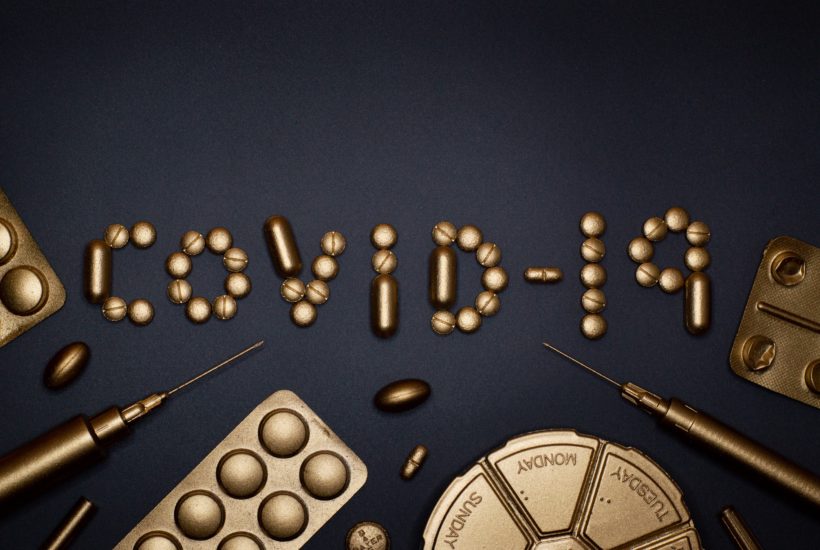 For a long time, investors’ focus was primarily on which company would be the first to succeed in presenting a vaccine. However, the real potential of biotech companies lies in their novel methods, which are likely to produce numerous profitable drugs and treatments in the years to come. Investors should therefore keep a close eye on the following biotech companies.

Read more on the subject and find the latest finance headlines with the Born2Invest mobile app.

In 2013, AbbVie split from pharmaceutical company Abbott Laboratories. Since then, the company’s value has increased by more than 180 percent. The dividend has more than tripled. Currently, AbbVie shareholders can look forward to a dividend yield of 5.3 percent. A look at the company’s product range shows why it has done so well in recent years.

The biggest revenue generator is the extremely popular drug Humira, which is very effective in the treatment of arthritis. Its patent expires in three years. However, AbbVie already has two similar drugs on offer. With the acquisition of Allergan, the company has also secured a firm foothold in the fields of neurology and cosmetic surgery.

Unlike many other companies, AbbVie could also increase its dividend substantially in 2020. The company combines the proven development methods of a traditional pharmaceutical company and the innovative technologies of modern biotechs and is thus excellently positioned to continue generating significant sales in the coming years.

Among biotechs, Amgen is already an old hand. The company was founded as early as 1980 and can therefore look back on a wealth of experience in the development of novel drugs and treatment methods. Accordingly, Amgen currently has a whole range of profitable drugs. These are aimed at arthritis, osteoporosis and the side effects of chemotherapy, among others.

In addition, the company is currently working on various novel drugs. However, there is also a certain risk involved. For example, the company is currently developing a cancer drug that has only recently completed phase 2 of its clinical trials. While Amgen itself rates the trials as successful, some experts take a more critical view. At the same time, a novel cardiac drug failed to produce important results in its phase 3. As a result, the Amgen share was downgraded by analysts.

Isolated setbacks are quite common in this industry. Overall, Amgen is therefore well positioned for the future and should sooner or later be able to report successes in the development of novel drugs.

The biotech company from Mainz was the first to succeed in developing an effective vaccine against the Corona virus in cooperation with the US pharmaceutical group Pfizer. Accordingly, the company’s share price has virtually exploded over the course of the year. In the last 12 months, the share price increased by more than 400 percent.

SEE ALSO  DappRadar: DeFi Platforms Have Lost 45% of Total Value Since the End of April

How BioNTech’s share price develops in the coming year is likely to depend largely on how well its self-developed vaccine compares with the competition. Therefore, the share is likely to be one of the more volatile of its kind in the coming months. However, the potential for further gains is still there, despite the already quite high valuation.

Additionally, BioNTech has proven that its proprietary mRNA-based process is highly promising. Its vaccine will be the first mRNA-based agent to be approved worldwide. BioNTech’s real focus is cancer therapy. If the company succeeds in leveraging its knowledge advantage in this field as well, significantly higher growth figures should be possible in the future.

The CRISPR-Cas9 method makes it possible to directly edit the information contained in genes. This opens up a variety of completely new treatment methods. The company’s co-founder Emmanuelle Charpentier was awarded the Nobel Prize just this year for her involvement in the development of the technique.

CRISPR Therapeutics has already developed a treatment for sickle cell disease using the CRIPS-Cas9 process. In addition, three other cancer therapies are currently in various stages of development. The Swiss company is also conducting research on six other projects. So there could well be a whole series of success stories here in the coming years.

At the same time, the share price is also quite volatile due to the large number of treatments in development. In addition to success stories, occasional setbacks are also possible. In the long term, the potential of the process used is enormous. In the short to medium term, however, investors should also be patient here.

Regeneron Pharmaceuticals could also profit from the pandemic. However, the focus here is not on the development of a vaccine, but on the antibody cocktail REGN-CoV2, which can be administered to those who are already ill. Probably the most famous patient to benefit from this agent was US President Donald Trump.

Apart from this, Regeneron’s product range includes a number of other drugs that have already proven their efficacy and thus can already generate sales on a consistent basis. In addition, the company has developed a number of techniques that enable researchers to significantly accelerate the process of screening a drug’s individual components for efficacy.

With its strong combination of proven and profitable drugs, as well as what is sure to be a sharp increase in demand for REGN-CoV2, numerous analysts see Regeneron as one of the most promising biotech stocks for 2021. The current price target is therefore about $200 above the current price.

Vertex Pharmaceuticals is best known for its various drugs for the treatment of cystic fibrosis. Over the years, the company managed to launch a whole range of drugs for this condition at once. The long-term price trend of the stock is pointing strongly upwards.

Only recently, however, the share price suffered a severe setback. The reason for this was setbacks in the development of a lung drug. This shows once again how strongly the shares of biotech companies are dependent on the results of the clinical trials of their new drugs. Investors should therefore always factor in this kind of short-term and unforeseen volatility.

With VX-864, a promising compound is currently in development. Results are expected in the first half of 2021. If these are positive, the share price should increase rapidly. However, if the results are negative again, the mood of shareholders and analysts could deteriorate even further. Vertex is therefore definitely the most speculative stock among those mentioned here.

First published in ETF Nachrichten, a third-party contributor translated and adapted the article from the original. In case of discrepancy, the original will prevail.