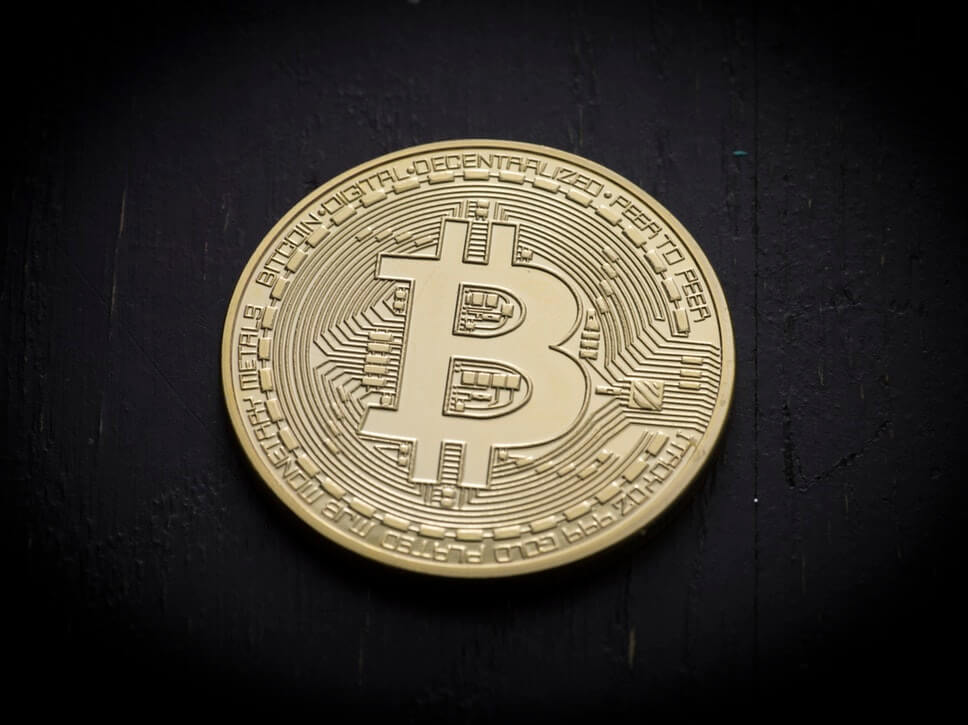 There is a similarity between the internet bubble and crash and the Bitcoin bubble today.

At the time, I saw two possible scenarios. Both are still viable today, but the degree of the 60 percent crash in Bitcoin tells me that we’re most likely experiencing scenario two, where the cryptocurrency hit its top near $20,000.

That doesn’t take scenario one out of the running. There’s still a remote chance that Bitcoin could surge back and break above $20,000, after which it would be curtains.

Neither scenario is good news for stocks.

Here are some updated charts: 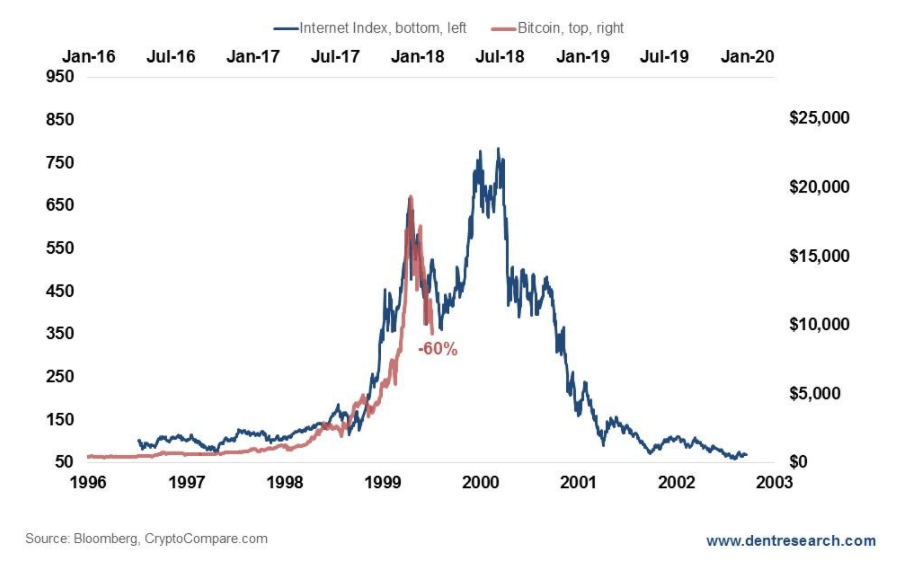 The internet bubble saw a 46 percent crash in 1999 before rocketing to a new high in early 2000. The Bitcoin bubble has already seen a 60 percent crash, which makes a new high or scenario one less likely. But it is still possible if we can hold the recent 8,800 lows at 60 percent down from the top. 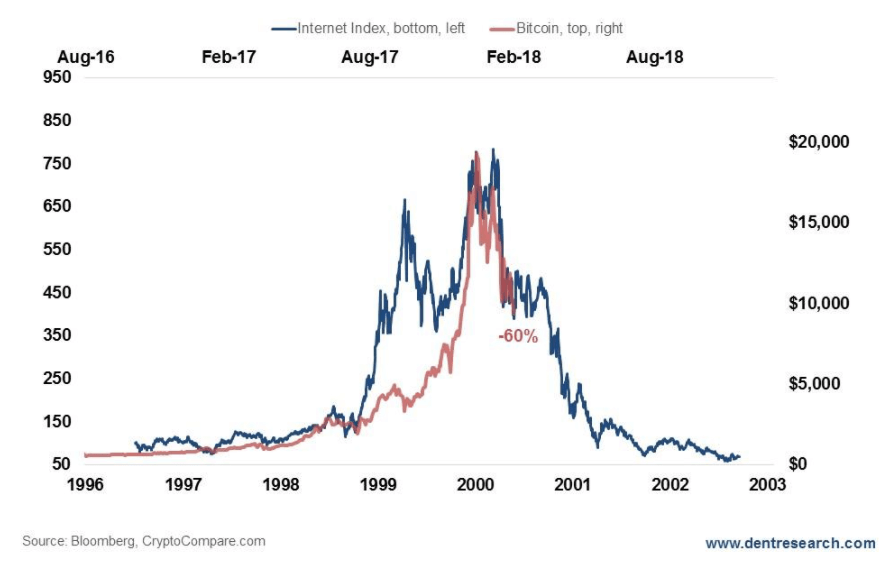 That would be a signal of bubble worry for the stock market. The coming weeks are critical.

Any new lows in Bitcoin would strengthen the likelihood of scenario two unfolding — that Bitcoin and cryptocurrencies peaked around $20,000 and the stock market will follow on about an eight- to nine-week lag.