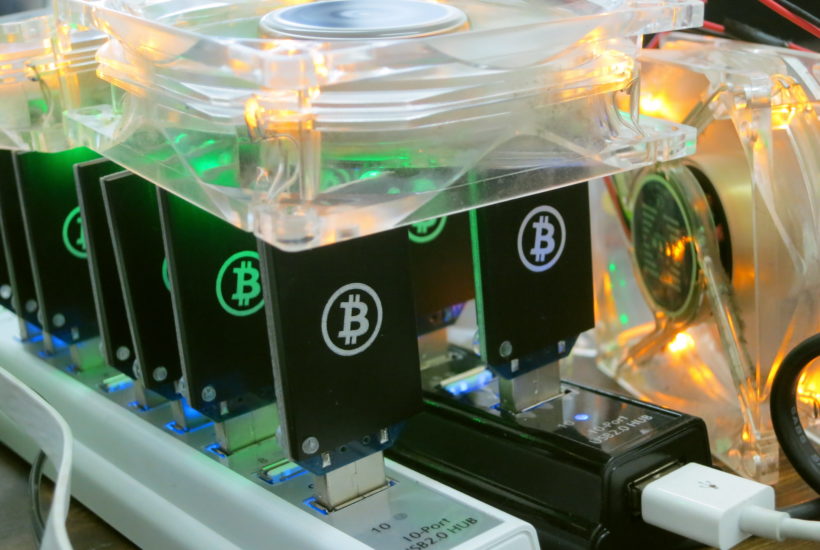 Over the past three months, Bitcoin‘s hash rate has been getting higher and higher, approaching its all-time high from about half a year ago. That’s according to data from Blockchain.com. The difficulty of the network is increasing due to the accelerated hash rate. The mining complexity of the main cryptocurrency has increased nine times in a row so far and is approaching its last all-time high, which was recorded on May 13th, 2021.

If you want to read more about the complexity of Bitcoin mining, download for free our companion app. Born2Invest’s team of journalists gathers the most interesting business news in a single mobile application. It’s impossible to keep up with everything you’re interested in, but our companion app will help you keep track of the important news. Our app is being updated throughout the day.

Satoshi Nakamoto added network complexity as a mechanism to maintain a steady rate of roughly ten-minute blocks. In addition, complexity improves the security of the entire system. The 51 percent attack will be much more difficult and costly to deal with.

The hash rate changes twice a month. When it does, the network reflects this change. The complexity of bitcoin mining is proportional to the hash rate. When one value increases, the other increases as well.

Consequently, one quantity also decreases in sync with the other. For example, when the Chinese government cracked down on mining this summer, the hash rate went down. After that, it became easier to mine Bitcoin. This year, the hash rate of BTC has dropped sharply and the mining complexity has dropped by almost 40% at different intervals.

SEE ALSO  What you need to know about post-holiday Forex

Bitcoin mining is getting more complicated over time

The all-time high in complexity was 25.05 trillion on May 13th. Just two weeks later, it was 4 trillion less. In July, the value dropped to a new low of just 13.6 trillion. Earlier this month, the largest complexity adjustment since the network’s inception was made.

With a block height of 689,472, the massive drop was nearly 28%. At the time of writing, BTC’s mining complexity stands at just under 22.7 trillion. It is quickly approaching the all-time high of 25.05 trillion.

To reach a new all-time high, the mining complexity needs to increase by more than 10%. In the near future, Bitcoin will be more difficult to mine than it was six months ago. Given the current SHA256 profitability rates, Bitcoin has every chance of breaking this record.

As the price of Bitcoin rises, mining becomes more lucrative, and more people get on board. Then the complexity increases. Microbt Whatsminer M30S++, B2 from Ipollo, and other ASIC rigs for bitcoin mining earn their owners more than $25 per day, even if they have electricity costs of $0.12/kWh. The situation is similar for Ethereum.

(Featured image by Mirko Tobias Schäfer CC BY 2.0 via Flickr)