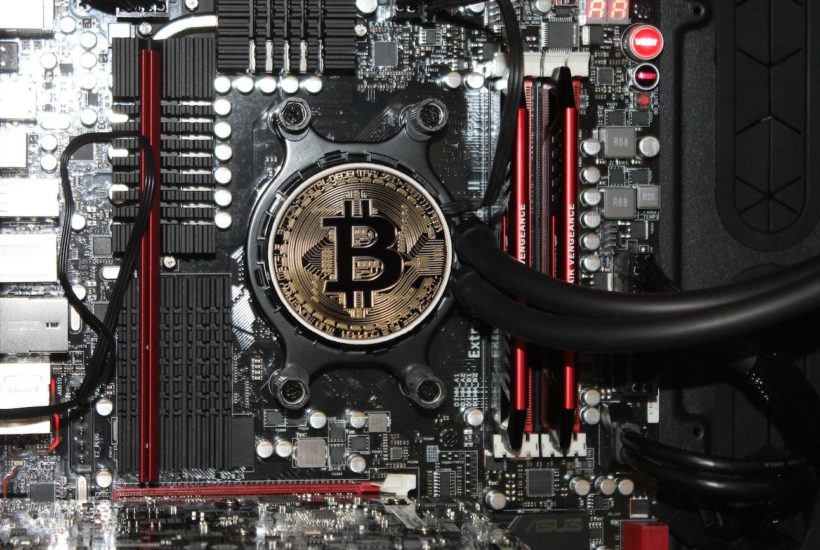 The Bitcoin Post Halving Depression has reached most people. The interest in Bitcoin and cryptocurrencies has dropped dramatically in recent months and many are already doubting the future of BTC and cryptocurrencies. However, the situation does not look that bad at the moment. If we look in the direction of mining, which is not only responsible for a large part of the supply on the markets but also represents the most important security aspect, then we get a different picture.

The hashrate reached a new all-time high a few days ago. In addition, on July 13th, the difficulty, i.e. the difficulty of finding a block, also rose to a new record high. If the hashrate remains at such a high level, the next difficulty adjustment will increase by another 9%, putting all miners under even more pressure.

Find out more about the hashrate and the intrinsic value of Bitcoin and read the latest financial headlines with our companion app, Born2Invest.

Behind the hashrate of Bitcoin are many different miners, who use their machines to search for new blocks. The block rewards, i.e. the rewards for finding a valid block, are currently the highest motivation. However, the transaction fees are no longer to be neglected either.

To prevent more and more miners from entering the business and searching for new blocks and thus new Bitcoins, Satoshi Nakamoto has come up with an ingenious idea – Difficulty Adjustment. The Difficulty determines how hard it is to find a new block. By adjusting this difficulty, a block is found every 10 minutes on average, regardless of how much hashrate flows into the network.

This guarantees that not only blocks are found too slowly or too quickly, but also that the specified production rate of BTC is maintained. As a result, no one can produce more BTC than intended, no matter how much energy and work they invest.

Trust in Bitcoin and Difficulty Adjustment

Although the halving has halved the miners’ revenues in BTC from one block to the other, the hashrate has risen to a new all-time high. This clearly shows how confident the miners are about the future of the Bitcoin course. The miners are also speculating with a much higher risk due to the investment and the ongoing costs for the mining business.

Nevertheless, the latest Difficulty adjustment, which has also reached a new all-time high, is putting the miners under increasing pressure. It has become more difficult for every miner to find new blocks. So the miner has to invest even more to get the chance to find a block. In the worst case, that could lead to some miners capitulating or leaving the business at short notice to wait for a difficulty adjustment downwards.

If the hashrate remains unchanged over the next 13 days, there will be another difficulty adjustment of about 9% upwards. After that, it can be assumed that the hashrate will decrease again. It is an eternal game that is determined by the hashrate, the difficulty and the rate of Bitcoin. An incredibly exciting but also very risky business. The perfect protection to adequately secure decentralized money.

The intrinsic value of Bitcoin increases

At this point, many people disagree but Bitcoin has an intrinsic value. Some would see it in basic characteristics of BTC such as decentralization, security, censorship resistance, scarcity, etc. Others see the intrinsic value in the energy that must be expended to produce a Bitcoin.

If the work required to produce a BTC is taken in consideration, the intrinsic value after Bitcoin Halving has increased dramatically. The hashrate is at a new all-time high and only half the BTC is produced as before halving.

On the other hand, the hashrate is determined more by the Bitcoin rate and not the other way around. According to this, many miners will switch off their machines for the time being if the BTC rate drops sharply. It would simply no longer be profitable for many miners to produce Bitcoins under these conditions, because the costs would exceed the revenues.

Nevertheless, the confidence of the miners gives hope for a rising share price. Because it should not be forgotten that the supply of new BTC has fallen by half since the last halving. This could quickly lead to a demand overhang in the coming years and drive the Bitcoin price up.

In addition, the next halving will already be available in 2024 and will halve the supply again. This is where constant to rising demand meets constantly falling supply. What the long-term result of this will be, anyone can imagine for themselves. Of course, nobody can say whether it will happen in the end, but the chances are not bad.

(Featured image by AaronjOlson via Pixabay)