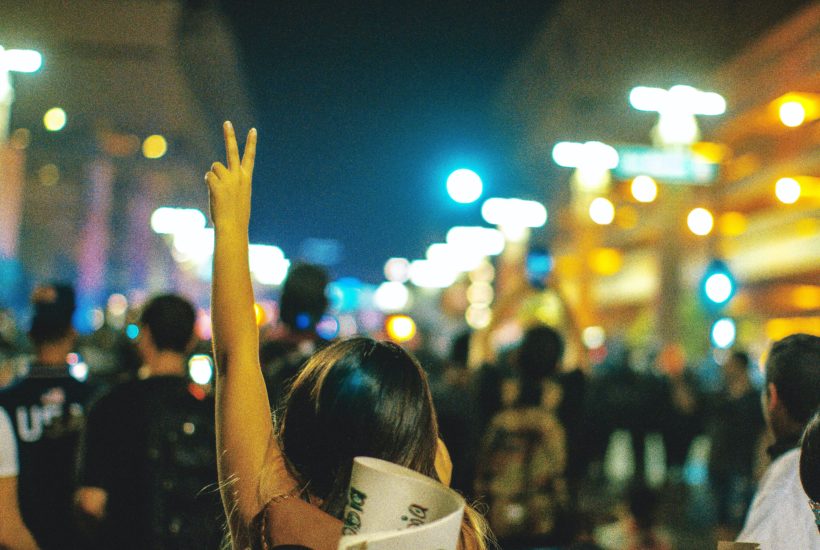 Bitcoin (BTC) is set to become a legal official currency in El Salvador on September 7th, 2021. Although the announcement in early June had caused much euphoria, many also met the plan with criticism. After the decision was not so well received in their own country, the inhabitants of El Salvador are now demonstrating.

Nayib Bukele, President of El Salvador, wanted to do the citizens of his own country a favor by introducing Bitcoin as an official currency. In his opinion, this would combat poverty in the state. In the beginning, most of the criticism came only from the opposition and from institutions such as the World Bank and the International Monetary Fund.

But now dissenting voices from within the country are also becoming more apparent. However, it is difficult to judge whether the demonstrations are only about the introduction of bitcoin as a currency or rather about President Nayib Bukele. Bukele is heavily criticized in his home country for his authoritarian style of leadership.

If you want to read more about the protests in El Salvador and to find the latest business news in the world, download the Born2Invest mobile app.

People feel ignored by the officials in El Salvador

The demonstrations emanate from the leftist organization “Bloque de Resistencia y Rebeldia Popular.” According to them, the Bitcoin law was passed without detailed studies. In addition, they say, the people were not consulted.

They fear a significant disadvantage for the lower and middle classes as a result of the Bitcoin introduction in the country. So far, for example, about 70 percent of the inhabitants do not have their own bank account anyway. However, the banking part will be directly bypassed with the introduction of Bitcoin as a means of payment.

SEE ALSO  Portobello puts Eysa, the former owner of Emov, up for sale for $433 million

Bitcoin will not be forced on residents

In doing so, Bukele had stated quite clearly that bitcoin does not have to be forced upon all residents. Bukele still made the following comments in this regard at the end of June:

“The use of Bitcoin will be optional. No one will receive Bitcoin if they don’t want to. When someone receives payment in Bitcoin, they can choose to automatically receive it in dollars.” Meanwhile, even the introductory gift of $30 in BTC does not seem to be convincing many residents of Bitcoin.

Already after the announcement to introduce Bitcoin as a means of payment, the first opinion polls in the country showed that the majority of the country is not convinced by this project. The goal of independence from the U.S. dollar would not be achievable with this project in the eyes of most people. The U.S. dollar has been the official currency in El Salvador since 2001.

Recently, the first rumors circulated about the introduction of El Salvador’s own stablecoin. However, President Nayib Bukele did not officially confirm this.

Currently, there are still about six weeks until Bitcoin is finally introduced as legal tender. Initially, Bukele was still determined to implement this. But after initial criticism from the World Bank and the International Monetary Fund, the development of infrastructure is making the project in the country difficult anyway. Support has so far been offered by at least some crypto companies.

Whether the introduction of Bitcoin on September 7th, 2021, will remain can at least be doubted at the moment. It remains exciting to see which forms the demonstrations will take and whether such a large share of the population is really critical of the project.