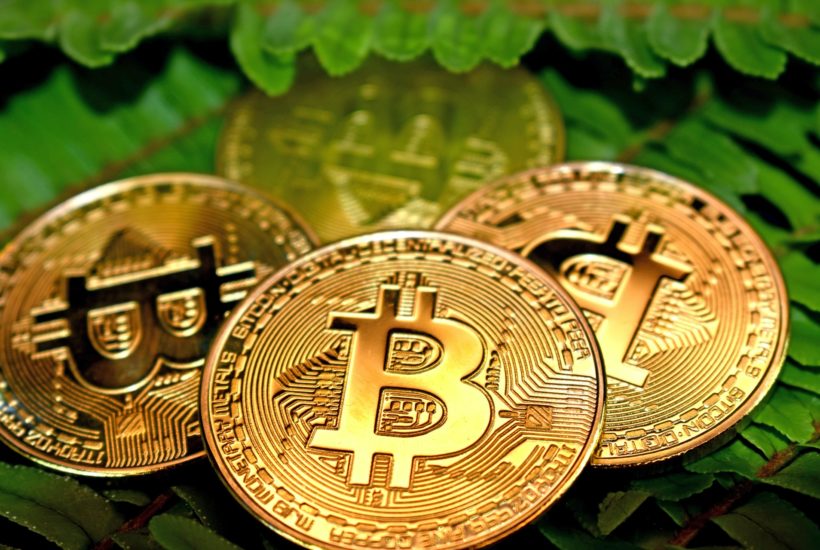 The price of Bitcoin is currently going through wild times – no question! PayPal, MicroStrategy, Elon Musk & Tesla have made sure that BTC is once again a topic of conversation all over the world. But can the parabolic price increase be trusted?

The price of Bitcoin is currently trading at $46,531 after the price per BTC wrote a new all-time high of around $48,150 just Wednesday, February 10th. The recent pump is primarily due to the news that Tesla has invested around $1.5 billion in Bitcoin. This news has once again caused a stir worldwide.

Thus, the price of Bitcoin continues its enormous upward rally unperturbed. After it has already risen by 47% in the month of December 2020 alone, it has gone one better this year and has already risen another 66%. Since the beginning of October, it has thus risen by 350% within 4 months.

While each additional all-time high in Bitcoin is celebrated across the board, this also leaves more and more observers asking how long the Bitcoin price can sustain this momentum. The short answer to this question is: A while longer, but a correction is becoming increasingly likely.

In this article you can find an explanation why this is so by means of a comparison of events from the Telegram channel of Bitcoin-Bude, which has been expanded here by a few more aspects and interpreted differently in other places.

Read more about the price of Bitcoin and find other important financial headlines with our companion app, Born2Invest.

Bitcoin price analysis from the point of view of the bears

Probably the most alarming signal at the end of January was the monthly candle itself that had formed on the Bitcoin chart.

With more and more institutional investors getting involved in the market, it is important to look at time frames that are also prioritized by these market players, most of whom have a long-term investment horizon. This is primarily the monthly chart.

The monthly chart shows a candle with an extremely high wick. Basically, the wisdom is that the body of the candle represents the facts, while the wick tells a story. In the last 2 years, a formation of such a high wick was accompanied by too much selling pressure in this region. Accordingly, major market corrections were the accompaniment after the Bitcoin price had been hovering around a local high for 2-3 months.

However, the recent rise in price beyond the end of the previous wick is extremely uncharacteristic of previous patterns, as selling pressure in this area was typically too strong. However, the Tesla news may have been exploited to undermine this effect.

SEE ALSO  What Role Can IT Play in Sustainability?

Bitcoin whales are said to have pushed the BTC price to $48,000

Analysts at Material Scientist said that Bitcoin Whales have shown unusually large volume in the wake of Tesla News. To be exact, about $150 million in just 24 hours. According to the analysts, this is very atypical.

This data indicates that Bitcoin Whales have consistently provided more buying pressure after the news that Tesla has bought $1.5 billion worth of BTC.

Analysts commented on a BTC graph on Twitter as follows: “And finally, whales are still driving this whole thing and are up big-time! Why is there so much blue above, you might ask? Because the whales have an unusually large net volume ($150M in the last 24h)! Normally they make up a tiny fraction of the total CVD, but now it’s the bulk. So this move to $50k was almost entirely whale-driven!”

Of course, this fact can be interpreted in different ways. Some would say that Bitcoin Whales acquiring more BTC en masse at this high level is a bullish signal, reflecting their confidence that the Bitcoin price will rise far above this level. Others would possibly speculate that a polarizing news story was exploited here to manipulate the market and create artificially higher exit points for themselves. The latter would fit the atypical pattern on the monthly chart.

The bull variant for the BTC price

What speaks fundamentally for a further Bitcoin price rise is that the interest of companies to invest in Bitcoin has reached an immense scope. For example, Michael Saylor has already reported that more than 1,400 companies expressed interest in investing in Bitcoin at his seminar. The recent news about the Tesla investment may have further strengthened this decision.

Last week’s closing price was also the highest in BTC’s history. This also speaks for the fact that the positive momentum in the Bitcoin price is still present.

Also in favor is the thesis that the pattern of previous halving cycles is repeating itself. According to a more detailed analysis of Halving cycles, their patterns, and how it can be used to determine the all-time high at the end of the bull market, we have only recently reached the halfway point.

According to this analysis, a certain level on the RSI indicator marks 2 tops in each halving cycle. The 1st top is followed by a correction, while the 2nd top denotes the end of the bull market. In January, the RSI indicator signaled the 1st top of the current bull run, followed by a nearly 30% correction. Currently, the Bitcoin price may be on its way to seek its 2nd top and thus the end of the bull run. Historically, it has always found this at the upper trend line of the Yope channel, a growth channel for Bitcoin.

If this pattern from the last 3 halving cycles continues, the upcoming all-time high for this year might not be too long away and could be found at around $70,000-75,000. Accordingly, however, the Bitcoin price would still have plenty of room to grow, as the upper trendline is currently still almost 50% above the current price of BTC. Moreover, this trend line has the tendency to continue rising over time. The longer the Bitcoin price needs to reach it, the higher it will be.

(Featured image by Executium via Pixabay)