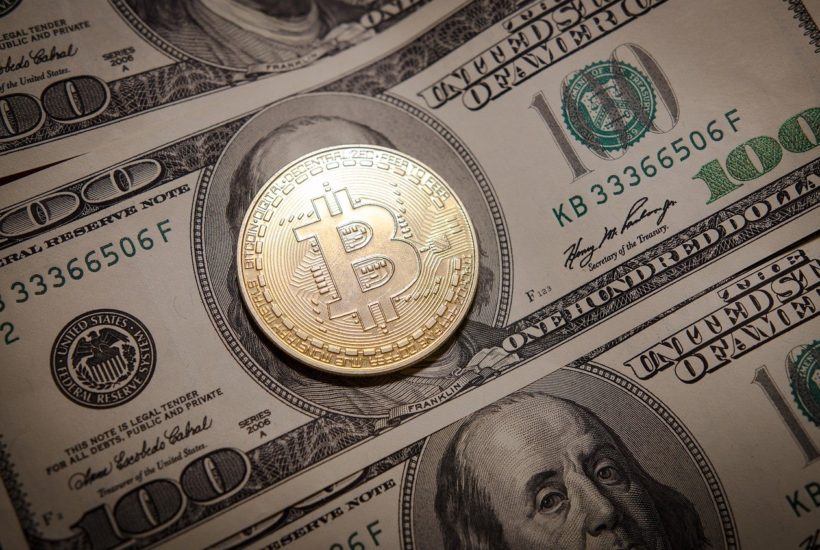 Bitcoin (BTC) has gone through a prolonged correction phase since peaking at $42,000. However, this correction may have been ended by Elon Musk. At least, that’s how it seems. In any case, the price of Bitcoin has been able to hold a critical level and make up space again.

The whole thing was triggered by the GameStop debacle, which had raised many questions about the trustworthiness of the major parties and the exchanges. A circumstance that played into the hands of Bitcoin and cryptocurrencies in general with their narrative of decentralization. Headlines like this are leading more and more people to realize how unfair and flawed the current system is. Accordingly, more and more people are looking for a fairer alternative.

Among these people is Elon Musk, who is worth nearly $183 billion according to Forbes, making him the richest person in the world. The Tesla CEO mentioned Bitcoin on his Twitter profile, writing: “In hindsight, it was inevitable.”

A very cryptic message to his 44 million followers, which some might interpret as Musk investing in Bitcoin.

In any case, this tweet and Elon Musk’s profile change triggered a new Bitcoin price rally on January 29th. The price per BTC skyrocketed from $32,500 to $38,000 in a matter of minutes.

That, of course, makes many bullish eyes light up again. The most important questions now are: does this mean that the bull market will continue and will the Bitcoin price see new all-time highs?

Read more about Bitcoin and find other business news in the crypto sector and not only with the Born2Invest mobile app.

According to van de Poppe, the 2-hour chart shows a clear bullish breakout after the price of Bitcoin held the key support zone at $30,000.

The key breakout for the rally to continue was to find support at $30,000, which happened in the last few days. After that, the next step for a bullish continuation would be a breakout above the $34,000 resistance zone.

Mainly thanks to Elon Musk’s tweet, the breakout was confirmed and the price of Bitcoin started to accelerate its rise sharply. The next level to break through, according to van de Poppe, is $37,600-38,000, as this is the next area with significant liquidity.

Currently, the price of Bitcoin is trying to crack this resistance level at $38,000. If this area turns into support, it is likely to see another bullish continuation towards the all-time high. Even more, van de Poppe believes it is possible that the next stop thereafter could be $50,000.

Currently, the price of Bitcoin is trying to break through the resistance at $38,000. If it is broken, a continuation towards a new all-time high seems inevitable, as van de Poppe said $40,500 is the only level to watch after $38,000.

The current situation is seen somewhat more sobering by the analysts at Bitcoin-Bude. There, too, they do not rule out the possibility of a continuation of the medium-term uptrend, but they warned against approaching the situation too hastily. In a message on Telegram, they wrote:

“Meanwhile, the bitcoin price is also trading back below the upper trend line of the right-angled, rising, broadening formation that we have already drawn attention to in this analysis. It should also be watched if the daily price closes below the red trend line that accompanies the downtrend/correction of the last few weeks.”

In fact, it seems that the last word around the direction of the Bitcoin price has not been spoken yet. The current chart shows that the price per BTC is about to fall below the downward trend line again. At the same time, it is currently already back inside the bearish formation.

However, it is crucial to see where the daily price will close. Should it actually close below the trend line marked in red on the chart, a retest of the $34,000 zone is to be expected, as van de Poppe had already written. Should this be broken downwards, today’s price action will more likely be chalked up as an artificial pump. However, as we have hopefully been able to demonstrate in this article, the cards have been reshuffled. It remains to be seen how much is really behind the Bitcoin price increase and whether the upward trend or the correction will continue. In any case, the critical price levels have been outlined.

(Featured image by Petre_Barlea via Pixabay)