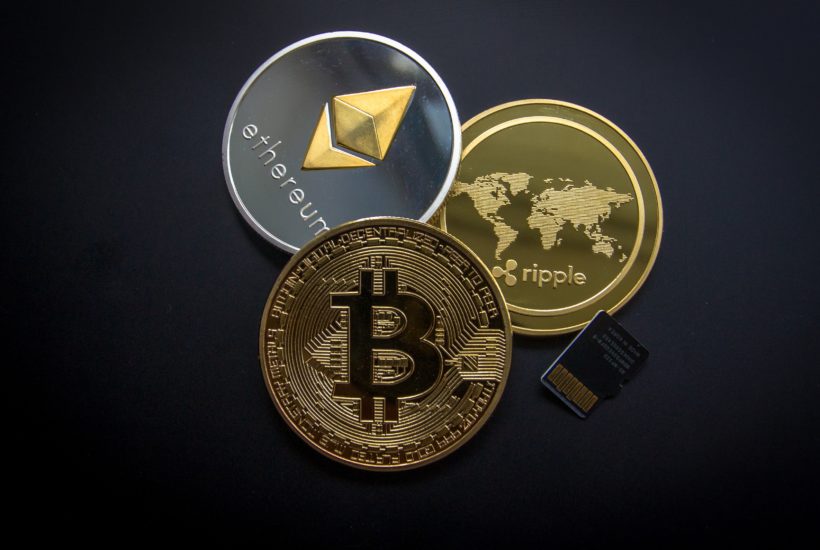 In the last week of February, the price of Bitcoin (BTC) once again brings surprises for all users and enthusiasts, as the main digital currency goes down on February 22nd, trading at about $53,210 per unit with a drop of 6.9% in 24 hours.

Two important aspects in relation to the price of Bitcoin must be highlighted:

The first one is that shortly after 2:00 pm (New York time) on February 22nd, the digital currency reached a new all-time high by trading at around $58,330 per unit, this being the peak of the uptrend that had its beginnings last week.

The other aspect is that after reaching these new all-time highs, the digital currency started a downward trend that resulted in a drop of at least about $4,500 until reaching the time of editing. The lowest point of this fall took place a few minutes ago, when Bitcoin was trading at around $53,324 per unit.

Read more about the evolution of the course of Bitcoin and find other business news with the Born2Invest mobile app.

In relation to the sharp drop seen on February 22nd, analysts from the international bank JPMorgan pointed out that this could be associated with the lack of liquidity in the market, something that although in the past has played in favor of the price of Bitcoin, now could be detrimental because of the strong interest and excitement it has generated among medium and large-scale investors.

However, although the fall is remarkable and could extend, analysts and enthusiasts point out that this was an expected behavior after the capitalized increases in recent days, so this situation could be reversed and Bitcoin would continue its upward race again, while institutional interest in the reason for the shares driven by companies such as MicroStrategy, Tesla and many others continues to increase.

It is worth noting that a pro-Bitcoin movement started last week and went viral mainly on Twitter, where reputable figures and enthusiasts changed their profile pictures to “Laser Eyes”. This campaign is called #LaserRayUntil100K or #LaserEyesTil100K, and is the new way in which supporters of the digital currency are looking to push for a new surge that will take BTC above $100,000 per unit.

SEE ALSO  Why is previous experience essential for opening a startup?

On the other hand, new statements from gold market enthusiast Peter Schiff led many to believe that he had finally given up and would give in to Bitcoin, as he asked his followers when would be the most ideal time to sell. However, upon receiving some responses, the tycoon once again ratified his backing for the precious metal, calling it the most stable store of value currently in existence.

Bitcoin “enemy” Peter Schiff asked via Twitter, “If I buy some BTC how will I know when to sell it?”

Ethereum and other major altcoins go down this February 22nd

As is often the case, the fall seen in the price of Bitcoin also generated a sort of domino effect among the main altcoins, highlighting the fall of some of the most reputable exponents of this market.

Perhaps the most noteworthy case would come to be that of Ethereum (ETH), as the second currency with the largest market capitalization falls to about $1,739 per unit after reaching record highs above $2,000 last weekend. Another case also capitalizing significant drops is Binance Coin (BNB), as the token backed by the Binance team also goes down falling more than 14%, trading by the time of editing at about $251 per unit.

Other notable fallers include Polkadot (DOT), Cardano (ADA), Litecoin (LTC), Chainlink (LINK), Bitcoin Cash (BCH), Stellar (XLM), Uniswap (UNI) and AAVE, all of which are down this February 22 with drops close to and/or greater than 10%.

Finally, there are the coins with the most pronounced fluctuations forFeb 22nd, among which the following exponents stand out:

The main winner of the day in the midst of this massive drop is CRO, the Crypto.com token that registers this February 22nd an increase of over 70%. Reports point out that this would be associated with the burning of some 70,000,000 million CRO for next March 25th, in the framework of the launch of the new Crypto.org Chain network.

It is followed by HOLO and FTM tokens, both of which capitalize gains of over 22% by the time of editing.

It is followed by XVS and POLS, coins with declines of more than 21% at the time of writing.

(Featured image by Worldspectrum via Pexels)

First published in DiarioBitcoin, a third-party contributor translated and adapted the article from the original. In case of discrepancy, the original will prevail.