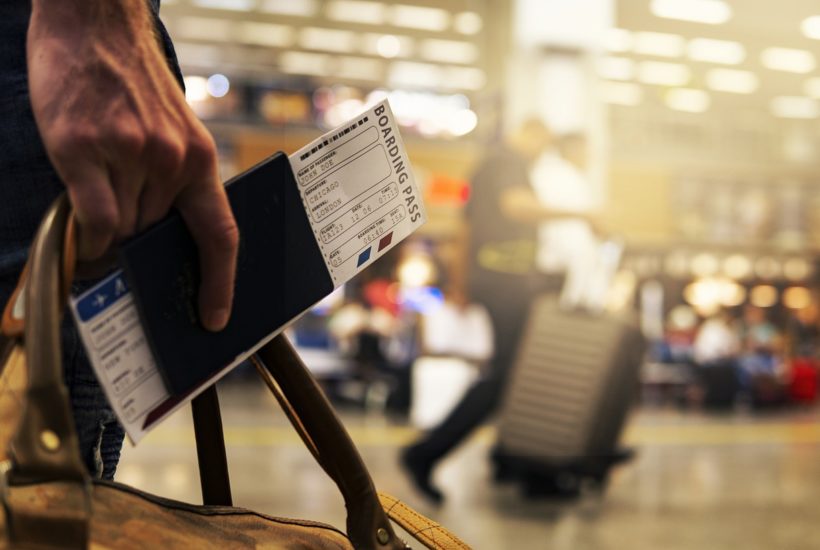 BizAway, the Friulian scaleup where it is possible to organize business travels, has closed its fourth round of $10.9 million (€10 million) led by the venture funds Azimut Digitech Fund and Gellify as lead investor and Exor Seeds, which enter the equity along with other international investors.

Also significantly reinvests Alma Mundi Ventures, the Spanish venture capital that invests in startups with tickets from $545,000 to $5.45 million (€500,000 to €5 million), which on the occasion of this fourth round renews the trust together with the other pre-existing partners thanks to the achievements of the scaleup in the last year.

Read more about BizAway and find the most important financial news of the day with our companion app Born2Invest.

All BizAway’s previous partners had also participated in the round, including Riccardo Martinelli, former CIO of Partners Group in Italy, through the vehicle Bizy24; and Federico Gonzalez Tejera, global CEO of the Radisson group.

The company makes it possible to manage the organization of business travel and provide each client with a multilingual team specialized in business travel, making it possible for companies to save more than 25% compared to traditional agencies on business travel bookings and management. Since its launch, more than 150 thousand bookings have been made through the platform and more than three million euros of savings have been achieved for the more than 650 client companies, including Casavo, Credimi, Freeda, Penta, Cimolai, Rizzani de Eccher, Satispay, BDO, Cricket, Scalapay, Vortice, Perrigo, WeRoad, EJU, Talent Garden, Sielte.

In the first months of 2022, BizAway officially became the first TMC dedicated to business travel to obtain the B-Corp certification worldwide, was awarded the LUXlife Travel and Tourism Awards 2022 as the Best Travel Booking Solution for 2022 and obtained the first place at the European level in the business travel sector in the FT1000 ranking of the Financial Times and Statista.

Despite the strong crisis that the travel industry has experienced due to the health emergency, the scaleup founded in January 2015 in Spilimbergo (Pordenone) by Luca Carlucci and Flavio Del Bianco has continued to grow both in economic terms, quadrupling in 2021 the 2020 revenues, and in employment, with the hiring of 30 people for a total of 100 employees in the 5 European offices (two in Italy in Spilimbergo and Milan, two in Spain in Barcelona and Vigo and one in Albania in Shkodra, inaugurated just last year). In detail, revenues in 2021 touched $8.7 million (€8 million) compared to $2.07 million (€1.9 million) in 2020. In 2019, the most comparable year, revenues had amounted to $3.8 million (€3.5 million) (+300% on 2018). But expectations are to close 2022 at $35 million (€32 million).

“This round makes us even more solid in the international business travel landscape and will allow us to continue implementing our ambitious plan, always improving and integrating new features, also allowing us to invest even more in our team, both technical and operational, and to open two more locations in Europe by the end of the year,” said CTO Del Bianco.

Among the latest integrations of the platform, BizAway has developed together with Riskline a Travel Risk Management service, which allows to graphically visualize the position of the traveler managing any risks, a calculator for CO2 offsetting in collaboration with Eden Reforestation Project and Squake and partnerships with Trenitalia and Italo that allow users the possibility to manage all bookings and post-booking activities independently.

“BizAway’s strength is the distinct innovative nature that allows it to manage the complexity of business travel for large corporations, offering a complete, serviced, and simplified experience. Currently, more than ever, companies need to digitize their business processes for travel and business travel in order to streamline procedures and allow companies to cut costs without giving up anything,” concluded CEO Carlucci.

“BizAway has shown remarkable resilience to the crisis and rapid growth in recent years. After a particularly difficult period for the travel industry, BizAway has established itself as one of the leading digital solutions in the business travel segment” -said Fabio Nalucci, Investment Advisor of Azimut Digitech Fund. “We stand by the company in this international expansion phase and are confident that the managmenet team will achieve a global leadership position, redefining the paradigms of Business Travel in the post-pandemic era.”

For the tandem Azimut Digitech and Gellify, this is the second deal of 2022 after the one, dating back to the end of last March, of MIster Worker, an online marketplace of professional work tools. Azimut Digitech Fund, like Gellify, is specialized in startups that develop B2B platforms such as BizAway and Misterworker, and is managed by Gellify itself.

As for Exor Seeds, a subsidiary of the Agnelli Elkann family’s listed holding company of the same name, it is very active on the seed capital front. At the end of last March, it announced the launch of an investment program with a focus on pre-seed and seed-stage startups offering an investment of 150 thousand euros with an efficient diligence process, favorable conditions for founders, and no seat on the board of directors. This is the second initiative launched in a few months by Exor on the pre-seed front, after the support to Vento (Venture Originator), a program launched in September 2021 by Exor in partnership with Talent Garden, Ogr Torino, and Compagnia di San Paolo

(Featured image by JoshuaWoroniecki via Pixabay)