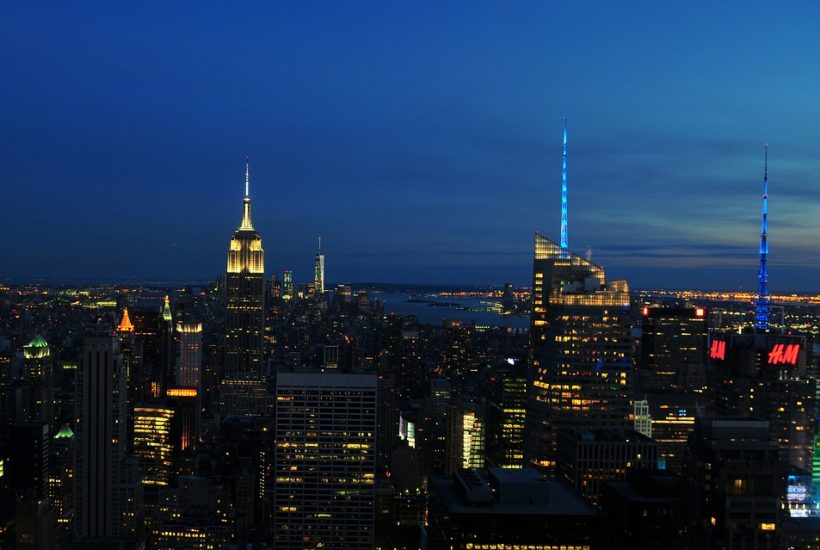 The Fed has now begun to pave the way for a return to Quantitative Easing. The reason for this was the recent spike in borrowing rates in the Repo market. At his latest press, Chair Powell spoke about the spike in the Effective Fed Funds and Repo rates. He said, “Going forward, we’re going to be very closely monitoring market developments and assessing their implications for the appropriate level of reserves.”

But why has the Fed panicked so quickly? Perhaps it is because Jerome Powell only has (7) 25bps rate cuts left before he returns to the zero-bound range. That is not nearly enough ammo left. The Fed normally has needed in the neighborhood of 20 such cuts to be effective in lower borrowing costs; that’s even enough to jump-start the economy. In addition, the Fed’s unprecedented destruction of $100’s of billions in base money supply has left banks with a dearth of reserves.

The Quantitative Tightening (QT) process took excess reserves down from $2.2T to $1.4T. That may still sound like a lot of liquidity. However, given the demand for US dollars and the predilection on the part of banks to hoard cash, it is clearly not nearly enough. In any case, the Fed’s prediction that is QT program would be a boring and harmless exercise goes down as another stark illustration of the completely opaque condition of its crystal ball.

There has been stress appearing in the money markets recently. It has caused the EFFR to rise above the top end of the range set by the FOMC. And, Repo rates soared some 800 bps above the price where the Fed wants short-term lending to occur. Even the Secured Overnight Financing Rate (SOFR) shot up to 5.25% on September 17th from 2.43%. It is particularly concerning given that SOFR lending is collateralized by Treasuries!

The excuse used by the mainstream financial media for the stress in the money market is being labeled “technical factors”. This is the same rational given at the precipice of the Great Recession a decade ago. Such technical factors include claiming corporations were seeking dollars for quarterly tax payments; that the Treasury needed to replenish its cash position by drawing just over $100 billion from reserves parked at the Fed.

Now, quarterly tax payments are not at all a surprising occurrence and in no way can explain the level of dysfunction. And, the replenishment of cash for the Treasury is something that should have been manageable given the size of the $2.2 trillion Repo market.

The truth is there is an acute dollar shortage that has formed. This was caused by the drainage of liquidity from the Fed’s QT program. The fragility of the Repo market is especially concerning given its attenuation following the credit crisis a decade ago. Banks are simply required to hold more reserves now than before 2008 and $800 billion of those reserves were taken away and burned due to QT.

Therefore, the good news is this current crisis is not yet similar to 2008; where distressed assets were being hypothecated by insolvent entities—at least not at this point. The bad news? What we have now is a liquidity crisis so acute that solvent financial institutions were having to exchange high-quality assets for overnight loans at double-digit interest rates. Just imagine how ugly things will get in the Repo market once those assets become impaired.

Most on Wall Street believe standing Repo facility provided by the Fed will be enough to re-liquify the money markets and thus prevent a crisis similar to the Great Recession. However, no matter how much cash the Fed is willing to exchange for a bank’s collateral, these same assets must be sold back to the borrower the next day.

The Fed may be able to provide enough liquidity for distressed assets already in existence. But what it cannot do is compel financial institutions to provide liquidity for newly issued debt such as; junk bonds, CLOs and MBS, once the upcoming recession becomes manifest. The result will be the inability of marginal businesses to access the credit markets. The ensuing economic and market crash will be severe. Unfortunately, that recession worse than the Great Recession given the liquidity crisis already at hand.

Still doubting the fragility of markets and the economy? Just remember the complete shutdown of the junk bond market and plunge in asset prices that occurred one year ago. Couple this with the very recent spike in Repo rates. Wise investors will understand that the current economic construct clings tenuously to the misplaced hope in central banks. All in order to keep the skin on these paper-thin asset bubbles from bursting.

Investors are now dealing with a protracted earnings recession, anemic global growth, dysfunctional money markets, an inverted yield curve, a massively overvalued equity market and central banks that are without sufficient ammo to reduce borrowing costs. It is imperative to model these dynamics in order to give investors the best chance to protect and profit from these existential dangers to wealth.