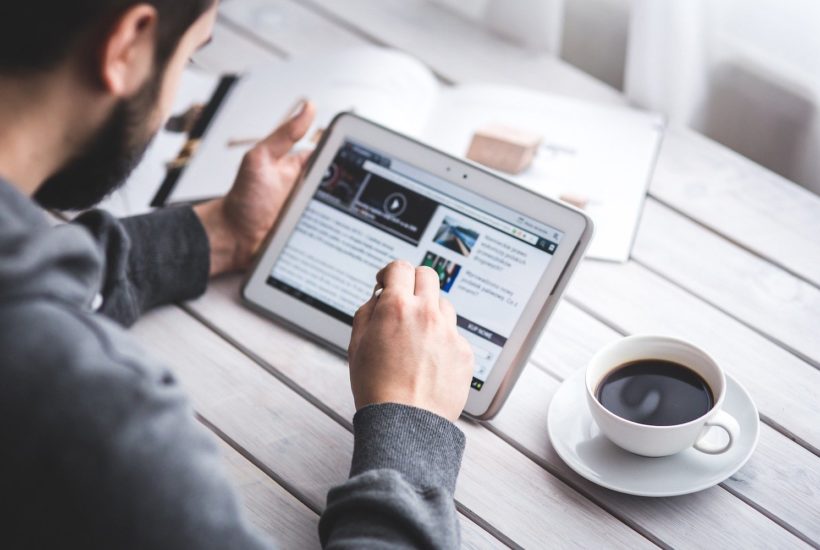 Fintech Startup Neon will use its newly acquired resources to accelerate growth with almost 2 million active accounts. Neon further demonstrates the rising success of Brazilian digital banks, such as Nubank and Interbank.

For news about the most interesting fintech companies around the world, check out the Born2Invest app that offers professionally curated business news summaries Prepared by an in-house team of journalists, Born2Invest covers a wide spectrum of topics, such as investing, economies and global markets, trending business news, as well as industry updates on tech, real estate, media, and personal finance.

The Brazilian Fintech company, Neon is led by Banco Votorantim and supported by the fund General Atlantic, known for financial services such as digital accounts and credit cards. The company announced that it has received a new round of investment of $95 million (BRL 400 million). With these new resources, the company intends to accelerate its growth. The company’s goal is to triple the number of startup customers by 2020. Neon has almost 2 million active accounts for today.

Co-founder Pedro Conrade said that most of the capital will be used to hiring people, mainly in the technology area. Neon has already hired at a fast pace: it will end the year with about 600 employees, three times the number it had in early 2019. In addition, more vacancies should be opened for the coming year, with an eye on the expansion of the company’s product portfolio founded in 2016.

For Conrade, the acquisition of almost 2 million customers shows that the startup has reached a certain degree of maturity. The executive said that their product is round and ready to be expanded. Among the new products, credit and investment services are included. The company has plants to be a complete account that meets all the needs of customers.

New acquisitions are also in Neon’s sights – recently, the company bought the startup MEI Fácil, to strengthen its services aimed at micro-entrepreneurs. The company, however, is still prospecting for possible names in the market.

In the entrepreneur’s view, this strategy and the contribution of $95 million (R$ 400 million) accredit the company to compete for space in the market of digital banks in the country. Currently, the sector is highly competitive, led by Nubank and Inter-Bank, but also with names such as C6 Bank, BS2 and Next, from Bradesco. Rafael Ribeiro, executive director of the Brazilian Association of Startups said that Neon was one of the pioneers in Brazilian digital banks and the contribution comes to place them among the big ones in the market. The challenge now will be for the company to connect with Brazil as a whole, outside the major axes of entrepreneurship.

A portion of the resources will be allocated to investments in marketing, especially in off-line campaigns. Conrade said that Neon is well known in the digital world, but the company wants to gain foothold in the offline world too.

This is the second round of investment raised by fintech. In 2018, Neon received a contribution of $17 million (R$ 72 million), with the participation of funds Monashees, Omidyar Network, Propel, Quona and Mabi. Although Neon’s revenue has grown nine times in the last year, the cash flow of the startup is not yet positive. Conrade said that the company does not want to wait for the pace of cash flow and believes that the investment is now is the best way to continue sustaining the company’s growth.

With the new investment, Neon hopes to put some of its past troubles to bed. In May 2018, the Central Bank decreed the extrajudicial liquidation of Banco Neon, fintech’s banking partner, legally known as Neon Pagamentos. Conrade’s startup was lending its name to the financial institution in question, previously called Banco Potential. At the time, the Central Bank stated that the liquidation occurred because of irregularities such as equity deficiency and non-compliance with the rules of money laundering.

Besides the image crisis, once its brand was directly involved in the disaster , Neon still had to race against time to find a new banking partner, who could regularize the provision of its services. At that time, the 600,000 startup customers were not able to access their accounts or perform basic functions. The situation was only resolved when Banco Votorantim assumed the role of partner – a link that intensifies in this round of contributions.

SEE ALSO  5 things you need to know in the entertainment business: Sony and Hard Rock partner for “Rock Star Suite” and more

A year and a half later, Conrade believes that the brand was able to strengthen itself again and regain the confidence of the market. “Currently, every day, around 25,000 accounts are opened in Neon,” he says. In Ribeiro’s view, from ABStartups, “it is not every company that can overcome an episode like this, but Neon have mastered this process. Fintech is already on another level.”

(Featured image by kaboompics via Pixabay)

First published in link, a third-party contributor translated and adapted the article from the original. In case of discrepancy, the original will prevail.