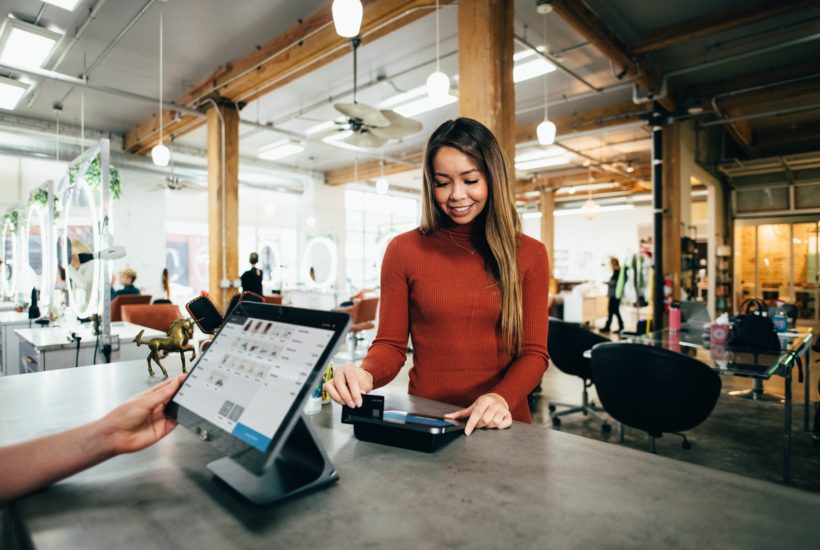 The boom in fintech and digital payment continues unabated. As far as the spread of new forms of payment is concerned, emerging countries are leading the way – be it payments based on biometric features or facial recognition.

Developed countries are also moving towards digital payments. However, other factors are decisive than in emerging markets. B2B-oriented companies that provide technology for payment service providers will be the next major growth segment in this market.

The fintech market continues to grow at a rapid pace. This development makes sense because payment service providers typically know their customers well. This also makes them suitable as lenders – banks, on the other hand, often see a loan applicant for the first time. “fintech is gradually absorbing many of banks’ high-margin businesses, including cross-border payments, lending and securities accounts,” says Jeroen van Oerle, co-portfolio manager of the Robeco Global Fintech Equities Fund.

This dynamic growth is based on different drivers in different regions of the world. “In developed countries, fintech benefits from the transition from cash to card payments and then to digital forms of payment,” says co-fund manager Patrick Lemmens.

By contrast, the driving factor in emerging markets is underlying economic growth, which is pushing more and more people from the lower to middle-income brackets. In the wake of the trend towards financial inclusion, new forms of payment have developed in Asia from the outset. The infrastructure associated with cash payments, such as ATMs, is becoming increasingly scarce there.

SEE ALSO  Does wheat production have a bounce in it?

“In countries like China, it is almost impossible to pay cash,” says Lemmens. Mobile phone payments are so common there that “the worst thing that can happen in China is the telephone malfunction”.

The wave of mergers and acquisitions in the fintech sector

The current wave of corporate takeovers in developed and emerging countries alike is driven by the need for higher payment volumes and the expansion of IT capacities. “Mergers and acquisitions give companies economies of scale,” explains van Oerle. At the beginning of the year, the US payment service provider FIS bought its competitor Worldplay, and Fiserv also acquired First Data, another major player in the market. Global Payments purchased Total System Services. Van Oerle believes that this wave of mergers and acquisitions will continue and reach Europe next. Until recently, the markets were highly fragmented. But now there will be consolidation at the European level.

In the emerging markets, conglomerates have already emerged in the field of digital payments. A few large providers dominate the offers.

“Smaller companies find it difficult to compete with government payment systems like UPI,” explains van Oerle. UPI (Unified Payments Interface) was an instant payment system that is also available as a smartphone application. It was developed in India to facilitate bank transactions.

In addition, leading Chinese providers are acquiring stakes in other Asian payment service providers to serve both Chinese and non-Chinese customers.

A new growth opportunity in the fintech sector will be B2B providers or facilitators. This includes all companies that provide the appropriate systems or infrastructure in the area of digital payment. Whether software, payment terminals or cybersecurity services. Because the Finech market is growing so rapidly and depends on these vendors for its basic applications, economic environment doesn’t affect such B2B companies, Van Oerle believes.

Such enabling technology companies supply banks, insurance companies and asset managers as well as the new fintech companies that are entering the market. This development is the driving force behind the mergers and acquisitions between enablers and large financial institutions. For example, the Japanese financial services provider and asset manager SBI Holdings has a stake in Ripple, a global provider of cross-border payments.

The enabling technology in the fintech market is still at an early stage. The development of digital payments will follow. While digital payment service providers still offer significant growth and investment opportunities over the next 5-10 years, we will focus in the next few years on identifying winners among B2B providers who will then open up new and additional investment opportunities” says Lemmens.

(Featured Image by Square via Unsplash)

First published in e-fundresearch, a third-party contributor translated and adapted the article from the original. In case of discrepancy, the original will prevail.