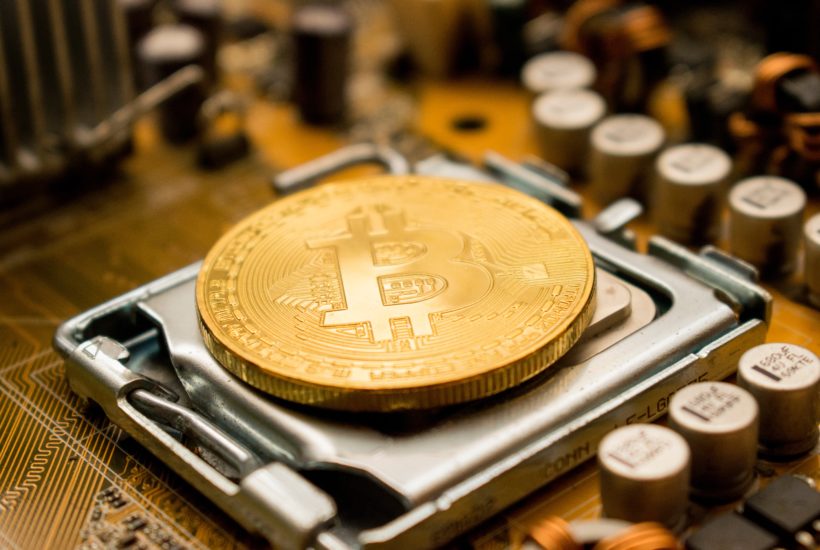 Bitcoin has suffered a tough month but appears to have begun to even out at around $7,500. Is the bellwether of cryptocurrency beginning to stabilize and see more gains or will Bitcoin continue to fall in the face of uncertainty?

Born2Invest is the aggregator app that collects all news about cryptocurrency and blockchain, fintech and the digital economy, business and financial news. The application takes the important and relevant information from popular sources.

Despite the depreciation, private trader Alexander Boyarintsev recommended not to sell the cryptocurrency in the long run. The expert thinks that the Bitcoin price will still have a chance to reach $10,000 next year on the back of positive news. There is even a chance, albeit a slim one, that the asset may renew its historical maximum of $20,000 in the future.

Vladislav Antonov, an analyst of the Alpari IAC, argued in favor of a more negative scenario. According to him, the sellers are set to lower the Bitcoin rate to $5500, and the activity of buyers remains low, which will invariably drive down the price.

“Now it’s better to watch Bitcoin from the outside until the situation is clear. If the price will be able to fix above $8,150 by December 15, then it will be possible to discuss the further fate of the cryptocurrency. The market is bearish and there are no signals to invest in it now,” Antonov stressed.

The trustee of the iTLEADERS information project, venture investor Egor Klopenko agreed with him. He claimed that there are no prerequisites for the growth of Bitcoin’s exchange rate at the moment. At the end of the year, it is possible to expect fixation from a part of the holders, connected with the standard for this season’s New Year’s Eve spending.

“At the same time, some unexpected upsurges of the course are possible, because the cryptocurrency is a very speculative tool,” added Klopenko. The expert believes that the sphere of digital money is more suitable for fans of thrills and online casinos, rather than for investors.

“I can’t exactly advise, especially if someone wants to sell. At the moment, this is not a tool that is justified to recommend holding and even more to buy. It is up to the investor to decide whether to sell or not, depending on his own financial model of investment,” concluded Klopenko.

Ilya Grigoriev, a debt market analyst at Ivolga Capital Investment Company, added that there is a downward trend in the market now, but it may not appear until the end of the year due to speculation. At the same time, the measures of national regulators to restrict mining and turnover of cryptocurrency will have a negative impact on coin’s rate.

RKIB Vice-President Valery Petrov had the opposite opinion. According to him, the general information background and a number of significant events expected in 2020 indicate a positive outlook for Bitcoin.

“However, a slight rebound to the level of $8,000 is quite probable until the end of this year. The traditional pre-holiday growth of demand can also play a role here, as well as, a positive news agenda. In particular, the recent reports from the EU said that German banks will be allowed to carry out cryptocurrency operations,” Petrov said.

Most experts believe that Bitcoin will continue to become cheaper in the near future, and it makes no sense to buy it at the moment. However, it should be remembered that the cryptographic market is extremely unpredictable. Therefore, the situation may begin to develop according to the least likely scenario.__