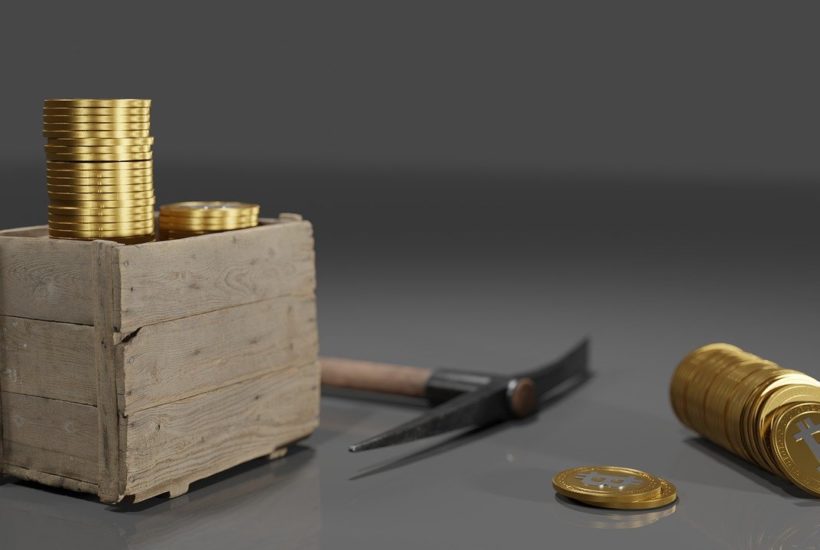 The trash talk against Bitcoin from 2017 is back. The spokesman is a Bank of America analyst who is rehashing some long-standing criticisms of BTC.

Bank of America analyst Francisco Blanch has decried Bitcoin (BTC) as “extraordinarily volatile,” “impractical,” and an environmentally harmful asset that is useless as a store of wealth or inflation hedge. Blanch also claims that cryptocurrency is an impractical payment method because it can only handle 1,400 transactions per hour. A joke compared to the 236 million transactions processed by Visa.

Bitcoin has nothing to do with diversification, stable returns and inflation protection

The report, which reflects the tough stance traditional financial institutions have taken against cryptocurrencies in recent years, stands in stark contrast to other major banks like Goldman Sachs and JPMorgan, which have moved from trash talk toward Bitcoin to flattery and have now accepted BTC as an asset.

Indeed, Blanch disagrees with the notion that the fixed supply of 21 million Bitcoins will inevitably drive the price up over time. He argues that the price of BTC is driven by supply and demand, and that fluctuating demand is the only thing driving the price because supply is – well – fixed. Blanch also dismissed the idea that Bitcoin is a safe haven.

“Bitcoin is also correlated with risk assets, it is not tied to inflation, and it remains exceptionally volatile, making it impractical as an asset store or payment mechanism. Therefore, the main argument for holding Bitcoin is not diversification, stable returns, or inflation protection, but sheer price appreciation, which depends on demand for Bitcoin exceeding supply.”

After statements like these, one does wonder what else, according to Blanch’s opinion, should lead to an increase in an asset if not demand exceeding supply. That Bitcoin also has the best performance over 10 years doesn’t seem to matter either.

The environmental impact of Bitcoin mining is out of date

A very different, but readily brought forth criticism, is the perception of Bitcoin’s negative impact on the environment. According to Blanch, it could pose a threat to increasing corporate and institutional adoption, as it conflicts with the “triple bottom line” accounting that climate-conscious shareholders are increasingly focusing on.

The Bank of America analyst noted that Bitcoin has a higher carbon footprint than any other human activity in terms of dollar-to-dollar inflows. The report estimates that energy consumption generated by the Bitcoin network has increased by more than 200% in the last two years and is now comparable to the Netherlands, Greece and the Czech Republic.

SEE ALSO  Pfizer Receives €5.3M from the Distribution of 120,000 Pneumococcal Vaccines in Catalonia

This claim ignores the seasonal migration of miners to Sichuan to take advantage of cheap hydropower during the rainy season. Coinshares estimates that miners in Sichuan province are responsible for 50%-66% of the global hashrate. This trend is also supported by the 3rd Global Cryptoasset Benchmarking Study published by the University of Cambridge. According to the study, up to 39% of all proof-of-work mining worldwide is already done with renewable energy sources, mostly hydropower. Other estimates put the figure for this much higher.

Buying Bitcoin is as polluting as driving a fleet of cars

Regardless, the analyst notes in his report that rising prices increase the difficulty of mining, which inevitably contributes to the carbon footprint of bitcoin mining.

The report calculates that a $1 billion investment in Bitcoin generates the same carbon emissions as 1.2 million gasoline-powered cars over the course of a year. That means Tesla’s $1.5 billion investment is equivalent to putting 1.8 million gasoline-powered cars on the road each year, undermining the electric carmaker’s environmental credibility.

However, not only Tesla but also retailers got their money’s worth. Namely, the analyst said:

While we all care, or at least we should, that there is no room in the future for doing business at the expense of the environment, Mr. Blanch ignores the already massive movement of the Bitcoin mining sector toward renewable and thus environmentally friendly energy. Regardless, this issue keeps boiling up against Bitcoin, but why?

If you care about environment, then Bitcoin is the wrong topic

Especially with the “environmentally conscious” German, this kind of criticism may fall on open ears. Thus, it is not uncommon to hear in discussions “…but what about the high environmental impact of Bitcoin mining.” Here are some facts:

Although about 8% of Germans already eat a vegan or vegetarian diet, the average meat consumption in Germany (children included) is 60kg per citizen. 98% of the meat comes thereby from the mass animal husbandry. An industry that is indisputably the biggest CO-2 driver worldwide. It is therefore more damaging to the environment than all transport on roads, at sea and in the air put together.

The 4.5 million metric tons of soy meal fed to factory farms in Germany each year alone account for about 2.5 million metric tons of CO-2 emissions per year, and these figures refer only to Germany alone, an admittedly quite small spot on the world map with a relatively manageable population. So the next time you ponder the environmental impact of Bitcoin, you can let these figures melt in your mouth instead of a juicy steak for a change.

(Featured image by QuinceCreative via Pixabay)