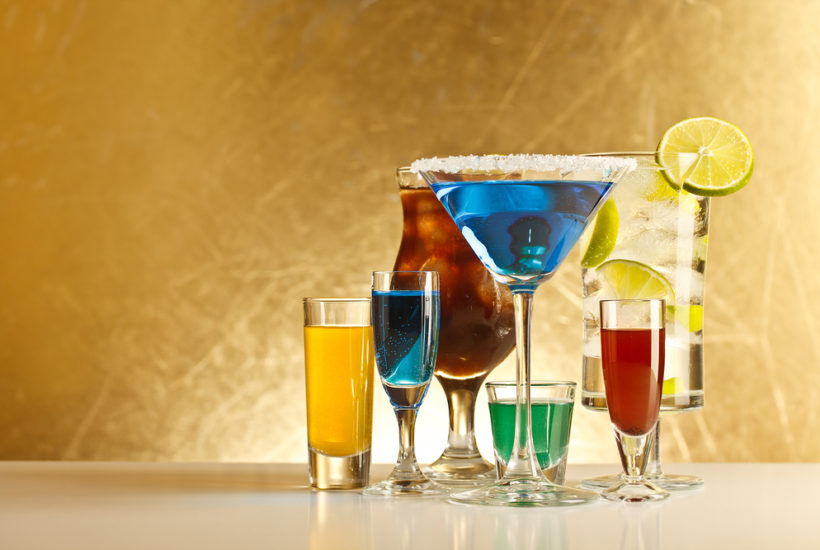 The beverage sector of the legal marijuana market has been dominating headlines. And quite rightly too, as it is quickly becoming the next growth opportunity for investors. From cannabidiol (CBD)-infused beer, bottled water, coffee, juices, and cocktails, the major players in the cannabis industry are announcing innovative products almost every day. This is on top of news about big mergers and acquisitions.

The beauty of the CBD beverage segment is that it transcends other multi-billion market categories that would otherwise be entirely separate from the legal marijuana sector. There is no better example of this than how cannabis is disrupting  the traditional food and beverage industry.

Cannabis beverage in Canada and the U.S.

The CBD beverage market in Canada alone is estimated to be worth $3 billion, according to Mark Hunter, president, and CEO of Molson Coors.

“I think, if you take an average, then it suggests that this market may be somewhere between $7 billion and $10 billion in market value, with beverages somewhere between 20% and 30%. And that’s obviously non-alcoholic cannabis-infused beverages,” he said in an interview.

Perhaps this is why Molson Coors has set up a joint venture with HEXO (NYSE:HEXO), a Canadian marijuana grower, in late summer of 2018. Molson Coors is one of the biggest brewing companies in North America. The joint venture (JV) is now called Truss.

The U.S. cannabis beverage market, meanwhile, is projected to be worth $1.4 billion by 2024. In comparison, 2018 sales were only around $89 million, according to Zenith Global, a food and drink consulting firm.

As a sign of how rapid the segment growth in America is, analysts from Canaccord Genuity had only pegged the CBD drink market to be worth $600 million by 2020 when they gave their projection in 2018. Zenith Global published its estimate early this year.

Canaccord, in their research note last year, had also divided the cannabis beverage market into CBD-infused and tetrahydrocannabinol (THC)-infused. The firm said CBD drinks will become a $260 million market by 2022, while THC-infused drinks will be worth $340 million in the same year.

Interestingly, Cowen analysts had separately said the cannabis beverage industry could soon eclipse the soda industry, which has been suffering a decline as more people turn to healthier brands.

Analysts with Piper Jaffray believe that major soda companies, such as Coca-Cola and PepsiCo, should start making the move into the legal marijuana sector. The two big names, however, remain reluctant to make their move and risk being left behind.

While big names in the soda industry are uncertain about the promise of the cannabis beverage market, many players have already entered the sector.

In December 2018, Anheuser-Busch InBev (NYSE:BUD), the world’s largest brewer, and Tilray (NASDAQ:TLRY), one of Canada’s major marijuana producer, had set up a joint venture (JV) through respective investments of up to $50 million each. AB InBev’s Labatt Breweries of Canada, which makes Labatt Blue and Budweiser, will work with Tilray’s subsidiary, High Park Co, under the agreement.

The JV is intended to research drinks laced with CBD and their viability in the Canadian market. After research, the JV will then move into the commercialization of such products. The two companies hope that the products will be ready in time when Canada legalizes its edibles market in October this year.

In August of last year, Constellation Brands (NYSE:STZ), the producer of Corona and Modelo beer brands, made a $4 billion equity investment in Canopy Growth (NYSE:CGC), also a Canadian cannabis company. The investment gave Constellation a 37 percent ownership in the company which grows and sells cannabis. It was the third time that Constellation had invested in Canopy. That time, however, the two powerhouses have plans to  develop cannabis beverage products.

Constellation Brands’ decision to increase its investment in Canopy looks to be all worth it as the latter announced this April its plans to buy U.S. cannabis firm Acreage Holdings (OTC:ACRGF). Canopy gave Acreage $300 million as the initial payment for the deal worth $3.4 billion. The whole amount will be completed as soon as cannabis is legalized in the U.S. at the federal level.

The JV will develop products such as CBD-infused iced-teas, ciders, beers, and sparkling waters, according to Keith Dolo, Sproutly’s chief executive officer.  The arrangement is similar to the structure adopted by Molson Coors Canada and HEXO Corp, Dolo explained.

Vancouver-based Sproutly has prepared for Canada’s legalization of edibles which is expected in October this year. The company already has a stable product lineup of its Infuz2O, a water-soluble cannabis solution.

Infuz2O can only be processed using the technology called Aqueous Phytorecovery Process (APP). The method can extract water-soluble phytochemicals from the marijuana plant to separate it from the oils that cannot be dissolved by water. The technology represents the first example of truly natural water-soluble cannabis.  The APP technique also ensures that Sproutly products are free from harmful chemicals found in emulsifiers that are commonly used to separate oil from water.

Most importantly, Infuz2O allows consumers to anticipate the exact time when the CBD compound in the beverage takes effect, and the expected time the effects are to wear off. To be specific, consumers can feel the CBD effect within five minutes after ingesting the beverage. The effect will wear off after around 90 minutes.

Sproutly has secured its exclusive rights for the APP technology in Canada, Jamaica, the European Union (including the United Kingdom), Israel, and Australia. Sproutly now sits on a combined potential market of 812.5 million people.

Cannabis edibles, which include cannabis-infused food and beverages, is estimated to grow into a market worth $4.1 billion by 2022 in Canada and the U.S. The global legal marijuana market as a whole is expected to reach $146.4 billion by end of 2025.