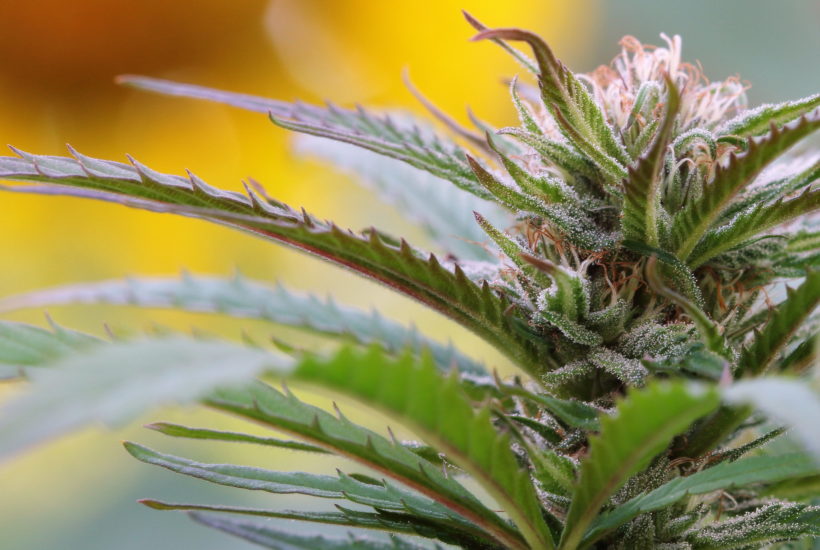 The cannabis ETF business is booming. Due to the loosening of the law, cannabis companies can boost their business, which also affects trading in the funds that track these companies. However, one expert is now warning of risks for retail investors.

Demand for cannabis stocks is on the rise. Not only are individual stocks from industry giants like Canopy Growth and Aphria in demand, but the business around funds that track cannabis manufacturers and producers is more popular than ever, the Financial Times reported. Numerous legislative relaxations and drafts could benefit the industry – and drive the ETF market as a result.

Read more about cannabis ETFs and find the latest cannabis news with the Hemp.im mobile app.

European Court of Justice ruled: CBD is not an addictive substance

In November 2020, for example, the European Court of Justice ruled that cannabidiol should not be considered a drug. The substance, which is marketed primarily via its abbreviated form CBD and is now added to some food products in addition to liquids for e-cigarettes, is an extract from the cannabis plant that is believed to have medicinal effects.

“The provisions on the free movement of goods within the Union (Articles 34 and 36 TFEU) are applicable […] because the CBD at issue in the main proceedings cannot be regarded as an ‘addictive substance,'” the European Union’s top judicial body wrote in this regard.

“In order to reach that conclusion, the Court first points out that persons who market narcotic drugs cannot rely on the application of the freedoms of movement, since such marketing is prohibited in all the Member States, with the exception of strictly supervised trade intended for use for medical and scientific purposes.” Previously, a French court sentenced two entrepreneurs to prison and fines for selling CBD liquids for e-cigarettes in France that were imported from the Czech Republic.

Just a month later, the U.S. Commission on Narcotic Drugs removed medical cannabis from a list of dangerous drugs after the World Health Organization recommended a reassessment, the Financial Times added. Then, in March, New York state announced it would allow cannabis for recreational use in addition to medical use. Thus, adult New Yorkers are to be allowed to possess up to 85 grams of cannabis, as reported by DIE ZEIT.

With the US Secure and Fair Enforcement Banking Act passed in April, cannabis companies in the US can now hope for further support. The bill aims to make it easier for banks to provide financial support to legal cannabis businesses in the US. If the law becomes law, the industry could be significantly expanded. It’s not a question of if relaxations will be implemented, but when, believes Dylan Kennett of London-based law firm DLA Piper. “Ultimately, the real question is whether federal legalization will happen in the U.S. under this administration,” the Financial Times quoted the firm’s senior partner as saying.

Cannabis ETF problems: too much capital on too few companies

The consequences of the loosening of the law appear to be becoming apparent in the capital markets: Senior fund analyst Kenneth Lamont of Morningstar is seeing an increase in demand for funds that track cannabis companies. “People are basically using these products to bet on the government’s regulatory decisions,” the newspaper quoted the expert as saying.

One problematic development, however, could be that more and more money is being put into the ETFs, but the capital is spread across too few companies. “The liquidity that the ETF structure promises means that investments can be pulled out on a whim,” Lamont said. “If one of these ETFs suffers large outflows, it could have trouble finding buyers for large holdings of small companies.” To counter that concentration, the HANetf Medical Cannabis and Wellness ETF, for example, recently increased the number of companies it includes from 19 to 34. The fund has only been trading since January 2020, and at launch included as few as 16 stocks, according to the Financial Times.

The Rize Medical Cannabis and Life Sciences Ucits ETF also began trading in February 2020. In addition to the London Stock Exchange, Rize ETF’s cannabis fund can be purchased in XETRA trading and on the Swiss SIX. “It wasn’t the easiest product to construct,”

one of the company’s four co-founders, tells the Financial Times. For example, in some countries, people are only allowed to invest in cannabis companies if their business is legal in their home country. In the U.K., however, the legislation differs, the paper reports. For example, the business activities of foreign cannabis producers must also be allowed in the U.K. for British investors to invest in them. Four years before Rize’s cannabis ETF was launched, Bhushan and his team were already working on preparing the fund. For example, the co-founder said he was convinced early on of the potential returns the industry could achieve by opening up the companies to investors.

Expert advises against entry – for now

Still, the risks associated with ETF trading should not be underestimated, he said. For example, HANetf removed all shares of Namaste Technologies after it was revealed that the cannabis e-commerce company has a 49 percent investment in a company that makes cannabis-infused candy bars and drink mixes. Since these business practices are against the law in some countries, trading the ETF would have been illegal there as well.

Because of the regulatory and liquidity risks, Lamont does not recommend retail investors get into cannabis ETFs at this time – even though they are certainly considered a target audience for the investment products. “The potential market is clearly enormous globally,” he summarized. “But from a retail investor perspective, it’s important to emphasize that it’s a risky investment.”

(Featured image by Mike Tidd CC BY 2.0 via Flickr)