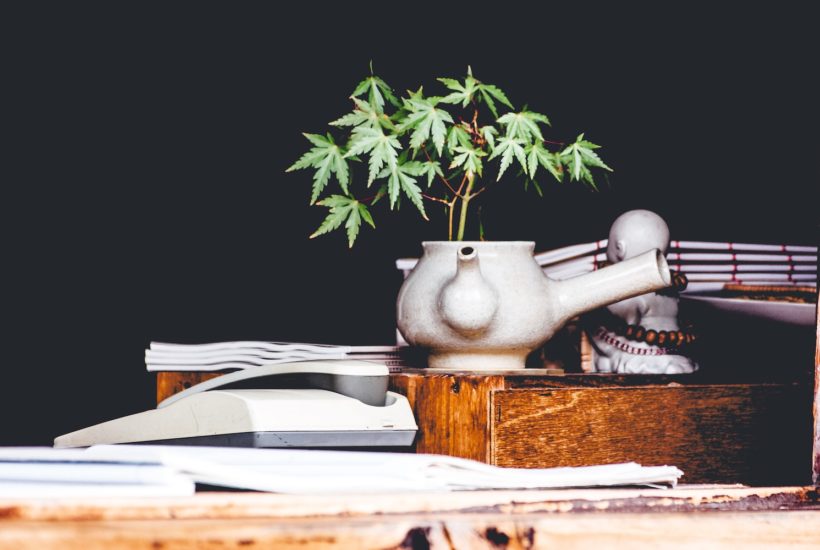 Cannabis analysts draw parallels between the current situation on the European cannabis market and the state of affairs in Canada a few years back. With major players in place, capital to back their efforts, and soaring demand, Europe’s cannabis industry is rigged to explode in the near future.

The only missing component is a clear legal landscape. Without unified rules on the legality of cannabis, entrepreneurs need to tread carefully. With a newly appointed drug commissioner, Germany might finally spark the green revolution in Europe and companies like World High Life PLC (NEX:LIFE) are preparing to take advantage of a unique opportunity.

Medical cannabis to be key in Europe

With a population of over 80 million, Germany is Europe’s biggest economy and a leading state in the European Union. Since March 2017, the medicinal use of cannabis has been legalized for certain conditions on a federal level. Up until now, Germany hesitated to take cannabis’ legality any further, as Marlene Mortler, the previous drug commissioner appointed by the German government, was adamant to withhold any efforts of liberalization.

The tide turned when Mortler has been replaced with Daniela Ludwig this year. The new commissioner recently expressed a desire to soften Germany’s stance on cannabis, potentially freeing it for personal use, while keeping controlled production and distribution. That news came as a relief for cannabis companies in cue, as due to its inactivity, Germany fell behind other European states on the road to becoming the core of legal marijuana commerce on the continent.

With new, positive sentiments, Germany could soon begin expanding its cannabis market, which is estimated to grow to roughly $8.6 billion by 2028. The European market as a whole is predicted to surpass $65 billion at the same time. That is, only if the lawmakers do something to unify the legal landscape in Europe.

Even if cannabis is not legal in the light of German law, possession of small amounts is not penalized. Since Germany is a federal state, each state has a different take on what is a “small amount”. Berlin is the most liberal corner of Germany, where a person can carry up to 15 grams – the same volume that could easily win you a trip to the court if you were in the southern land of Bavaria.

That problem has been now recognized by the government, which finally sided with the liberal and green opposition parties to change the marijuana laws. With roughly 4 million Germans using cannabis regularly, and a 60% increase in male users between 2008 and 2015, Germany is a lucrative market to invest in.

Among more notable Canadian pot businesses, Aurora Cannabis (NYSE:ACB) managed to recently win a tender to produce and distribute cannabis in Germany, giving them a solid foothold to expand to other parts of Europe. The company has also acquired a Portuguese pot producer Gaia Farm – a strategic move, as during the last two years, Portugal has overtaken Germany in the European cannabis race and emerges as a legal hub for the European cannabis trade.

Tilray Inc. (NASDAQ:TLRY) has also picked Portugal as their European outpost and invested $22 million in a research and cultivation campus there. South European states of Greece and North Macedonia are also inclined to become pot pioneers on the continent. They might be facing a grim future though, as soon they could fall prey to emerging markets of Germany, France, or the United Kingdom – the biggest economies of the European Union.

With all the major stocks around, it is considerably difficult to jumpstart a new cannabis business in North America and reign successfully. This is not yet the case of Europe and a few smart cannabis companies already take advantage of that narrow window of opportunity.

World High Life PLC (NEX:LIFE ) was born out of Canada’s prosperous pot stocks – the highly praised Supreme Cannabis (TSX:FIRE) and 1933 Industries (CSE:TGIF). The company has identified the opportunities on the European market and timed its debut to start with the biggest momentum possible.

The company’s strategy revolves around building a diversified portfolio of promising European cannabis stocks that would encompass whole verticals of a plant’s life. This approach renders the investment stable and relatively safe, as any crisis that might affect a particular subset of the industry won’t make a dramatic change to the outcome of the whole endeavor.

World High Life not only makes it possible to invest in the promising European cannabis market with a single stock, but also mitigates the associated risk, and adds value by fueling the expansion of different stocks in its portfolio.

So far, World High Life has set a foothold in the United Kingdom by acquiring UK’s top CBD company – Love Hemp Ltd. With a broad product portfolio and features in more than 1,200 high street stores, World High Life started to build a strong brand in Great Britain, while getting ready for the upcoming expansion onto the mainland, planned for 2020.

The European market is looked upon by investors as the new scene for cannabis investments. Within a few years, fortunes will be made, as Europeans will finally get the product they demand. That presents a significant opportunity to companies like World High Life PLC, which offer a chance to invest in a market ready to explode.
With decades of investing experience, World High Life reaches out to investors who might have missed their chance on the Canadian and American markets. As Europe is estimated to become the biggest market for medical cannabis in the world, there might not be another opportunity like that.