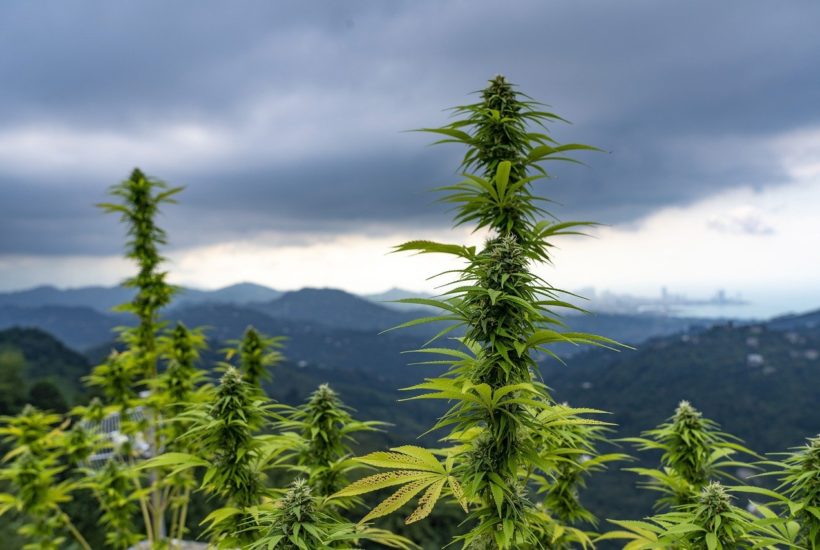 Cannabis legalization could save the Mexican economy in the face of the crisis due to the coronavirus pandemic, according to the Latin American Cannabis Alliance (Alcann).

Alcann is a non-profit association made up of Mexican civil associations that seek to promote regulation of all cannabis uses. In addition, Alcann is integrated by the Cannabis Regulatory Council, the National Cannabis Council, and other organizations such as the Association of the Cannabis Industry in Mexico (Anicann).

Faced with the loss of millions of jobs and employment due to COVID-19, the Alcann indicated that the upcoming legalization of cannabis could pull the country out of the economic crisis in which it finds itself, by generating thousands of new jobs.

“Between 100,000 and 250,000 direct and indirect jobs are perceived to be generated by the legalization of the cannabis industry in Mexico,” said Lorena Beltran, founder and executive director of Alcann.

Read more about the efforts made by Alcann for the legalization of cannabis in Mexico and find other important cannabis news, with the Hemp.im mobile app.

Three years ago, Olga Sanchez Cordero, head of the Ministry of the Interior, laid the groundwork for a long road in the legalization of cannabis, until her law initiative passed by vote and was approved in the Senate. In addition, last January 12th of this year, the law was published in the Official Journal of the Federation (DOF) on the medicinal use of cannabis. At this moment, the legislative issue is stuck in the Chamber of Deputies, due to the fact that the Supreme Court of Justice of the Nation (SCJN) granted an extension to the legislators so that they can finalize the reform until the end of the next ordinary period of sessions.

Currently, the country has regulations that allow the use, sale and distribution of medical cannabis. However, cannabis has multiple uses, both industrial and recreational (adult use), which translate into products and services that would generate millions of pesos to the country, Beltran said.

“Cannabis has many uses. We already have the rules for medicinal use, permits can already be requested for research: for cultivation for research and drug development purposes. For import and export of pharmaceutical grade and cannabis based medicine,” Beltrán commented in a telephone interview with CC News.

The Senate approved on November 19th of last year in general the ruling that expires the Federal Law for the Regulation of Cannabis, and reforms the General Health Law and the Federal Criminal Code Legal Cannabis, where the reservations of the bill were discussed.

SEE ALSO  How to invest in Google AdWords in 2017

As of today, the legislative process is in the Chamber of Deputies, which has a deadline of April 30th to discuss the federal regulation of cannabis, and if approved, the country could become the third nation to regulate all uses of cannabis at the federal level.

“We’re already a long way from being able to kick off the projects, which will go hand in hand with the law,” Beltran said. “The weight of the cannabis industry is marked in the pros, and not cons, and Mexico needs projects, and this plant is so versatile that it can reach all the niches you can imagine,” he stressed.

In addition, the Alcann details that they are already a single voice with more than 15 associations and more than 50 companies to generate alliances in the creation of the rules for the national cannabis industry, but first, they ask legislators to take into account their requests so that the “Mexican green industry” can flourish in the midst of the pandemic.

Lorena indicated that Mexico could become the third country to achieve the legalization of all cannabis uses at the federal level, after Uruguay and Canada, countries that have generated in their first years of legal cannabis more than $2 billion in sales.

“Mexico is going to get ahead mainly with the hemp industry, because we have large extensions of territory, and the need in the field is enormous. There will be a very important economic impact, and many countries want to invest in our country. For example, a single Canadian company wants to start with an investment of $150 million, and I am talking about a single company, now imagine more companies and more investment,” she said.

She added that, before opening the doors abroad, the associations and companies that make up the Alcann are asking everyone to work together around the upcoming approval of the Federal Law for the Legalization of Cannabis.

The Alcann added that they are looking for the approval of this law to take into account the rights of all Mexicans, as well as the medical and industrial potential of the plant for the benefit of the country.

Therefore, they propose the following five modifications to the legislators:

Eliminate the criminalization of simple possession and reduce fines.

Reclassify all cannabinoids that are not psychotropic, so as not to subject them to the sanitary control of these substances, clearly distinguishing between hemp and marijuana.

Facilitate the exportation of cannabis and establish an import tax that protects the interests of national producers.

Provide a fair and dignified percentage of licenses for indigenous peoples.

That hemp licenses be subject to minimum requirements and simple procedures, for the benefit of Mexico’s health and economy.

“We believe that by making these modifications, the approval of the law could help counteract the impact of the current crisis generated by the covid-19 pandemic,” he said.

The alliance is calling for a modification so that customers are not considered criminals for simple possession.

In addition, the cannabis associations are calling on citizens to sign a petition for the aforementioned modifications so that in the next vote in the Chamber of Deputies, legislators take into account human rights, as well as the medical and industrial potential of the plant.

(Featured image by DimStock via Pixabay)

First published in TIJUANOTAS, a third-party contributor translated and adapted the article from the original. In case of discrepancy, the original will prevail.