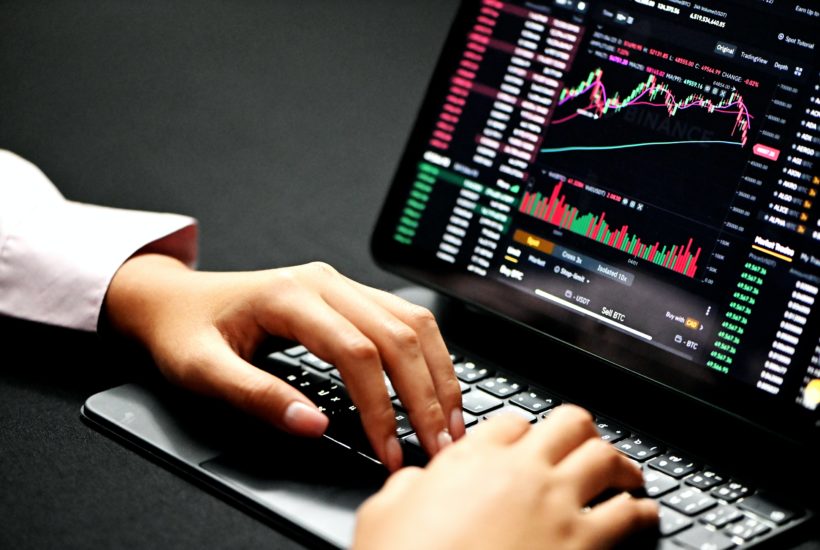 When there is Cardano news, one person usually speaks up: Charles Hoskinson. Hoskinson is one of the most present personalities in the crypto market. The founder of Cardano and co-founder of Ethereum, who has been criticized time and again, now spoke out regarding Peter Brandt’s forecast. The latter had predicted that the ADA price could crash in the foreseeable future. However, according to Hoskinson, the forecast is too inaccurate.

Only recently Hoskinson had commented on the criticism of the too-slow progress at Cardano. Hoskinson was still talking in July 2020 about thousands of applications running on the Cardano network within twelve months. However, smart contracts are not yet a reality. Hoskinson also now commented on a negative share price forecast that recently went viral. Namely, Peter Brandt compared Cardano’s current situation to Litecoin‘s performance in 2018 in a tweet.

Brandt’s prediction is due to a head-and-shoulders pattern in the chart. This is usually to be able to forecast a trend reversal. However, the crypto market, in particular, is always influenced by rumors, for example, so that a pure technical analysis without fundamental analysis should be taken with a grain of salt. At least, that’s how Hoskinson sees it.

Read more about Cardano and find the latest financial news with the Born2Invest mobile app.

Hoskinson denies a possible price crash in the near future. Brandt’s assumption is only based on technical analysis. Hoskinson considers it very daring to evaluate the market on the basis of technical analysis alone. In a few weeks, for example, smart contracts will finally become a reality for everyone via the Cardano network.

This has been one of the biggest criticisms of Cardano. While competitor Ethereum has been enabling smart contracts for years and other competitors such as Solana (SOL) have also been able to score in this environment, smart contracts have only been announced and repeatedly postponed for years with Cardano.

Currently, the Alonzo development is in its final stages. After the Alonzo hardfork, smart contracts should finally become reality. Soon, the first decentralized exchange Cardax will also go online via the Cardano network. An important step for Input Output HongKong, the company behind Cardano.

Charles Hoskinson made the following comments regarding Brandt’s forecast:

“Technical analysis worked well before there were computers and when people traded with some degree of intuition or along with fundamental analysis. In the age of quants and AI black box models and Big Data and all those things, it makes no sense at all to look at a simple candlestick chart anymore.”

Currently, ADA is trading at $1.33. That’s a gain of about 3.5 percent in the last 24 hours. Thus, Cardano’s current course is opposite to the rest of the market. Among the ten most valuable cryptocurrencies, ADA is currently the only digital currency with a gain in the last 24 hours. Over the seven-day period, the gain is around 4.8 percent.