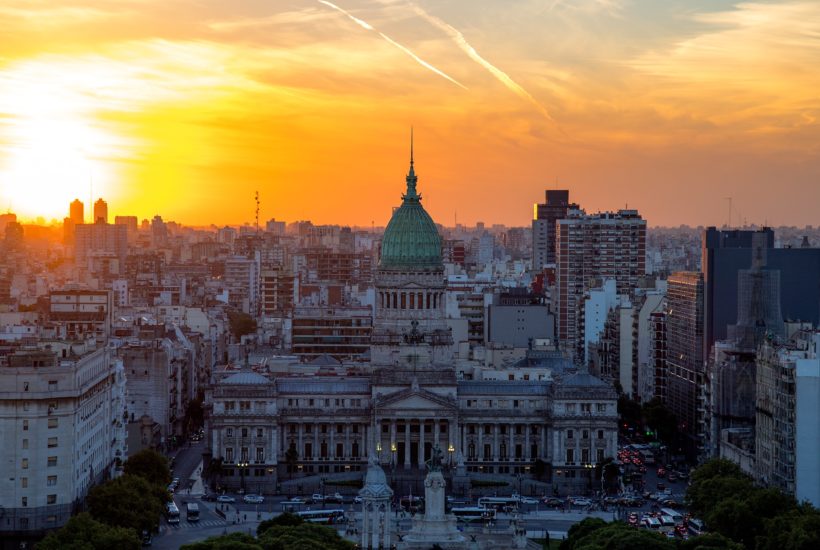 A few days ago, the referents of the main central banks of the world met in Argentina. The Bank for International Settlements (BIS) organized the meeting which took place at the headquarters of the BCRA.

The directors took advantage of the occasion to share their experience with local players. One of them is Cormac Sullivan, senior specialist of the fintech unit of the Bank of England.

Together with Rory Bowen, head of the cabinet of Fintech Alliance in London, he talked with several fintech about how was the regulation process of the sector in the United Kingdom, one of the pioneers in the matter.

They discussed advances and trends in payment, clearing and settlement systems underpinning financial markets around the world. Also, about fintech regulation, big tech, foreign exchange risks, innovation in payments and stable digital currencies (stable coins). And even the possibility for central banks to issue their own digital currency.

One of the local officials who participated in the conference was Nicolás Gadano, general manager of BCRA. He opened this conference linked to the future of transactions. Furthermore, he highlighted the trajectory of some countries, such as Germany, regarding the modernization of retail collection systems.

Argentina, along with Spain and Indonesia, joined this select group last year, in what was the first incorporation of countries since 2009.

Virtual currencies of the States

One of the highlights of the three days was the debate on digital currencies issued by the central banks themselves (known as CBDG, by Central Bank Digital Currencies). The world’s bankers increasingly analyze the subject.

Specifically, what the central banks are looking for with this initiative is to regain sovereignty. That’s because today all private and anonymous digital currencies (such as bitcoin) make them lose control. The basis they made clear for it to work is that it must be a public currency, rather than a private one. Also, they should nominate the currency.

SEE ALSO  Why 2018 could be the year of paperless business

Another aspect raised was the possibility of implementation in stages. Starting with wholesale payments and then moving on to retail transfers.

While the local central bank is still far from creating a digital currency, the idea is most advanced in Europe

Mainly in those countries where the use of cash is neglected, such as Sweden or Slovenia. The latter has key characteristics for its implementation, such as a scarce population and a strong technological advance. These issues make it more feasible that the project can be faced, unlike the large nations of Europe.

On the other hand, the representatives analyzed the pros and cons, related to the fact that these virtual currencies operate without interruptions, 24×7.

“CBDCs could be available 24 hours a day, every day of the week or only during specific periods (such as the opening hours of payment systems for large-value transactions). It would also be available on a permanent basis or for a limited duration” the report says.

These meetings also included working sessions focused on wholesale payment security and fraud prevention. In addition, they discussed regional issues. The impacts of big-tech on the financial system and the insertion of a regulatory framework for fintech were analyzed.

In another order, they served as a framework for the farewell of Benoît Coeuré to the presidency of the Committee on Payments and Market Infrastructure after two consecutive periods. A man recognized in the market and with chances of continuing to climb positions in the ECB.

“It has been an honor and pride to serve this Committee for the past six years, leaning on the shoulders of the central bank giants Wayne Angell, Bill McDonough, Wendelin Hartmann, Tommaso Padoa-Schioppa and my immediate predecessors, Tim Geithner, Bill Dudley, and Paul Tucker”, Benoît Coeuré said before returning to Basel.

“But the person whose name I would like to put at the top of the list,” he added, “is Alexandre Lamfalussy”. His November 1990 report frames the work of the (then) Committee on Payment and Settlement Systems (CPSS). It also describes it as the true foundation of our parent committee.

The fintech regulatory framework was the focus of talks by Cormac Sullivan of the Bank of England with a group of local authorities. The Argentine Chamber of Fintech organized an event at the WeWork offices for its members. Also, another more private meeting took place at the British Embassy.

In recent years, Argentina has made great strides in financial innovation. It also managed to be on the radar of the world’s major central banks. Since last year Argentina has occupied a seat on the Payments and Market Infrastructure Committee of the Bank for International Settlements. That is the central bank for central banks.

And also this year, as announced at the meeting, the BIS will create in Mexico its third Innovation Hub in the world. In addition to those already in its headquarters in Basel and Hong Kong and from where it will centralize its monitoring of all Latin America. In this business, explains Cosentino, “the cake is getting smaller and there is still a lot to grow”.

First published in iproup, a third-party contributor translated and adapted the article from the original. In case of discrepancy, the original will prevail.