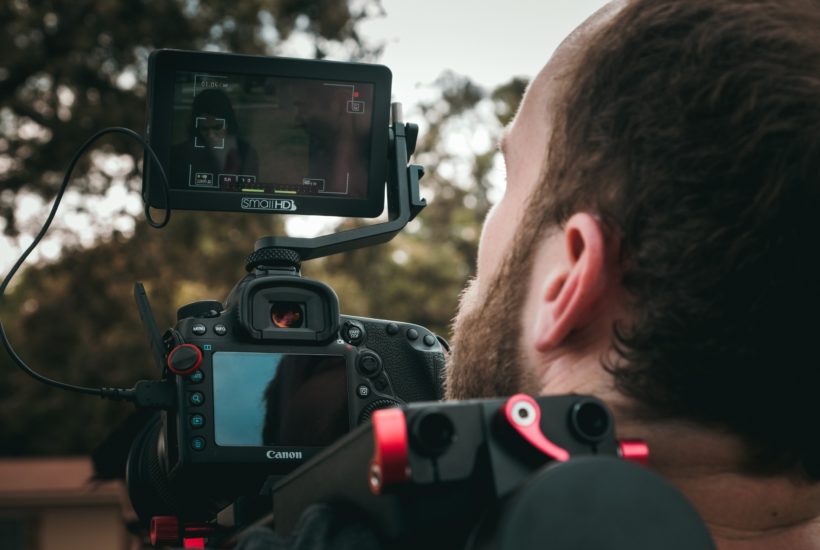 The short film team is looking for funding to cover the costs of the new phase of work, which includes editing, image and sound post-production, distribution, and broadcasting strategies.

After a successful filming process, which included recordings in several locations of the commune and summoned about 30 people, among them outstanding actors such as Daniel Candia, and the young Haitian Stevens Benjamin; the short film “From your shadow” started its post-production stage, so the team needs to incorporate new investors.

Get more information and breaking financial news from the world of crowdfunding, download our Born2Invest mobile application.

In search of funding

Currently, the production of the film is in search of new sources of funding, individuals and companies that wish to be part of the group of investors and collaborators that have allowed to give life to the project, in order to cover the costs of this new stage that includes editing, image and sound post-production, distribution, dissemination strategies, etc.

This is how Carolina Astudillo, producer of the short film, detailed it. She emphasized: “We have financed the project with a crowdfunding campaign, we gathered resources from different companies and individuals to cover the expenses of the first stage which was the shooting. Now, we are starting with the second phase, which is the final one, and it includes the editing and post-production of image and sound. For that reason, we are calling on the people of the commune and the region to be part of this process, which is quieter but very important. We need around $264,625 (MP5 million) to finance and finish the film this year. We want it to come out soon and make some noise.”

Victor Soto Castillo, director of “From your shadow”, in turn, stressed that the work done is very relevant, “because, as a province and a region, there are not many sources that show our territory, geography, and our people. This story tells the work that is being reduced due to drought, but that continues to be one of the main economic sources of the region, as well as agriculture. We also visualize the reality of immigrants and how they came to the region to become part of our culture.”

Regarding the work generated so far with the short film team, Soto details how satisfactory it has been. “We are very grateful to each of the people who have contributed and to all our professional team. We hope that the community becomes part of it, because we are sure that this will bring great results, not only for us as directors, but also for the community, since we will be able to visualize ourselves in other territories and that is very important.”

Those companies and people who want to contribute to the project as investors, can contact the production team or find the company in social networks. In addition, those who wish to contribute can also do so directly in a companies bank account or they can collaborate with the various fundraising activities that the team is carrying out on its social networks.

The history of the film

The short film is written and directed by Víctor Soto, produced by Séptimo Rastro Films and Bartolo Films in co-production with the Film School of the University of Valparaíso and with the support of Foncrea. It is also produced by Carolina Astudillo and has the work of the associated producers: Juan José Juliá, Mauricio Antonio Ortiz, Carlos Ibacache, Vincent Jofré, and Camila González.

The story is inspired by real events in the area when a group of Haitian immigrants took over a farm in the commune of Monte Patria demanding payment of their salaries. It features the role of Daniel Candia, awarded in 2014 at the Pacific Meridian Film Festival in Russia, for his role in the film “Killing a Man”; and the talent of Stevens Benjamin, a young Haitian, recognized by the immigrant communities, not only for his work in television series, video clips and the film “Bomb Dog”, but also for his story of effort and perseverance.

First published in elDia, a third-party contributor translated and adapted the article from the original. In case of discrepancy, the original will prevail.