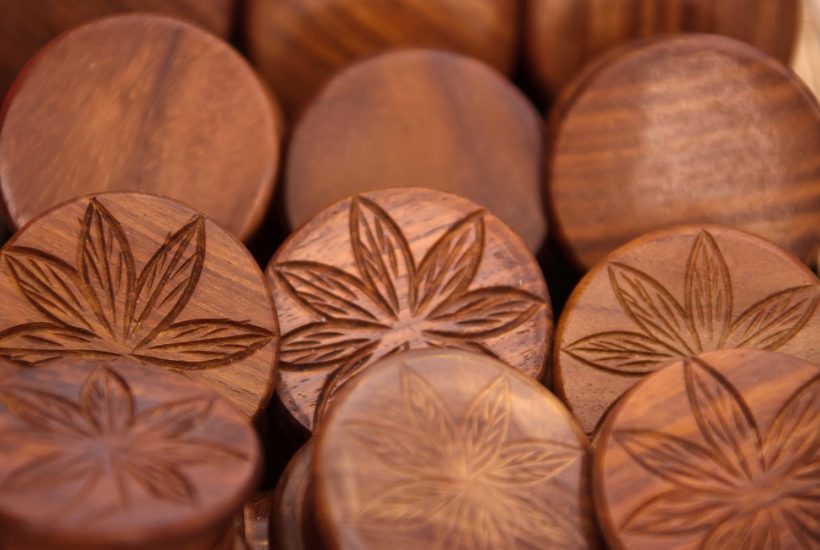 As it usually happens with these subjects, the Congress of the Republic in Colombia dedicated a wide space to debate the bill that aims to legalize the consumption of cannabis for recreational purposes. The discussion was heated; there was a true disagreement between the conservative wing, which sees with bad eyes the legalization of the consumption of this psychotropic drug, and the liberal one, which pleads for respect for the fundamental rights to equality and free development. So much so, that the bill’s first debate in the First Committee of the House could not even be completed because its members were sidetracked by a petition to shelve the bill.

In the end, the bill survived the attempt to sink it and continued to be debated, but its authors know this was just the first inconvenience. It’s only now that the challenge really begins, with the first of the eight debates the draft legislative act needs in order to become law.

On Tuesday, September 7th, the First Committee of the House set out to debate the initiative, within the framework of the face-to-face sessions of the committee. The proposal is authored by the liberal Juan Carlos Losada and, in essence, seeks to amend Article 49 of the Constitution, which states, among other things, that “the carrying and consumption of narcotic or psychotropic substances is prohibited unless prescribed by a doctor.”

In this sense, if the project is approved, this prohibition would be waived for cannabis and its derivatives for recreational use, by adults, and for scientific purposes, as long as the licenses are granted by the competent authority. “The Law may restrict and sanction the carrying and consumption of cannabis and its derivatives in public spaces and common areas,” explained Losada in his project.

Find out more about the regulatory changes regarding the use of cannabis in Colombia and read the most important cannabis news with the Hemp.im mobile app.

As expected, the comments against the project started from the first minute

In her intervention, the representative Adriana Magali Matiz, of the Conservative Party, said she considered that endorsing the consumption would bring counterproductive effects in a public health problem, as it is the addiction to drugs. “If the use of cannabis is given free rein, how can we prevent it from getting into the hands of minors and generating consequences? The same decriminalization and ease of acquisition can reduce the perception of risk of this drug for minors,” argued Matiz, reiterating that, in her view, the use of cannabis has physical, social and emotional effects on young people.

At the same time, Erwin Arias, from Cambio Radical, indicated that “what this legislative act seeks is to continue hitting the Constitution.” According to Arias, the State must guarantee the health and life of Colombians, above the principle of the development of free personality. “We cannot change Article 49 when drug consumption has high rates of addiction. Recreational cannabis would normalize consumption,” he said. For his part, Gabriel Jaime Vallejo, of the Democratic Center, doubted that the country was prepared to approve such a proposal. “Moms are asking us to regulate the traffic inside schools. But this project does not solve that problem. We would be naive to think that the legalization of recreational marijuana would solve the problem,” Vallejo added.

Despite voices against his project, there are also politicians that expressed themselves in its favor

Juanita Goebertus, of the Green Alliance, tried to resolve the dichotomy between the two sides that, despite having such different points of view, are both against addiction. “This is a vision of how we can become more effective in the problem of consumption by minors. The 2015 advisory commission said that recreational and medical cannabis should be regulated, and to ensure that the types of drugs are differentiated. All drugs cannot be put into the same bag,” Goebertus said. She defended the initiative because she sees it as indispensable for national security.

Nevertheless, Losada was pleased that Congress was at least holding this debate, which he considered so necessary for Colombian society. In his turn, the liberal argued the points and opinions of his opponents. He made a summary of the controversy surrounding the regulation of marijuana consumption. This is something Colombia has been debating since 1984, and that Losada has labeled a “contradiction in the legal system” of the country.

Indeed, as Losada illustrated, from 1986 a small dose was accepted, allowing 20 grams of cannabis. More recently, attempts have been made to “restrict the individual liberties of the people” through provisions in the Code of Police. “Then, the Supreme Court of Justice allowed, in a sentence, the right to carry the minimum dose and to stock up on that amount. Later, President Duque, with his decree 1844, tried to prohibit the carrying and consumption of the minimum dose in Colombia, something that the Constitutional Court considered unconstitutional in 2019,” he said. With that historical perspective of the matter, he called what has happened with Colombia and the regulated consumption of marijuana as a tug-of-war between a more progressive position, in the philosophical sense, and a prohibitionist one.

“It is a contradiction between a vision that guarantees human rights and one that is more authoritarian, limiting individual freedoms. This project looked to settle that debate with respect to the recreational use of marijuana. You have used the word marijuana and drugs in an ambivalent way, without taking into account their effects. The scientific evidence is that many countries have started to legalize marijuana, based on its smaller effects compared to those of alcohol. And that is irrefutable. Marijuana is no more harmful than substances that are absolutely legal; on the contrary, to keep it illegal is to put it [the money] in the pockets of the criminal networks,” Losada reproached the representatives of the First Commission.

SEE ALSO  Hey Banco Wants to be the Next Mexican 'Unicorn'

He called for the stigma of cannabis to be removed and to accept that legalizing its use guarantees that children will not be able to consume cannabis, because legalization will dismantle illegal markets. “Drug dealers live from illegality. Do you see dealers selling alcohol in schools? The legal market closes the window to drug trafficking, to the mafia,” he said. He added, responding to the concerns of some, that the World Health Organization itself calls for the removal of recreational cannabis from the list of drugs, so the whole world is already walking on that path. “I invite you to vote for this project in an exercise of open-mindedness,” he concluded.

In spite of the prognosis, the project survived. Thanks to 18 votes in favor of the project and 17 against, liberal lawmakers managed to keep it alive. According to Representative Juan Fernando Reyes Kuri, also a liberal and rapporteur of the initiative, the proposal was saved because some who were against it did not vote, since it was a fairly quick vote. However, even though the first obstacle has been passed, the project is waiting for its first debate next week.

First published in EL ESPECTADOR, a third-party contributor translated and adapted the article from the original. In case of discrepancy, the original will prevail.