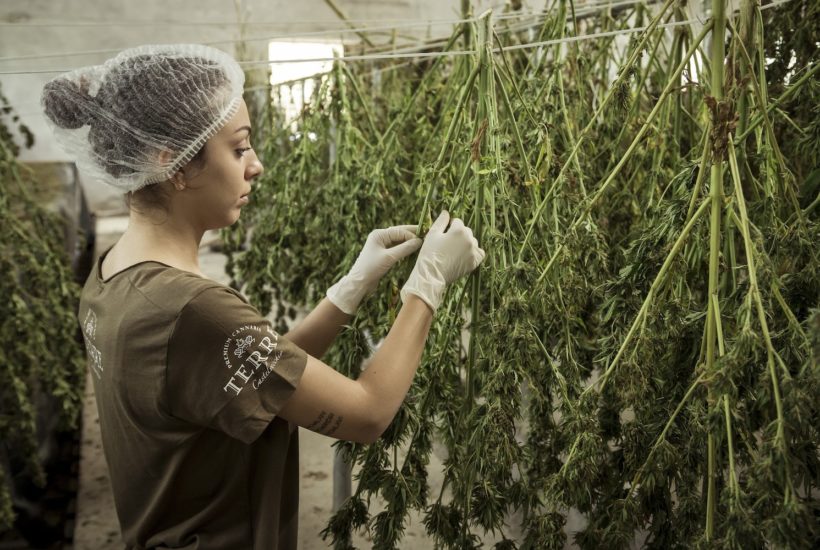 It seems that the legalization of cannabis is still not among Italian priorities. Certainly not for the opposition, the right-wing that has made prohibitionism a focus of its social media posts. However, now even Pd and M5S, who in the past were in favor of legalization, no longer consider the discussion on the subject a priority at the moment.

Senator Lello Ciampolillo, a member of the Mixed Group, denounced the rejection of the majority in his request for a timetable for the legalization of cannabis. A text which, among other things, aims to decriminalize the free sale of small quantities of cannabis, to make legal the self-production of a maximum of three plants of cannabis and to legalize cannabis social clubs.

“They practically voted no together with the right-wing parties,” he stressed. Immediately the rags flew: Michele Sodano, among the parliamentarians who in the past was in favor of legalization, attacked the former pentastellato Ciampolillo. “You can’t reach the group leader without any prior agreement and expect that any bill to be scheduled in the current month,” he replied, branding it as propaganda harmful to the very cause of legalization.

Find out how the legalization of cannabis would help the Italian economy and read the most important cannabis news with the Hemp.im mobile app.

Regardless of who is right, the only certainty is that once again there will be no talk of legalizing cannabis. That is a pity because if at a superficial reading it may seem that in times of pandemic there are other priorities to deal with, the reality is that never as today the end of prohibition could prove to be a help for the devastated Italian economy.

On the one hand, there is a state that now more than ever needs financial resources with which to support an economically collapsing population. There is the tap of the European Union, certainly, but equally certainly any other source of income with which to fill the coffers would be well accepted. Cannabis could be one of them.

A study by the University of Messina hypothesized a scenario of legal cannabis taxed in the same way as cigarettes. Assuming a cost of $11.8 (€10) per dose and multiplying by the annual consumption of the substance in Italy, the economic benefit for the state would be around $7.07 billion (€6 billion). To this should be added the reduction of the costs of repression, including police operations, prisons, and the fight against organized crime that would be significantly reduced by legalization. Estimates speak of saving around $707.6 million (€600 million) per year.

Then, there is the employment side. While the OECD speaks of 1.5 million jobs at risk in Italy, the legalization of cannabis would give rise to a supply chain that from fields to stores, passing through distribution, could involve hundreds of thousands of people. In Colorado, an American state with 5.7 million inhabitants (less than a tenth of Italy), 41,000 jobs have been created in six years since cannabis was legalized. According to estimates, in the Belpaese it could reach 350,000.

Cannabis will not lift Italy from one of the worst crises in its history, it is true, but it could give a breath of fresh air to at least a part of the country. Talking about legalization at the moment is not out of place, because the battle is not only ideological but also and above all economic and social. The problem, however, is that in a conservative country like Italy is experienced only in the first sense, with the front of the no clinging to its positions belonging to the last century.

The 2020 pandemic may seem the tragic event that has once and for all put the discussion on the end of prohibitionism in the drawer. In reality, a state with a certain vision for the future should realize that this is precisely the time to act because never before could cannabis legalization unfold its positive effects on the population. There is no more time to waste to schedule a credible discussion on the issue.

(Featured image by TerreDiCannabis via Pixabay)

First published in WIRED.IT, a third-party contributor translated and adapted the article from the original. In case of discrepancy, the original will prevail.