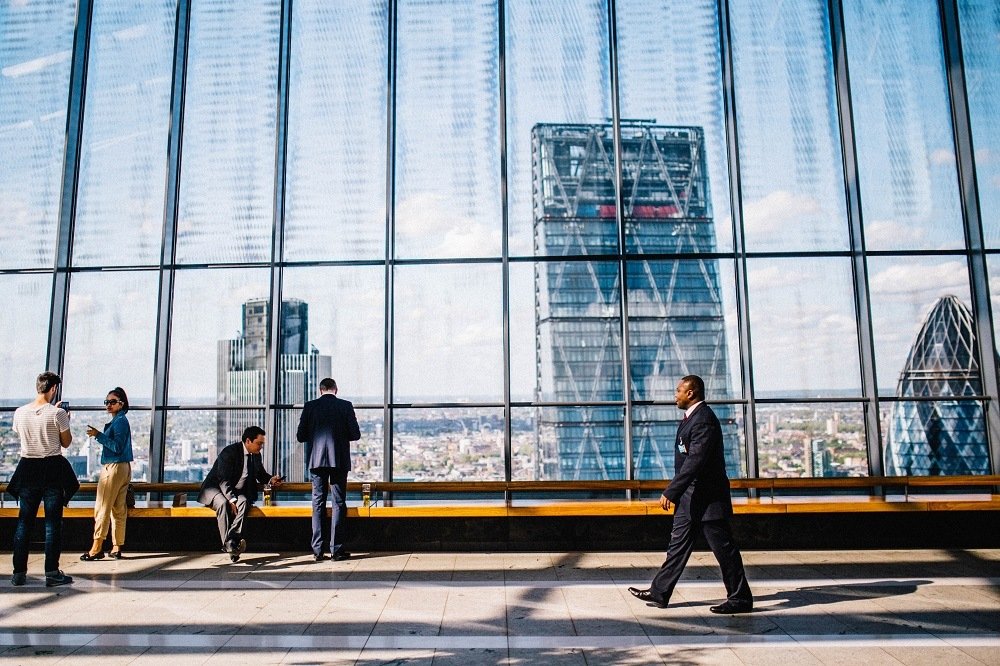 The U.S. is facing yet another recession. What will trigger it?

After many false promises and one false start, it is becoming evident that 2017 will be the year the Federal Reserve finally begins down the road towards interest rate normalization. Therefore, it is likely that Ms. Yellen will cause bond yields to rise this year on the short-end of the yield curve. In addition, soaring debt and deficits, along with the lack of central bank bond-buying, should send long-term rates much higher as well.

Wall Street soothsayers, who viewed every Fed rate cut as a buying opportunity for stocks, are now busily assuring investors that the potential dramatic and protracted move higher in bond yields will be bullish for stocks as well.

Their theory holds that the price of stocks and bonds are negatively correlated, as one moves up the other moves down. Hence, the nirvana of a safely balanced portfolio is achieved by simply owning a fairly even distribution of both. Therefore, according to Wall Street, the end of the thirty-five-year bull market in bonds will be a welcomed event for equities. This myth has a name, and it’s known as “the great rotation from bonds into stocks.”

The concept suggests that the investible market works like a balanced fund; as money moves out of bonds, it moves into stocks. And of course, you could cherry pick cycles over the past few decades that would provide support for this opinion. For instance, the biggest rise in interest rates (fall in price) was from February 1978 to November 1980. During this time the yield on the Ten-Year Treasury rose from 8.04% to 12.80%, while stock market averages enjoyed a healthy gain. 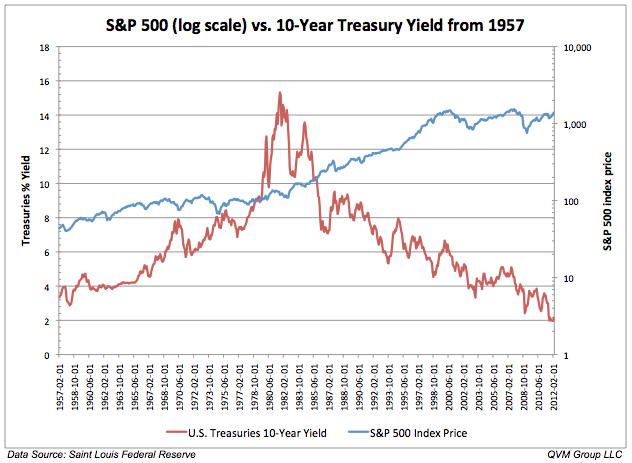 Focusing more closely on the period where the U.S. went completely off the gold standard we can easily see the flaw in the “great rotation theory.” Throughout the 1970’s bond prices plummeted as yields soared. But during that same ten-year period, for the most part, stock prices simply stagnated. In March of 1971, the S&P 500 was trading at 100, and the 10-Year yield was 5.53%. By the end of the decade, the yield on the Benchmark yield had soared to 12.64%, but the S&P 500 was still trading near 100. After losing nearly 40% of its value by 1974, the market managed to climb back to par by March 1980. Where did investors rotate their money during the 1970’s? The “great rotation theory” would suggest all that money should have flowed into stocks. But, as money gushed out of bonds it went into commodities and cash. 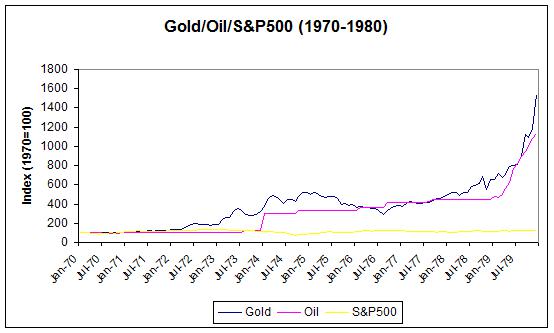 During the high inflation/low growth decade of the 1970’s, investors sought protection in gold and oil. Attesting that as money flowed out of bonds, it didn’t compulsively move into stocks.

Therefore, a better way to think about the long-term relationship between stocks and bonds is that the bull market in bond prices helped to foster the bull market in the major stock averages. Or, that on average the stock market does better in a period of falling bond yields. Yet, Wall Street chooses to make the opposite argument to allay investors’ fears as interest rates begin this huge secular move higher.

Escalating bond yields will finally break the 35-year trajectory of falling interest rates that has led to the decades-long bull market in the major stock market averages. At what yield this line officially breaks is up for debate. Bond King Bill Gross has indicated that 2.6% on the Ten-Year Treasury will end the bull market in bonds. DoubleLine Capital’s Jeff Gundlach argues that 3% is the level to watch. But both believe that 2017 will mark the end of the secular bull market in bonds; with Gundlach going out on a limb assuring it is “almost for sure” that the 10-Year is going to take out 3% this year.

This time around bond yields will initially rise for three reasons: the first because the credit quality of the government has been severely damaged as a result of the unprecedented amount of borrowing undertaken following the Great Recession, the second due to the fiscal profligacy proposed by President Trump, and third because our central bank has spring loaded interest rates by artificially holding them at record lows for the past eight years.

And that sets us up for the real surge in bond yields—yes, we haven’t seen anything yet.

Rising borrowing costs should send our debt-saturated economy into a recession, which by the way is already way overdue. That recession, coupled with the massive fiscal and monetary response to it from President Trump—think massive deficit spending and helicopter money–should engender the second phase of soaring rates that will result from spiking inflation and soaring debt levels. This unprecedented period of turmoil will once again prove that rising bond yields are seldom good for stocks, especially in real terms. And the bursting of this historic bond bubble certainly won’t be the exception.