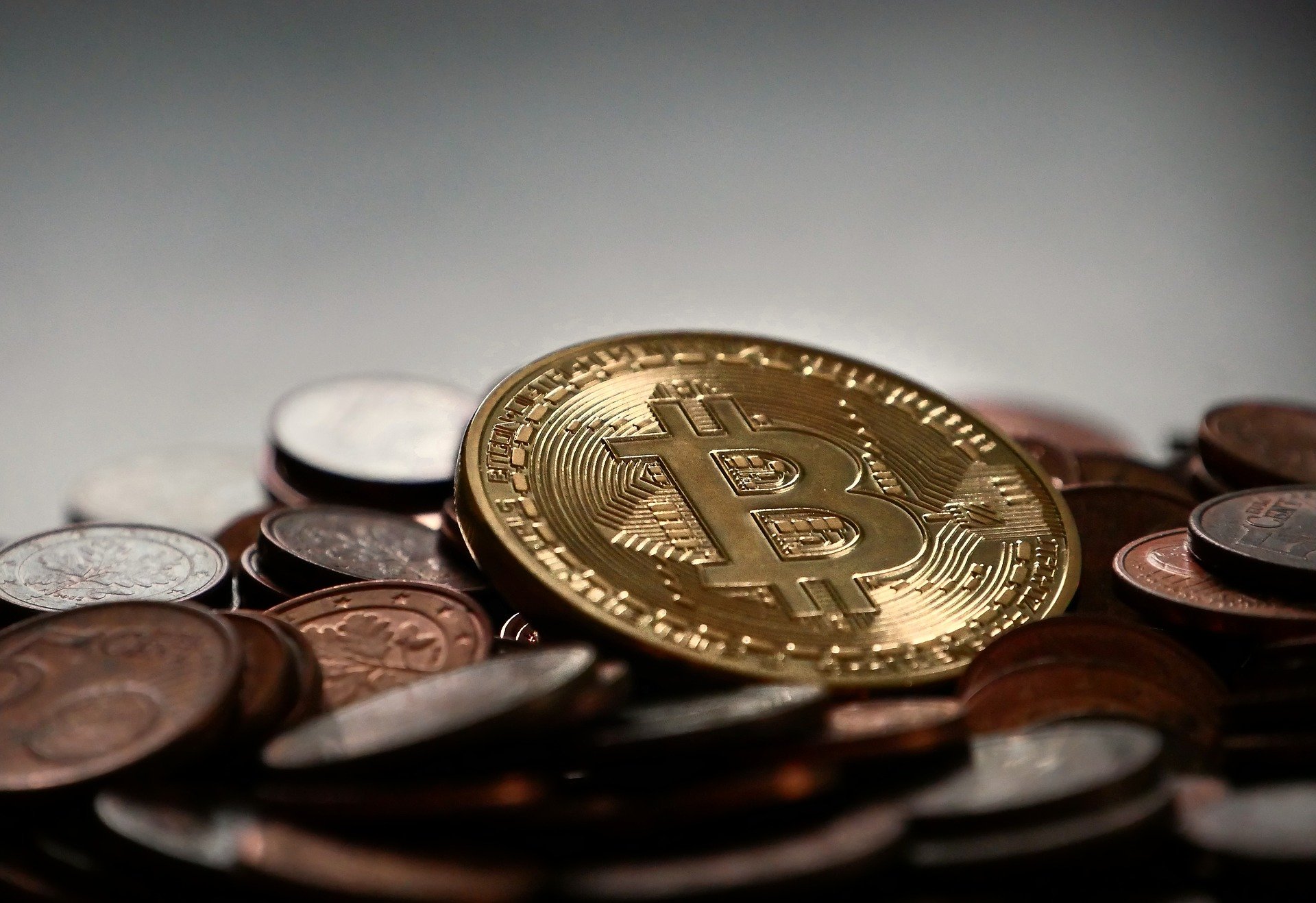 Cryptocurrencies are being billed as a new and improved form of money that has been offered to us courtesy of technological evolution. There is a big problem with this conclusion. That is, digital money is not money at all. And proving this truth serves to underscore why gold has been utilized as the best form of money for thousands of years.

In the 2013 film titled “Her,” lonely Theodore, played by Joaquin Phoenix, falls in love with Samantha, an operating system. Despite Samantha’s lack of physical presence, the two have a somewhat normal relationship that includes vacations, socializing with friends, fights and even jealousy. But just as the audience starts buying into this unconventional pairing the plug is pulled on Samantha, and she disappears into a cyberspace vortex; leaving poor and lonely Theodore heartbroken.

At the dawn of the twenty-first century, this is where we are as a society: in a place where the digital and real world collide. Social media has supplanted socializing, texts have replaced phone calls, and artificial intelligence may soon outstrip actual intelligence. Robots may soon rule the world!

In this fast-changing environment, it’s easy to believe that cyber currencies should inevitably replace fiat money; and even that “barbarous relic” gold. After all, the motivation to find as many escapes from debt-based central bank confetti is indeed alluring.

And herein lies the attraction of cryptocurrencies such as Bitcoin—it uses the revolutionary blockchain technology that is managed by the free market, not by a government. It is decentralized, anonymous, and has been hugely profitable. In fact, this year we have seen digital currency prices go higher not by percentages but by multiples. This has caused Bitcoin to achieve the “most crowded trade” status, measured by sentiment in the monthly global Bank of America Merrill Lynch Fund Managers survey; as its price has surged by 330 percent this year alone.

But, JPMorgan’s CEO Jamie Dimon isn’t beguiled. He believes the online currency is just as fleeting as the Theodore’s Samantha and will soon leave investors equally as heartbroken. He contends that bitcoin “is a fraud.” “It’s just not a real thing, and eventually it will be closed.” But it’s not just Jamie Dimon, who has a vested interest in protecting the banking system and the fiat currency that inhabits it, that is questioning Cryptos. Founder of the world’s largest hedge fund Ray Dalio believes Bitcoin is a bubble. Dalio contends that unlike gold, “it’s not an effective store-hold of wealth.”

Oaktree Capital Management’s Howard Marx agrees, stating, “…they are not real—nobody has been able to make sense to me of these currencies.” Marx explains that one of the biggest pitfalls of bitcoin and its fellow cryptos is they are mostly used to buy other “imaginary” money or used it to invest in companies that create other new currencies.

Now, some government regulators appear to agree with these sentiments, making the speculation of Bitcoin’s demise closer to reality.

In fact, the Chinese government has just become the first to put the kibosh on crypto’s—and this should sound warning bells to all those enamored with cyber “money.” On September 4th, China’s central bank banned Initial Coin Offerings (ICOs) maintaining it was an illegal public finance mechanism. ICOs are a hybrid between an initial public offering, crowd-funding and venture capital that permits start-ups to raise funds using virtual money. Regulating what a crypto-currency could be used for was the first crack in the armor for Bitcoin in China. 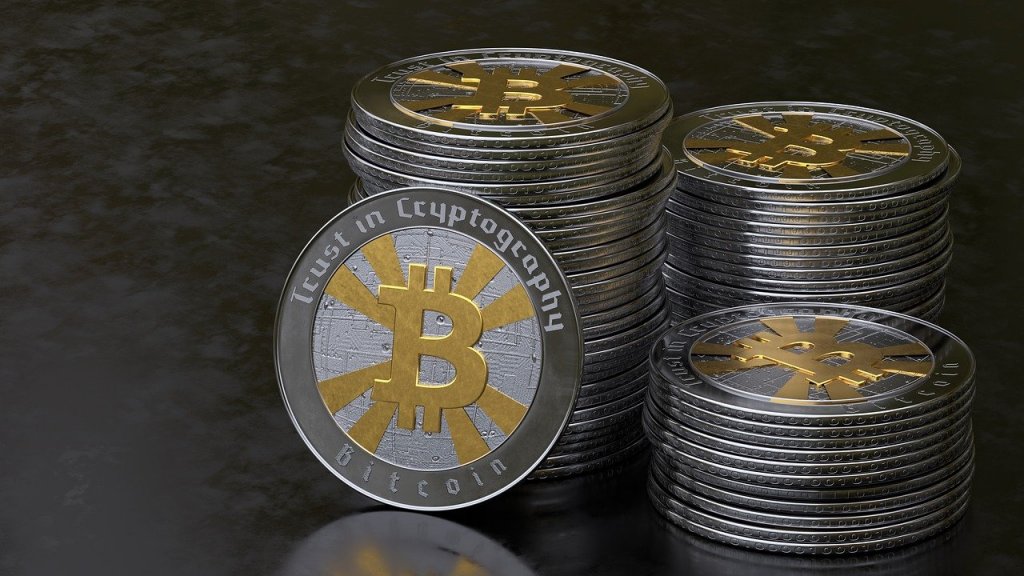 China has been the central storage location for bitcoin after the 2008 global financial crisis. (Source)

China has long been a repository for bitcoin, which came in the aftermath of the 2008 financial crisis as an alternative to fiat currencies. Much of the world’s bitcoin is mined in China. According to the WSJ, more than 80% of global bitcoin activity took place in yuan at the start of this year.

But recently, China’s central bank has devised new rules to end commercial trading in virtual currencies under the guise of trying to reign in the chaotic marketplace. And this is sure to offer a template for other nations’ regulators.

Beijing’s clampdown on bitcoin is part of a larger effort to root out risks to the country’s financial system. This is prompting virtual-currency activity in China to move off exchanges, where individuals can trade with each other privately. However, it’s difficult to imagine that when relegated to the shadows these virtual currencies will enjoy the same popularity.

Indeed, this is where cryptocurrencies fail the definition of real money: they are not at all rare or indestructible. Once a government decides to shut down cryptocurrency exchanges, the liquidity evaporates rather quickly. And once Bitcoin transactions become illicit, what retailer would risk fines or imprisonment just to transact in digital money? Since an online retailer needs to use a public application to accept cryptocurrencies, then it cannot simultaneously be kept secret from the prying eyes of government—unless you believe retails will move en masse to the dark web. This is different than gold, which can be exchanged for goods and services furtively offline—making it much more difficult for a government to trace and regulate. Cryptocurrencies are decentralized in nature but do rely on a functioning internet to consummate a transaction. Be it an act of nature or war. However the grid goes down, so goes your Bitcoin.

SEE ALSO  How can HRD pave its way in the evolving world of FinTech?

More importantly, new digital currencies are being created by the day. In fact, there are nearly one thousand already floating around. What is the true value of something that can be created by virtual fiat and in innumerable quantities? It takes about $1,300 worth of physical and human capital to pull an ounce of gold from the ground. While it may take a lot of time and energy to mine for new bitcoins, it takes next to nothing to create a totally new cryptocurrency.

Many analysts have attributed the sharp rise in bitcoin over the last year to Chinese investors, who began buying it up in lieu of the yuan amid worries that the Chinese currency would weaken and to escape capital controls. Since the government’s recent clampdown, the country’s share in Bitcoin has dropped dramatically along with its price (over 20% in the past month). The bottom line is that the central planners in China aren’t going to let a bunch bits and bytes supplant their command and control of the economy.

But the fact is that all competing currencies, including cryptos and precious metals, are adversaries of governments whose monopoly on money is the only saving grace for their complete incompetence. This ineptness is going to force them to clamp down on virtual currencies to protect their foothold in the money-creating business.

Therefore, sooner or later, all governments may join with China–sending shock waves through the growing market for virtual currencies. While virtual currencies will still be able to be exchanged in the “back alleys” of the digital world, their liquidity and utility will be trending towards its intrinsic value, which is virtually nothing.

Cryptocurrencies are an ephemeral fad that is in a huge bubble. Gold is money, and there is no need to invent a new and improved version of it. There is, however, a need for gold (real money) to be made into a more efficient currency. And there are already companies that fulfill that role by using a gold-backed private blockchain. Therefore, the perfect form of money, thanks to technology, has now become the perfect currency as well. So, unless you need a mechanism to conduct illicit transactions, there really isn’t any role for Bitcoins to fulfill. Gold is money; a newer and improved version does not exist.

“Money is gold, and nothing else.” -J.P. Morgan